TRIBUTES have been paid to Aoife Beary, one of the Berkeley balcony collapse survivors, who passed away at the weekend.

The 27-year-old was seriously injured in the 2015 incident in California in which six people died. 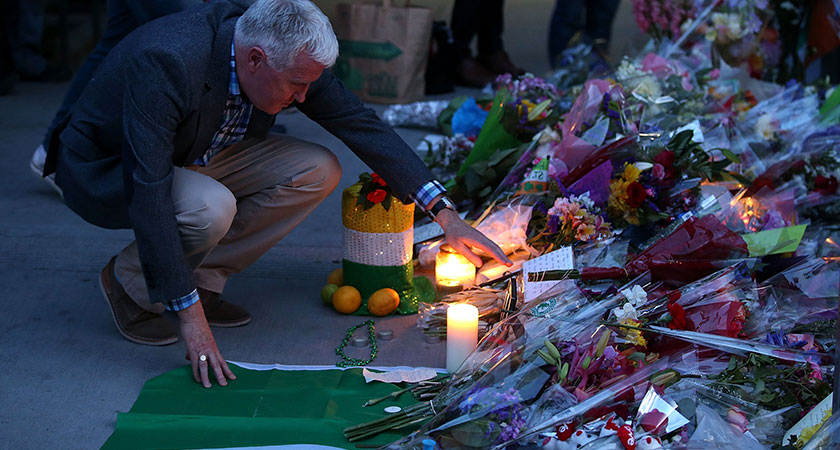 A makeshift memorial at the scene of the tragedy in 2015 (Image: Justin Sullivan/Getty Images)

Like Ms Beary, some of those who died were UCD students who had travelled to America on the J-1 visa scheme.

The university, which dedicated the Rose Garden at Belfield House as a memorial to the students, extended its sympathies to Ms Beary's family and friends.

"Aoife dealt with the devastating impact of her accident with great bravery and fortitude," said then Dean of Science, Professor Joe Carthy.

"She was awarded a BSc in Pharmacology in 2016. She will be greatly missed by her family and wide circle of friends.

"I know Aoife's passing will rekindle memories of the six students who died in the Berkeley accident in June 2015 and our thoughts are with their families too."

We are deeply shocked & saddened to hear of the passing of our beloved past pupil Aoife Beary.Our thoughts & prayers are with Angela Mike Tim Anna & the Beary family at this very sad time.Aoife will always be remembered by her Hollypark family. Ar dheis Dé go raibh a hanam dílis. pic.twitter.com/knXJSG02t2

The US Embassy in Dublin, which likewise created a memorial for the Berkeley victims, also offered their condolences.

"The US Embassy in Dublin wishes to extend condolences to the family of Aoife Beary on the news of her tragic and untimely death," read a statement.

"The Embassy plaque dedicated to the Berkeley J1 students quotes James Joyce: 'They lived and laughed and loved and left.'"

Ms Beary's parish of Foxrock in Dublin opened a book of condolence for her, paying tribute to her and her family's 'incredible bravery',

"We, as a Parish together, are heartbroken as news has broken of the death of Aoife Beary, one of the survivors of the Berkeley tragedy on June 16, 2015 and a parishioner with us here in Foxrock," read a statement from the parish.

"We offer our support and our love to her parents Angela and Mike, her brother Tim, sister Anna, to her wider family and to all who knew Aoife.

"We stand together in solidarity with her family in this terribly sad moment.

“We ask that each of us take a moment over the coming days to pray for Aoife, her family and their incredible bravery over the past six years."

It is with great sadness that we have learnt of the death of our much loved past pupil Aoife Beary. Our heartfelt sympathies are with the Beary family at this very difficult time. Ar dheis Dé go raibh a hanam. pic.twitter.com/BWLXmwuVls

Meanwhile, the Kilmacud Crokes club in Dublin was one of several to offer their condolences to Ms Beary's family.

"The Kilmacud Crokes GAA community is saddened to hear of the death of Aoife Beary," read a club statement.

"Aoife is the seventh person to have lost her life in the terrible Berkeley balcony collapse tragedy which occurred in June 2015. 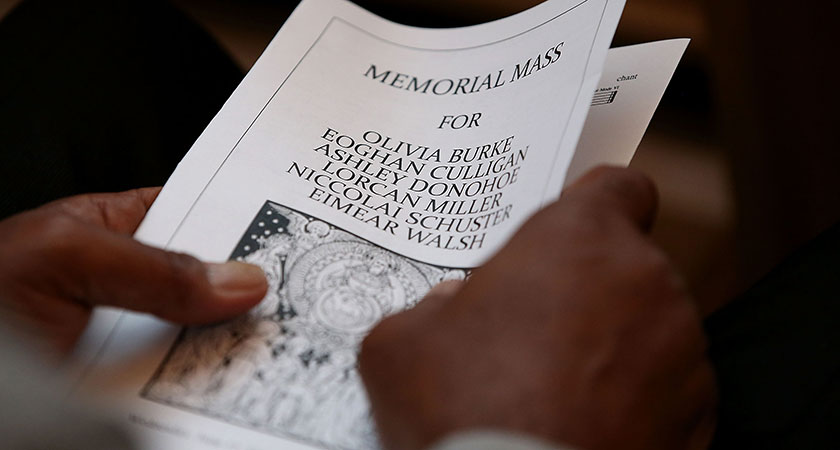 A memorial mass was held at the Cathedral of Christ the Light in Oakland, California in the days after the balcony collapse (Image: Justin Sullivan/Getty Images)

"Like a number of GAA clubs at the time of this tragedy, Kilmacud Crokes had connections with those who lost their lives and were injured.

"The club at the time also mobilised to help with fundraising support for the victims.

"We would like to send our condolences and sympathies to the extended Beary family at this difficult time.

"May Aoife and her friends who lost their lives rest in peace forever."

Ms Beary was one of seven people who were seriously injured in the collapse.

Ms Beary's funeral mass will take place on Friday, January 7, at Our Lady of Perpetual Succour in Foxrock, followed by cremation at Newlands Cross Crematorium.