BELFAST, NORTHERN IRELAND - JANUARY 09: Northern Ireland Secretary of State Julian Smith (R) alongside Irish Tanaiste Simon Coveney (L) make a statement to the media at Stormont after releasing details of a draft deal to restore power to the Northern Ireland power sharing executive on January 9, 2020 in Belfast, Northern Ireland. It is three years to the day since the power sharing executive government in the province collapsed, talks to restore the executive have been ongoing since the general election. The Secretary of State Julian Smith MP has said he will call an election if the parties can not reach an agreement by Monday. (Photo by Charles McQuillan/Getty Images)

THE SECRETARY of State for Northern Ireland, Julian Smith, has been sacked from his position as part of a cabinet reshuffle in the UK government.

Mr Smith, who took the position just last year, confirmed the news on Twitter where he said the role had been a 'privilege'.

"Serving the people of Northern Ireland has been the biggest privilege," he wrote.

"I am extremely grateful to [Boris Johnson] for giving me the chance to serve this amazing part of our country.

"The warmth and suport from people across NI has been incredible. Thank you so much."

Serving the people of Northern Ireland has been the biggest privilege. I am extremely grateful to @BorisJohnson for giving me the chance to serve this amazing part of our country. The warmth & support from people across NI has been incredible. Thank you so much.

The decision has come as a disappointment for many who believe that Mr Smith had succeeded in the role, having worked with Simon Coveney, Sinn Féin and the DUP to get Stormont up and running again after Northern Ireland had spent more than three years without a government. 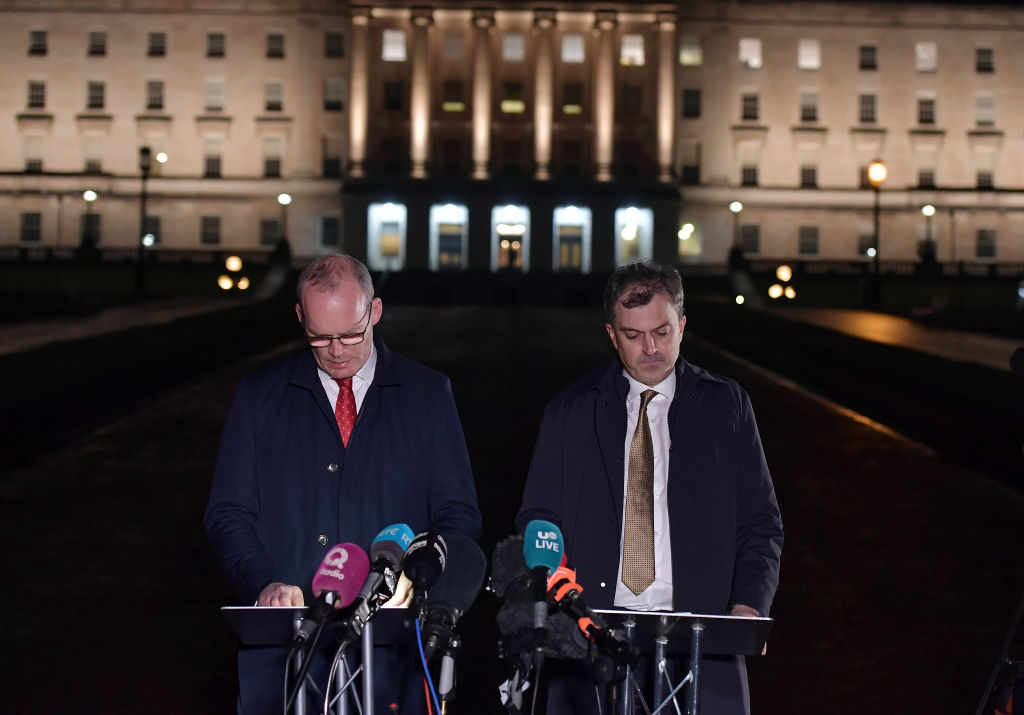 SDLP leader Colum Eastwood had released a short statement last night, 12 February, where he warned that should Mr Smith be sacked it would send 'another signal of indifference' from Westminster to Northern Ireland.

"Far from me to advise [Boris Johnson] on Cabinet picks," he wrote, "but it would be really strange for him to move [Julian Smith] after he achieved Stormont restoration.

"If it happens, it sends another signal of indifference to Northern Ireland."

Far from me to advise @BorisJohnson on Cabinet picks but it would be really strange for him to move @JulianSmithUK after he achieved Stormont restoration. If it happens, it sends another signal of indifference to Northern Ireland.

Julian Smith was seen by many as the most competent Secretary of State for Northern Ireland in a long time, following several high-profile failures by previous Secretaries-- including Karen Bradley, who admitted she had been 'slightly scared' of Northern Ireland before taking the role, and that she did not realise that Nationalists would never vote for Unionist parties and vice versa.

The move comes as Boris Johnson makes the first major changes to his govenrment dfollowing the success of the Conservatives in the UK's General Election in December.

Julian Smith and Housing Minister Esther McVey are the first casualties of the large-scale reshuffling.

UPDATE: SDLP leader Colum Eastwood has released a statement relating to Mr Smith being sacked from his position where he has called the decision "a strategic error".

While Mr Eastwood and mr Smith have their differences, Mr Eastwood says the secretary's involvement was critical to the resotration of government.

“It defies belief that after the successful restoration of power sharing following a three-year collapse, Julian Smith’s reward is a cabinet office P45. It tells you all you need to know about Boris Johnson’s attitude to the North that he would sack the most successful Secretary of State in a decade. He is at best indifferent.

“I want to place on record my sincere thanks to Julian for the work he’s done over the last few months. His change in approach was central to breaking the logjam at Stormont. I found him to be a Secretary of State genuinely committed to acting in the interests of devolution rather than imposing a cabinet agenda on this place. And I remain grateful for the work he undertook with me to secure additional resource for university expansion in Derry.

“The next Secretary of State must be committed to the substance of Julian Smith’s commitments to the North and should learn a lot from his style of engagement.”

Shadow Secretary of State for Northern Ireland, Tony Lloyd, has been approached for comment.