STUNNING pictures show the re-enactment by a number of actors of St Patrick’s first landing on Irish shores in 432 AD.

The group, dressed in clothes from the time, sailed in replica medieval boats past Down Cathedral as part of a recreation of the famed Saint’s life in Downpatrick, Co. Down. 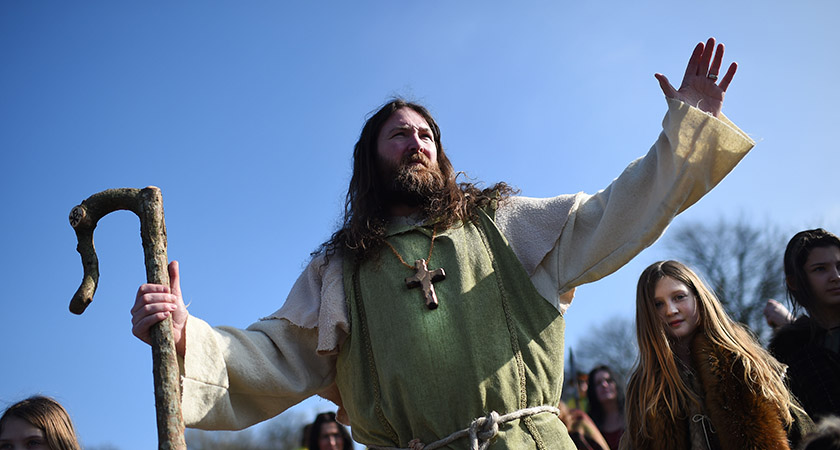 St Patrick is believed to be buried in Down Cathedral. Picture: Charles McQuillan/Getty

Festivities have been gearing up around the world for Saint Patrick’s much-celebrates feast day on March 17.

The Irish annals from the fifth century date Saint Patrick’s arrival in Ireland to 432 and the patron saint of Ireland's remains are believed to buried at Down Cathedral. 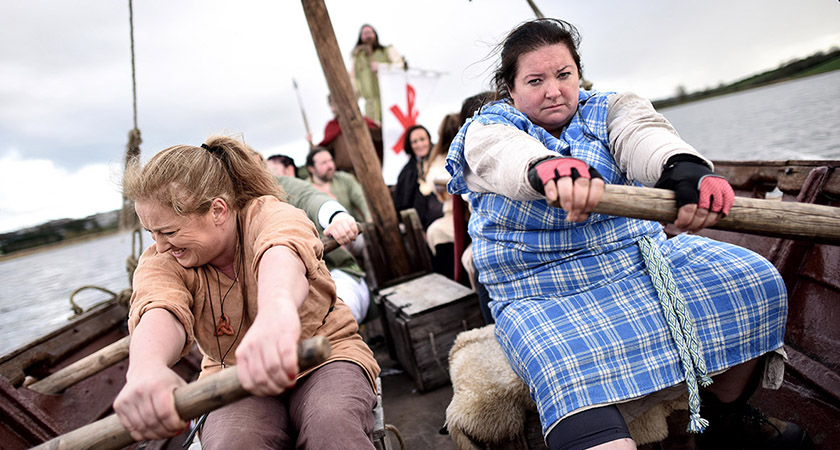 It is often assumed Patrick was born in Ireland, but the mysterious figure is said to have been born in Roman Britain – specifically Wales – around 387BC.

According to the Confession of Patrick, the future Saint was captured by pirates at the age of 16 and brought to Ireland as a slave. 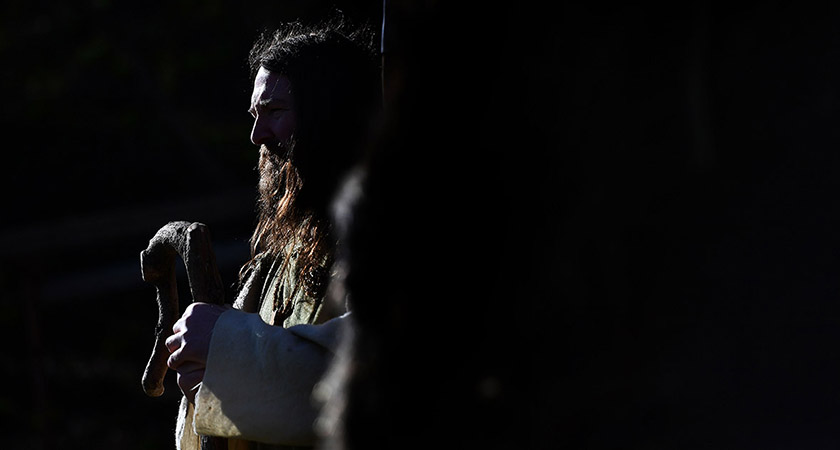 The following six years were spent working as a shepherd on Mount Slemish in Co. Antrim, in which Patrick became a devout Christian.

After six years of servitude he fled his captors and stowed away on board a ship bound for Britain – to return to his family. 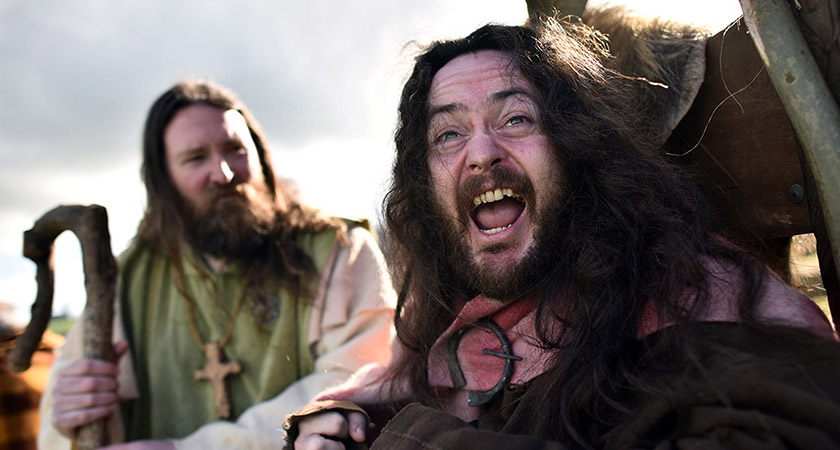 But Patrick always felt a calling for Ireland and experienced dreams compelling him to convert the pagan Irish to Christianity.

He trained as a priest for 12 years in France before returning to the Emerald Isle where he met the Celtic chieftain, Dichu, who was Ireland’s first convert. 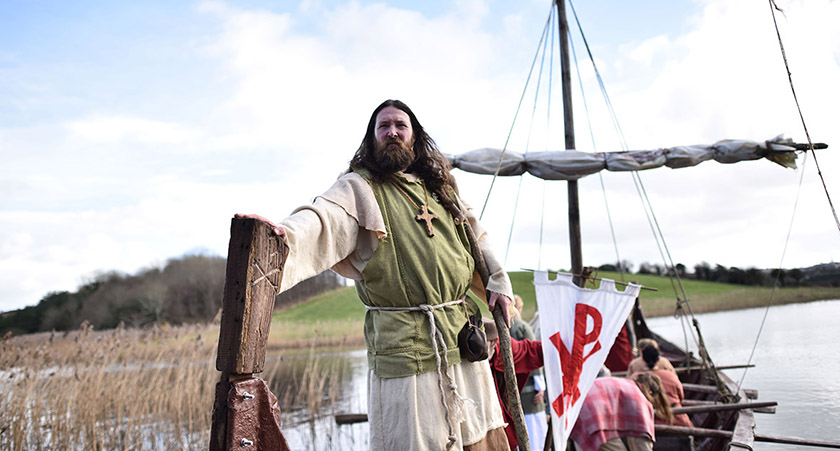 The Welshman is Ireland's patron saint but he was never actually canonised. Picture: Charles McQuillan/Getty

Dichu gifted Patrick a barn in Saul, Co. Down which became Ireland’s first Christian church and proved the first of many.

Saint Patrick, who was born Maewyn Succat, is said to be buried at Down Cathedral, where the re-enactment took place. 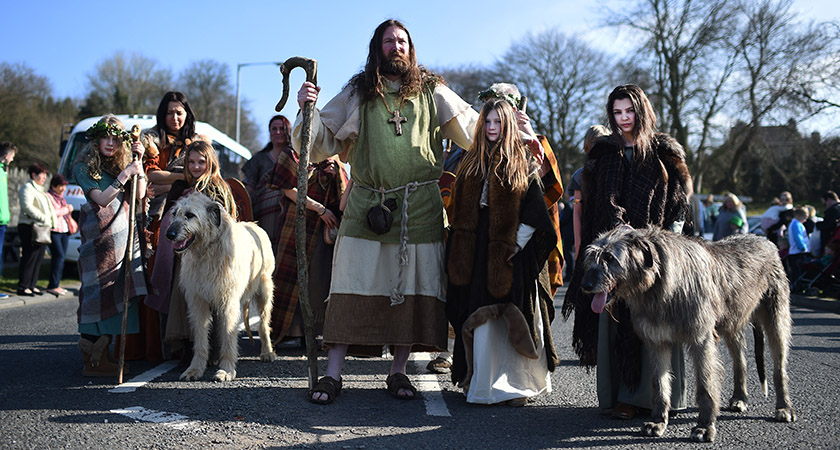 The Saint is celebrated on March 17 which is said to be the date of his death. Picture: Charles McQuillan/Getty