WE MAY share a tumultuous history but one thing the British and the Irish can always agree on are the merits and importance of a good cup of tea.

So it’s no surprise to find the latest tea drinking statistics recorded in Britain revealing that fans of an cupán tae consume 17 cups of Rosie on average each week. 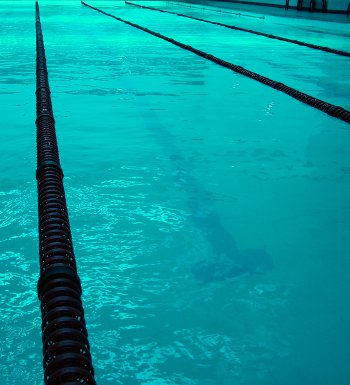 Enough tea is drunk in Britain in a year to fill 5,300 Olympic swimming pools

The figures, compiled by the Dreams Come True charity, show that the average person in Britain consumes 265 litres of tea a year – enough to fill three bathtubs – meaning they will spend an eye-watering £12,500 on tea in their lifetime.

When broken down further the survey reveals that over 55s drink two and a half times the amount of tea as those aged between 16 and 24.

Interestingly, London boasts the least tea drinkers in Britain – consuming only two thirds of the amount of tea taken in the North of Ireland – yet spend the most on a cuppa, weighing out an average £15.94 a month per head in pursuit of a good brew.

When it comes to men and women it seems female tastebuds are moving away from the likes of Barry’s and Pg Tips, with the fairer sex 50 per cent more likely to opt for herbal teas than their male counterparts.

Tea expert Malcolm Ferris Lay, who is working with the Dreams Come True charity, which launched its Dream Tea campaign this month, explained: “We are seeing a rise in the popularity of flavoured teas as more people are becoming experimental and looking for healthier alternatives to the ‘builder’s tea’.”

He added: “But either way we are a country that loves tea and we aren’t about to be cutting down anytime soon. It’s part of our culture.”

Tea also remains a go-to comfort for dealing with life’s problems – as a third of the 1,000 respondents surveyed by the charity confirmed that they reach for the kettle when life gets stressful.

The Dreams Come True charity is hoping tea lovers will indulge in their favoured drop this month and help to raise money for the charity, which fulfils the dreams of children with terminal or life-limiting illnesses.

The organisation’s chief executive Peter Newman said: “The Dream Tea has a simple goal; to raise money to fulfil the dreams of children and young people with life-limiting conditions. We want to make their dreams come true and create a positive impact not just on the children, but on their mums, dads, brothers, sisters, family and friends.”

He added: “The power of dream fulfilment on these individuals and families cannot be underestimated. Every single person who organises or takes part in a Dream Tea will be helping to release that power into the lives of some very special children. And who can say “no” to a nice cup of tea and a piece of cake?”

For further information or a fundraising pack visit www.dreamscometrue.uk.com