A VIDEO of an Irish father getting pranked by his family has gone viral on Facebook.

Brenda Molloy Rothwell from Blanchardstown decided to play a trick on her father Robbie.

Her plan was to place a leek - y'know that green thing you probably thought was a celery in the supermarket - in the cupboard under the sink, then call her dad over telling him that there was a 'leak' under there. 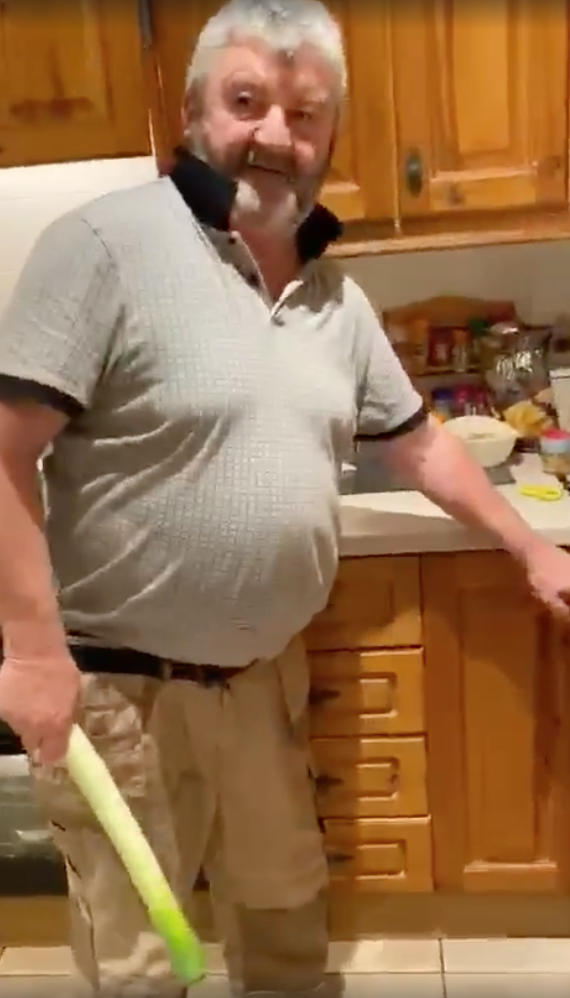 "Dad! I think there's a leak under the sink," she calls out.

Robbie then comes over to inspect the situation, bringing a kitchen towel with him, presumably anticipating a bunch of damp shelves.

The hilarious thing is, after opening the cupboard up, Robbie is so focused on mopping up the water (that isn't there) he completely fails to notice the great big leek sitting in front of his eyes on top of the detergent bottles.

"There's no leak here," says Robbie, tragically dabbing at the floor with his utterly redundant cloth.

"The leek is right there you can see it," replies Brenda.

Eventually, Robbie finds the vegetable and picks it up, before the family erupts with laughter. 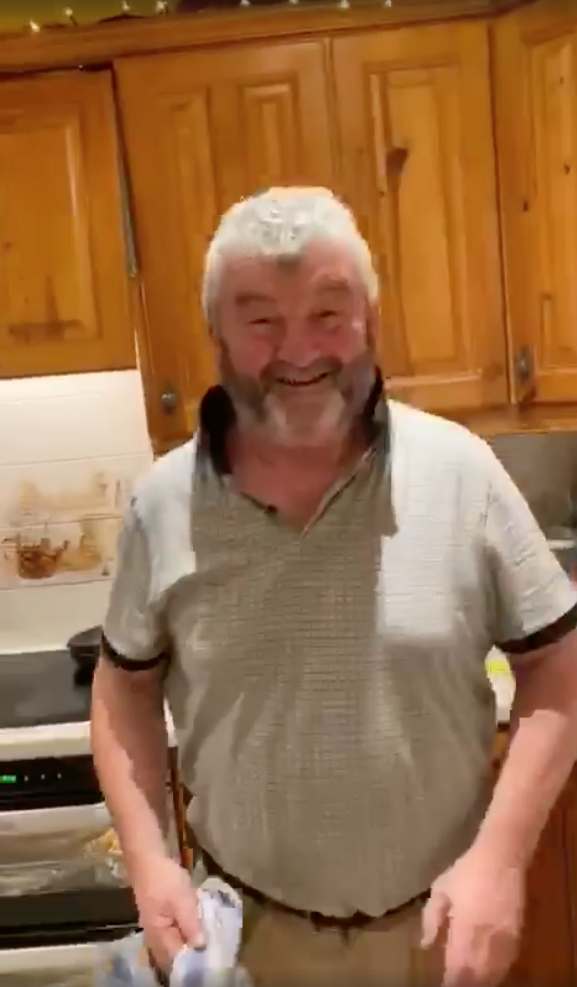 ... And sees the funny said

Initially looking a bit miffed, Robbie's scrunched up face turns to a grin as wide as the leek he failed to spot.

The video, posted on Facebook on Monday, has been viewed over one million times.

Facebook bans Donald Trump until end of his presidency

WATCH: Beautiful moment tiny bird 'revives' its friend after it flew into glass window in Limerick