THE FESTIVE season is upon us – shop shelves are lined with selection boxes, Yankee candles and Lynx Africa gift sets.

However one Irish shop has already been clearing its shelves of Christmas wares in preparation for another major holiday.

Yep, there they are, next to the Christmas candy canes and wrapping paper. 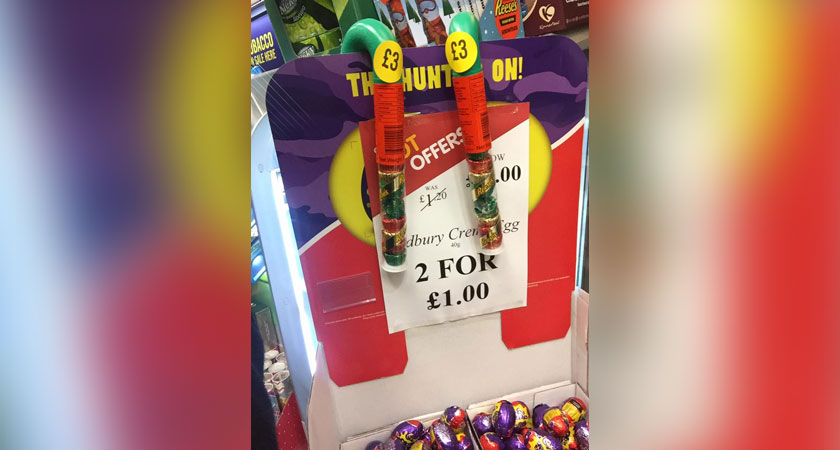 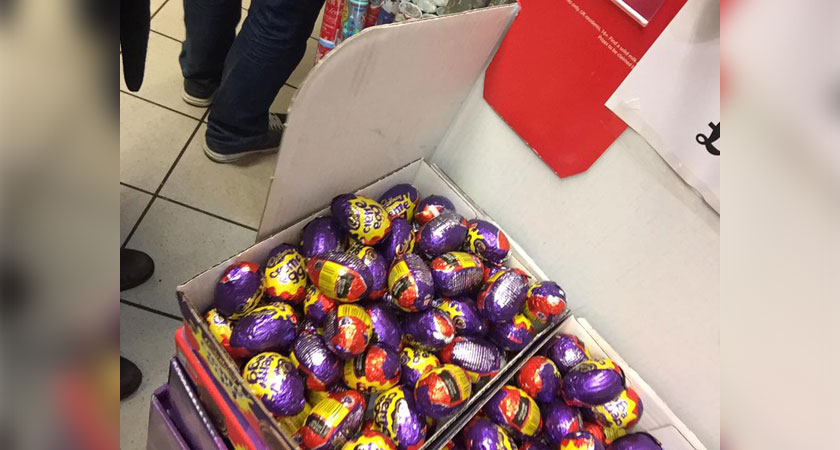 There they are, right in front of the Christmas wrapping paper (Image: Paul Connolly)

I mean come on lads, I'm still tasting that Starbucks pumpkin spiced latte from Halloween – at least let us finish the Quality Street first before foisting the Creme Eggs on us.

The seasonal treat is usually only on sale from January 1 until Easter (which, at April 16 is not even particularly early in 2017) but one shopper snapped these pictures at the Belfast store on December 23.

Not only are they available early, but at a knockdown price of £1 for two instead of £1.20 – who says Christian holidays are become too secular and commercialised?

However this store isn't the only one cracking on with early egg sales, as these Twitter posts show:

The Hunt is on in @SPARintheUK.
So it's the 24th and Jesus hasn't actually been born, yet @CadburyUK Creme eggs are on sale. pic.twitter.com/SMszJmXKmK

Co-op taking down Christmas decorations tonight and apparently the creme eggs are in the stockroom ready!! Christmas was soooo yesterday!! ?

You know it's Christmas Eve when the corner shop in Fishguard has a Cadbury Creme Eggs promotion! Happy Easter everyone pic.twitter.com/bSlKjD1nlG