THE Italian DJ who claims he was punched by Conor McGregor as they partied together in Rome says nothing will convince him to withdraw his complaint, even if he's offered €10 million.

Francesco Facchinetti took to Instagram earlier this week to reveal a broken nose and busted lip - injuries he says were inflicted by McGregor.

The UFC star had hired Facchinetti to DJ at a party he had thrown at the St Regis Hotel on Saturday night following his five-month-old son Rian's christening, which took place in the Vatican earlier that day.

Facchinetti says the attack was unprovoked, and on Tuesday he filed a complaint with Italian police.

Posting a copy of his official complaint form on social media, he wrote: "Do you think I was joking? In here is everything that happened from A to Z." 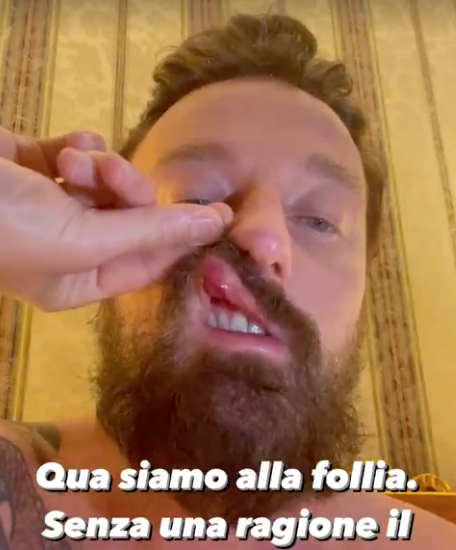 Facchinetti says he isn't interested in being "paid off" to withdraw the complaint, even if he was offered a sum as big as €10 million.

"I could have shut up and not said anything to anyone, but since I'm here to tell it, I must say that that person is really violent and dangerous," he told Italian radio station Radio 105 on Wednesday.

"If McGregor's lawyer were to call me tomorrow and offer me €10 million to withdraw the complaint and to withdraw everything, I would say no.

"That is a highly dangerous man, seeing him in front of your eyes is another thing than reading about him."

If McGregor is charged with assault, he could face up to three years in Italian prison.