Six-year-old Alex Madden, seven-year-old Olan Hanrahan and five-year-old Kumail Alhlaichi, have all been selected as the poster children for this year's Mercy Heroes campaign.

All three have availed of POONS, the Paediatric Oncology Outreach Nursing Service at the Mercy Hospital, which allows children with cancer to receive treatment from the comfort of their own home.

These brave Cork kids have transformed into their favourite superheroes to focus attention on the Mercy Heroes fundraising day on Friday, October 19, to ensure that other children can avail the service that has helped them.

Wonder Woman - aka Alex Madden from Aherla - has struggled with a rare form of cancer since she was born and has been attending the Mercy University Hospital since the age of one. 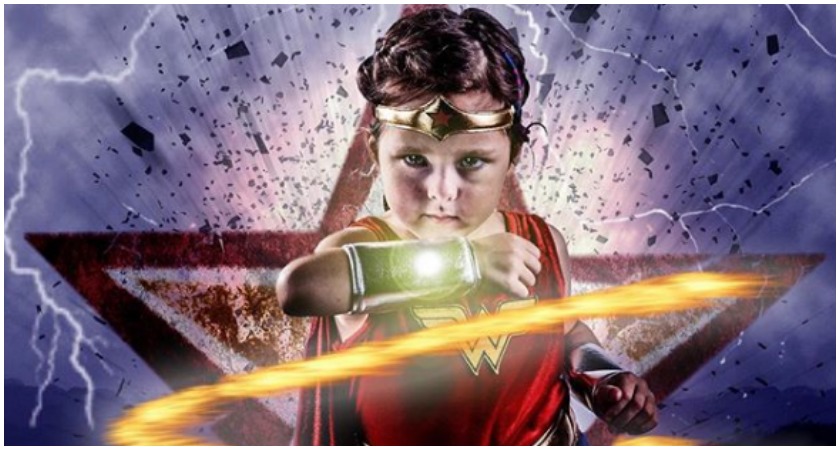 Alex's mother Jennifer Coughlan revealed the rarity of her illness and the difficulty in its diagnosis.

"Alex’s skin was black and blue and her bloods were low," she said.

There were many trips up to Crumlin Children’s Hospital. Leukaemia and Lymphoma were suspected but various cancers were ruled out until eventually — when Alex was just over the age of one — she was diagnosed with RALD (RAS-associated autoimmune leukoproliferative disorder), a rare genetic disorder of the immune system, and as Jennifer explains, it is “under the umbrella of leukaemia”.

“No other kid in Ireland has it,” she continued. “We don’t know if there’s anyone in Europe, although at the moment there is talk of a boy in Scotland who has it.”

The cancer mutation was aggressive with Alex, and caused her health to deteriorate drastically.

“The cancer mutation brought Lupus and arthritis. Then it started taking hold of her body, attacking her kidneys. She had her own seat in the yard at pre-school and they’d have to lift her to the yard, lift her to the toilet. She had constant ‘sunburn’ on her face from the Lupus. It was Lupus Type Four which is never seen in kids. Her bloods were fighting with her immune system. Her good bloods were dying inside her.

“We had to sign forms that were kind of saying ‘we’re here to save her life… But she might die.’ We had no choice; it was taken from our hands”, says Jennifer, remembering that dark time when they spent three months away from home, heartbroken to be leaving behind Alex’s brother, Ríain, who was five and a half at the time.

“She was six weeks in the hospital there and then six weeks in a house that the hospital supplied for us. She was in isolation there — and back home she was in isolation as well. She couldn’t go to playschool for six months. If Ríain had a cough or cold he couldn’t go in to her. She was in and out to the Mercy with masks on. She basically had no immune system.” 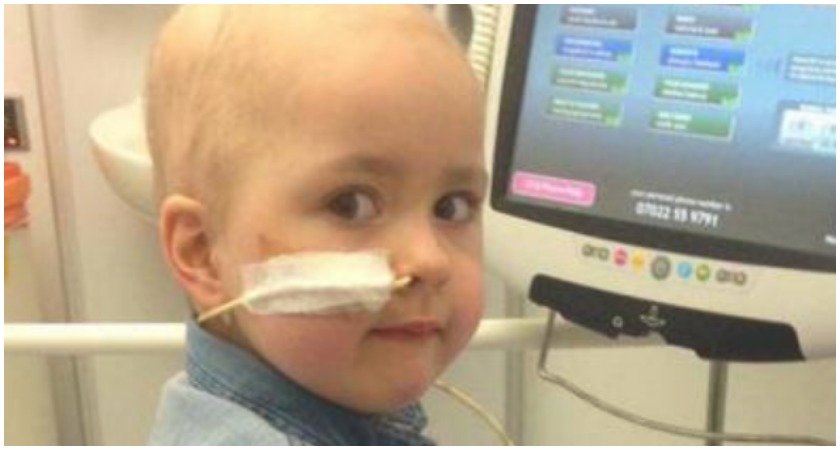 Alex in hospital in Newcastle in 2016. (Picture: Jennifer Coughlan)

Jennifer and the rest of Alex's family - dad Noel and brother Riain - are grateful to the staff at Mercy Hospital, in particular Dr Clodagh Ryan, the Paediatric Haematologist who diagnosed Alex’s condition and has been with her every step of the way.

“She’s never seen a patient with this condition and may never see it again in her career”, explains Jennifer. “She’d text us to find out about blood results when we were in Newcastle or we’d ring her to discuss the bloods. To us, she is a lifesaver — there are no words to describe her.

“The oncology nurses, Olga and Peg, came out to the house two to three times per week, meaning we only had to go into the leukaemia clinic once per week. The girls would come out to clean Alex’s Hickman line and give her different medicines through it.”

Two years on from Alex's transplant in Newcastle,

While she is now on the road to recovery, it is estimated that she will remain under the care of Dr Ryan until she is 18.

“We now go to the unit every third week, where she’s hooked up for a couple of hours every time. The treatment is called IVIG [Intravenous immunoglobulin] and she takes a medicine called Sirolimus [to prevent transplant rejection] every day, as well as loads of other medicines. We’re hoping she’ll stop treatment in January. The transplant was to get rid of the mutation and with that she got a whole new immune system. Please God that’s all gone — and will stay that way."

Jennifer and her husband Noel have tried to keep everything as normal as possible for the family, and with the exception of the nine months Jennifer took off around the transplant, they have continued to go out to work every day, she as an air hostess and he as a guard.

Alex also has her routine, having started school last year when she was “a good five and a half”.

Both Jennifer and Noel’s workplaces, plus Alex’s school — and many of their friends — are holding Mercy Heroes coffee mornings on October 19 — and the invitation is open to people all over Cork to host their own fundraisers to help raise funds for POONS.

The POONS service is the only one of its kind in Ireland and for the past five years the Mercy Hospital Foundation has helped to fund the service through voluntary donations and now a further €40,000 is required to ensure the service continues.

To get involved, register at www.mercyfundraising.ie and you will receive a free Mercy Heroes pack full of information and ideas.

Governments of Ireland, Northern Ireland and US commit to joint partnership in fight against cancer