A CORK photographer captured a series of incredible images of a crow carrying a cygnet after snatching it from its brood-- and then went on to save it.

Finbarr Buckley, a photographer who shares his images via his dedicated Facebook page 'Finbarr's Photo Gallery' was in the right place at the right time when he managed to save a newly hatched cygnet from the talons of a Hooded Crow. 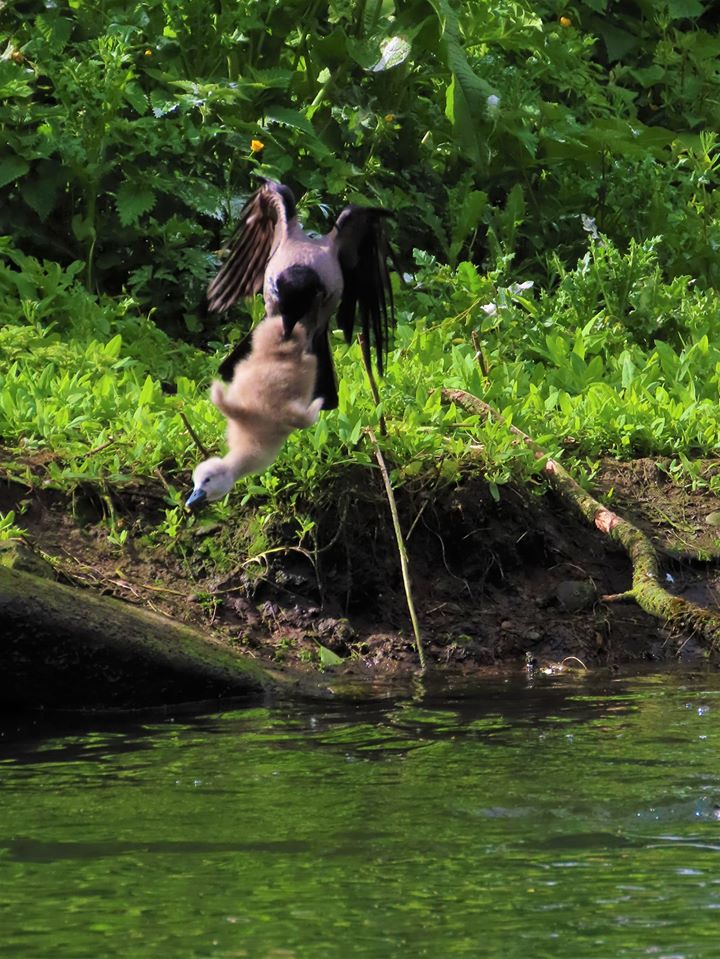 The lensman was taking snaps at the Atlantic Pond close to the River Lee in Cork over the weekend when he noticed a murder of Hooded Crows attacking a nest of cygnets.

He told local outlet Cork Beo the intelligent birds waited until the parent swans took the cygnets out of the water to get their body temperature up when they attacked.

"I saw one of the crows snatch a cygnet and take off, I managed to get a sequence of pictures showing what happened," he explained.

The animal lover then made the split-second decision to try and help the baby swan, saying "I clapped my hands and the crow dropped the cygnet, it fell to the water and managed to get back to its parents."

Saying he has received "a bit of stick for this" from people who told him he should have let nature take his course, Finbarr explained that the attack happened in the city's bird sanctuary which is "overrun with crows, magpies and jackdaws".

He had previously warned that predatory birds are "at such a level that the songbirds are falling year by year", after he captured a photograph of a Jackdaw with a young blackbird who "didn't stand a chance".

"When the cygnets and ducklings are very young, they target them and you'd see the chicks just disappearing, they don't have a chance. You'd see parents with six or seven chicks and they are just taken one by one, so I decided to do something to try and help this cygnet."

Finbarr definitely has a way with birds, as he told the outlet there are a number of 'tame' robins who make regular appearances near his home in Douglas.

"I have a few very tame Robins," he told Cork Beo.

"I've named them Robin Downey Jnr, Robin DeNiro... they are used to the camera, they like being fed and they will actually pose for me!"

You can find more of Finbarr's incredible nature shots from around Cork on his Facebook page.