IRISH COMEDIAN Dara O Briain has spoken publicly for the first time about his experience of being adopted and the search for his birth mother.

The writer and television host revealed to The Irish Times that he has a “fantastic relationship” with his adoptive parents, who told him at an early age that he was adopted.

“I come from an unbelievably content family background,” he said. “Being adopted [for me] is a state of knowing you’re adopted, then it not being mentioned for ages. And then at a point in later life going, ‘hang on, am I adopted?’

“I remember my father coming to London for lunch, and we had one of those conversations where you just clear the decks on everything. I told him, ‘I seem to remember knowing this’, and he said, ‘yeah, but it’s not a secret. I quit telling you because, you know, why would you keep saying it?’”

The 48-year-old was inspired to begin searching for his birth mother after watching the film Philomena, starring Judi Dench and Steve Coogan, which told the true story of Philomena Lee, an Irishwoman who embarks on a search to find her forcibly adopted son.

“Maybe [my birth mother] might want to know how it turned out. And maybe it’s our responsibility to go, ‘that worked out … I did end up in a stable home, and you should be grand about that,” he explained.

Unfortunately, despite some positive developments, O Briain said he had come up against several legal barriers when it came to accessing birth certificates that would, crucially, list birth parents’ names.

“The search is unnecessarily hard,” he said “Start-of-life documentation, which concerns their lives – adopted people do not have the right yet to automatically get that.” 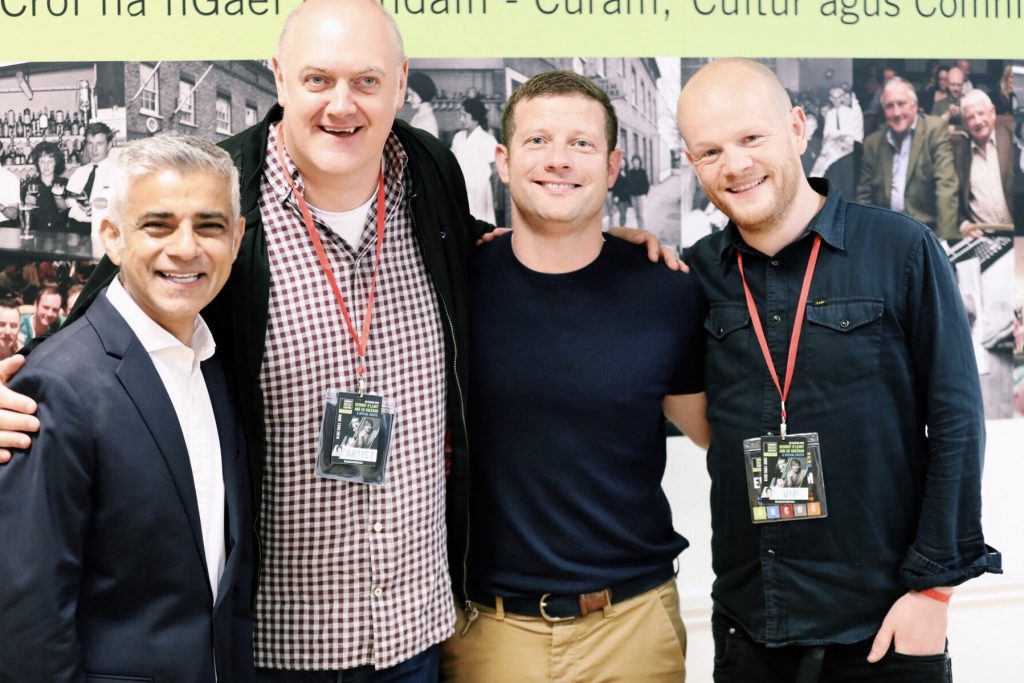 However, O Briain did eventually managed to track down his own birth certificate, in what proved to be an emotional moment for the popular comedian.

“I remember getting this birth cert and folding it and thinking, ‘I do not want to open it’. I wanted to find a quiet moment to open this document,” he said.

“I remember finding it and reading it for the first time. It’s an elemental piece of paper. It’s a huge document to get in your hand. I wasn’t crying or anything like that, but it was still ... that this other person is me.”

O Briain was eventually able to track down his birth mother and has been able to forge a relationship with her in the time since.

“I talked to my birth mother about it today, and I said, ‘look, did you want this?’ and she said, ‘there was no choice in this’. The whole thing was built on shame and expediency and a feeling of, just get this done.”

In a further twist, after meeting his mother, the comedian discovered he had biological siblings.

O Briain spoke about his adoption as part of the Irish Times Winter Nights festival, a series of special online talks.