A DERRY bus company has apologised for advertising a shopping trip to Dublin when Northern Ireland is set to be in lockdown.

GD tours in County Derry became the centre of criticism after it advertised seats on a bus to Dublin's Dundrum Shopping Centre for a full-day shopping trip on 5 December.

Promising a "relaxing day to the biggest shopping centre in Ireland" at a cost of £25 per person, the trip would have seen people from Northern Ireland cross the border and spend the day inside the Dublin shopping centre while the north was in a two-week 'circuit-breaker' lockdown.

Shops in Ireland are expected to reopen next week, just as the north is heading into another lockdown with all non-essential retail closed as cases remain at a high rate.

In a now-deleted Facebook post, GD tours wrote: "With shops closing in the north tomorrow at 12 midnight! The south is reopening on Monday 30th. Let's get seats sold and ave a relaxing day to the biggest shopping centre in Ireland ...  with over 100 designer shops under one roof!"

However, even though retail will reopen, citizens in the Republic are still asked to remain in their county and not cross any borders unless for essential reasons. 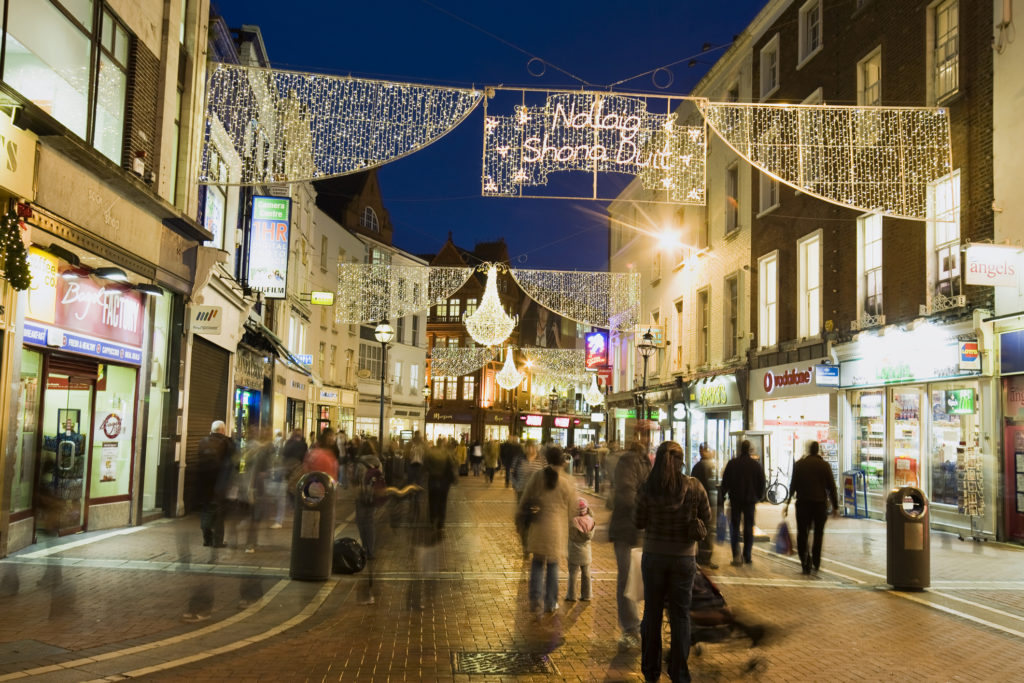 Non-essential retail will reopen in Ireland to allow people to do Christmas shopping, but people are asked not to leave their own counties. (Getty)

Following severe online backlash, the Facebook post has now been removed and GD tours have released another statement on social media regarding the controversial trip.

"The shopping trip to Dundrum ... won't be going ahead as after double checking travel restriction it's not possible at this time," a spokesperson wrote.

They added "If I have offended anyone in any way I again am sorry".

GD Tours owner spoke on RTÉ's Liveline radio show yesterday where he said he had organised similar shopping trips to Dublin before the pandemic which were always very popular.

He was not aware that people in the Republic were still asked to remain inside their county, he said.