Donald Trump acquitted of all charges by Senate in impeachment trial

PRESIDENT TRUMP has been cleared of all charges during his impeachment in the Senate.

It brings an end to only the third presidential impeachment process in American history, and Trump will now become the very first impeached president to seek re-election.

The Senate, run by the Republican Party, voted to acquit Mr Trump 52-48 on charges of abuse of power and 53-47 on obstruction of Congress.

The charges relate to an alleged pressuring of Ukraine in an attempt to smear potential presidential rival Joe Biden. 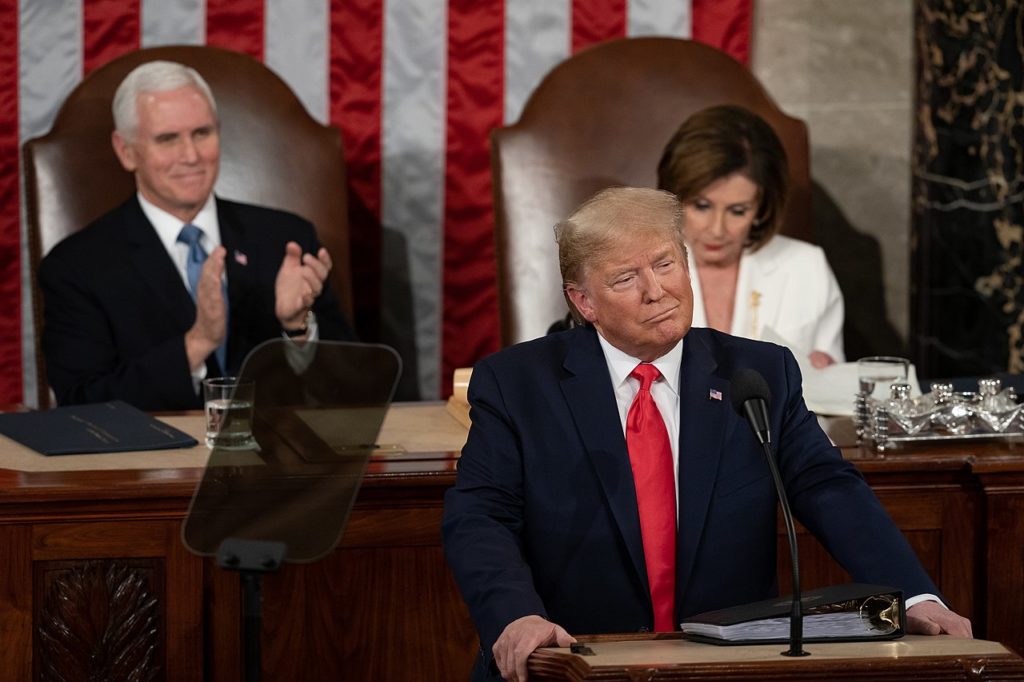 Trump during his State of the Union address on Tuesday

As the Senate was Republican controlled, Trump was always expected to survive the vote, with Senator Mitt Romney being the only Republican to break party lines and vote to convict the President.

Mr Romney called Mr Trump’s actions "perhaps the most abusive and destructive violation of oath of office that I can imagine" and "an appalling abuse of public trust".

"Had failed presidential candidate @MittRomney devoted the same energy and anger to defeating a faltering Barack Obama as he sanctimoniously does to me, he could have won the election. Read the Transcripts!" He wrote on Twitter.

The evening before, Trump had delivered his State Of The Union Address where House Speaker Nancy Pelosi was spotted ripping up the President's speech once he had finished speaking.

When asked why she did what she did, Pelosi told reporters: "Because it was the courteous thing to do considering the alternatives," adding: "I tore it up. I was trying to find one page with truth on it. I couldn't."

Supporters of Mr Trump were quick to joke that he should tear up the impeachment papers in front of Pelosi to exact his revenge.