DONALD TRUMP reportedly thought about sending Americans infected with coronavirus to Guantanamo Bay in an effort to stop the virus from spreading during the early days of the pandemic.

The extraordinary claim originates from a new book from two Washington Post journalists which offers fresh insight to the behind-the-scenes chaos of the Trump administration's controversial response to the outbreak.

It alleges that during a meeting in February 2020, just a week or so after the first case of Covid-19 was detected in the US, Trump gathered his senior advisors in the Situation Room and asked them what he should do with infected Americans entering the country from abroad.

"Don't we have an island that we own? What about Guantanamo?" Trump reportedly asked his staff.

"We import goods, we are not going to import a virus."

For the book, titled Nightmare Scenario: Inside the Trump Administration's Response to the Pandemic That Changed History, authors Yasmeen Abutaleb and Damian Paletta interviewed over 180 people, including a number of senior White House staff members and government health leaders.

Trump was widely criticised for his administration's response to the pandemic. While travel from China was banned almost immediately, the US were slow to react to the ever-changing nature of the outbreak.

Trump's critics slammed him for continuously playing down the seriousness of the pandemic, and indeed the necessity to follow public health guidelines such as wearing face masks and maintaining social distance.

He was also ridiculed for suggesting that Americans should inject themselves with bleach in order to kill the virus.

Guantanamo Bay is an American-owned prison on the island of Cuba. 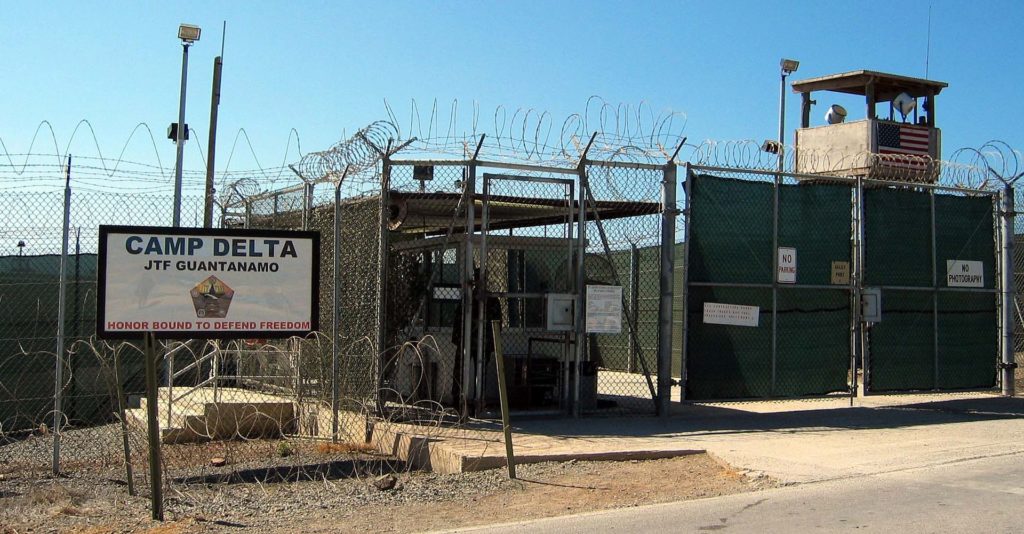 It was established in 2002 by former President George W. Bush following the announcement of the war on terror in the wake of the 9/11 attacks.

Due to rumours of indefinite detention without trial and accusations of torture, the prison is considered by many to be a major breach of international human rights laws, and former President Barack Obama pledged to have the facility closed down, but failed to pass the notion through Congress.

Like Obama, President Joe Biden pledged his intent to shut the prison down earlier this year.