DONALD TRUMP has filed a lawsuit against tech giants Twitter, Facebook and Google, claiming that he's the victim of "censorship".

On Wednesday, Mr Trump said the lawsuit was "a very beautiful development for our freedom of speech".

Addressing reporters at a news conference, the former president accused the social media behemoths of spouting misinformation, and for playing politics by banning or deleting any accounts or posts that align with their own ideologies.

"We are demanding an end to the shadow-banning, a stop to the silencing, and a stop to the blacklisting, banishing, and cancelling that you know so well," he said before warning that if they can ban the President of the United States, "they can do it to anyone."

The class action lawsuit also targets the CEOs of Twitter, Facebook and Google and requests a court order to end alleged censorship. 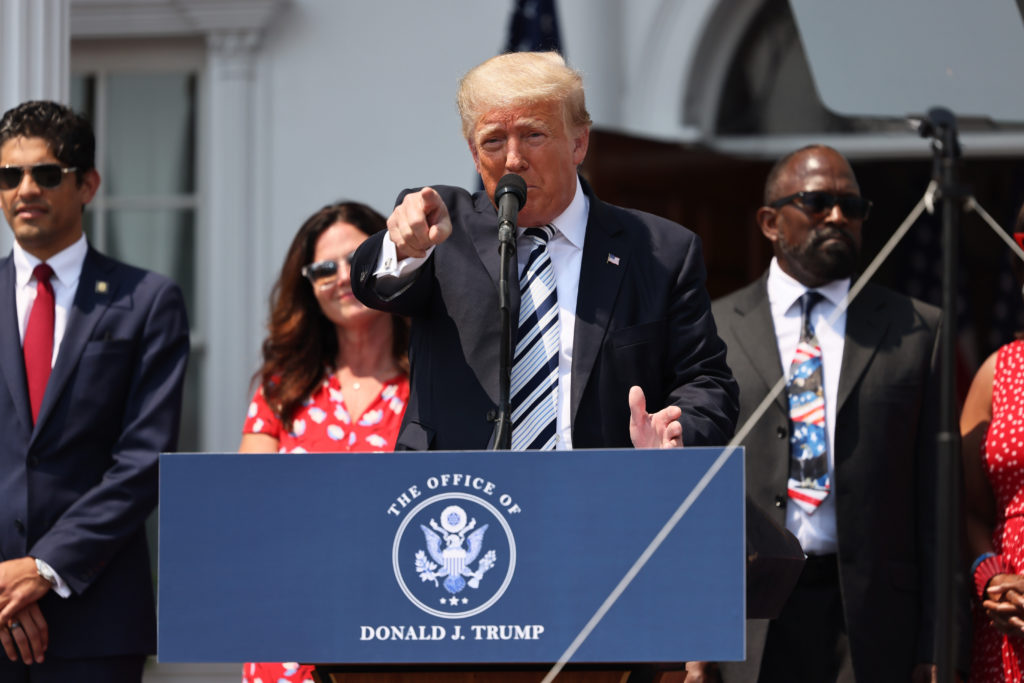 Trump has been an ardent critic of 'big tech' ever since he was elected into office back in 2016, and has frequently claimed companies like Twitter and Facebook hold too much power.

The 75-year-old was booted off all major social media networks for his perceived role in the Capitol riots on January 6.

Supposedly spurred on by Trump's insistence that the election had been stolen from him, a number of his supporters stormed the Capitol building in Washington DC in an attempt to stop Congress from certifying Joe Biden's victory.

Five people were killed during the riots, including one police officer.

The decision to strip Trump of his social media privileges split opinion across the world.

While some felt as if the president was blatantly inciting violence and any action taken by the tech companies to silence him was justified.

Others however, felt as though private companies have no right to censor a democratically elected official, not least the president, and that a dangerous precedent has been set whereby un-elected CEOs have the ability to manage what the world views, reads and listens to.