DONALD TRUMP kicked his chief of staff Mick Mulvaney out of the Oval Office because he was coughing too loudly as the President was conducting an interview.

ABC’s George Stephanopoulos was asking Trump whether or not he planned to release his, so far withheld, tax records amid calls from House Democrats for him to do so.

Whether he was using it as a diversion tactic or whether Stephanopoulos’s question had irked him to the point where even someone quietly criticising Obamacare in corner would rile him up, Trump insisted that the culprit of the reflex exhaliation be removed. 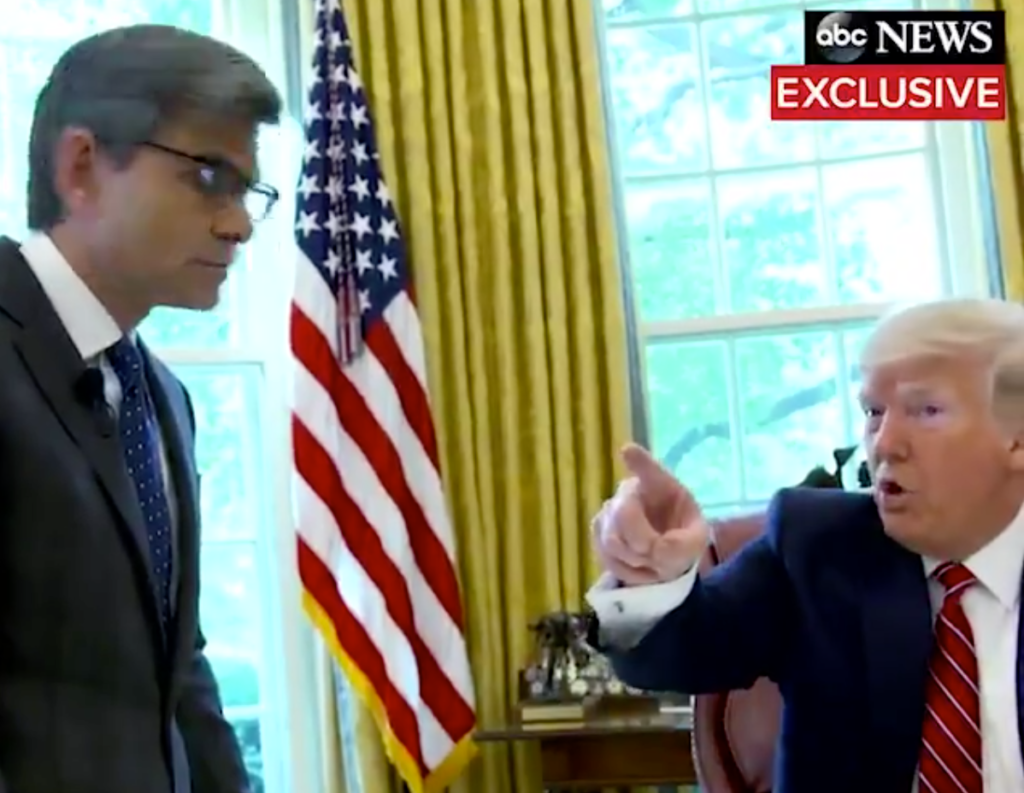 “Let’s do that over, he’s coughing in the middle of my answer,” Trump told Stephanopoulos.

“You just can’t, you just can’t cough,” he added while shaking his head in fervent disappointment.

President Trump has withheld his financial statements from public release thus far, breaking decades of Presidential tradition, but insists he hopes that one day, the public will get to see them, as he stressed, “it’s a fantastic financial statement.” 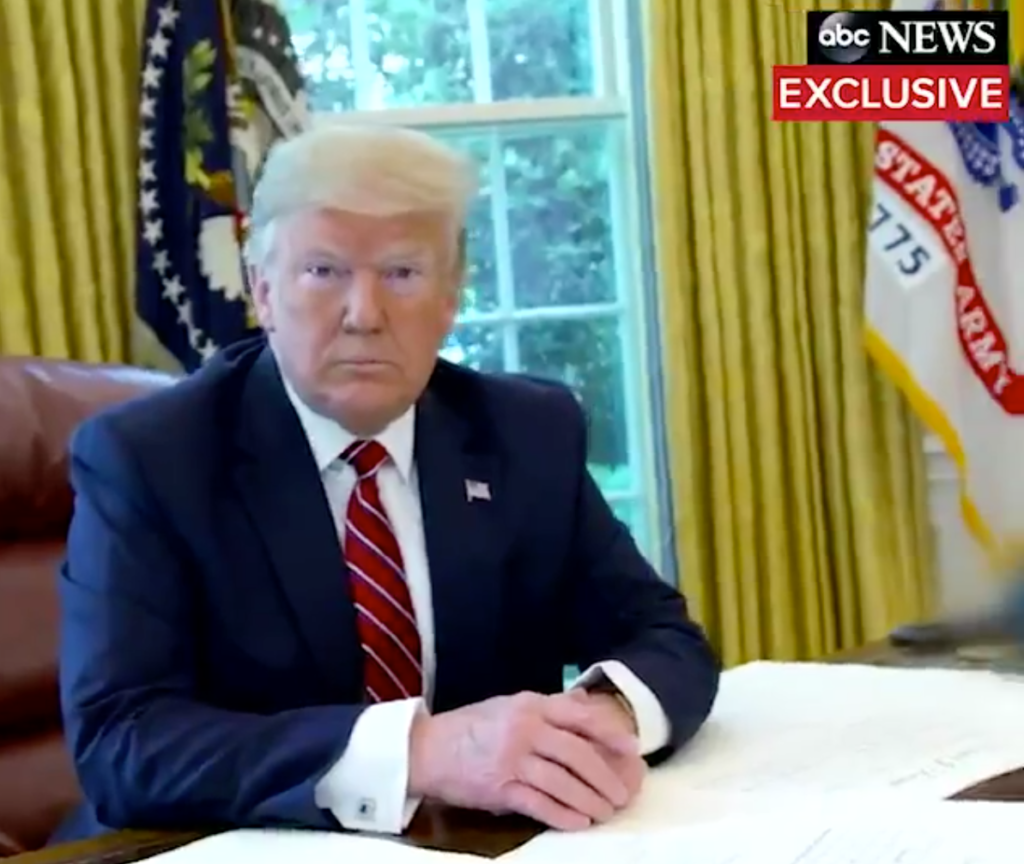 During the short conversation about his records, Trump described the Senate as a “disgrace” for pushing him on the subject.

“So at some point I look forward to, frankly, I’d like to have people see my financial statement. It’s phenomenal,” he added.

“That’s up to you,” argued Stephanopoulos.

“No it’s not up to me, it’s up to lawyers. It’s up to everything else,” Trump responded.

“They [the Senate] are asking for things that they should never be asking for. They’ve never asked another President for,” he added.

“They wanna go through every deal I’ve ever done. What they’re doing is a disgrace.”

Stephanopoulos reminded Trump that other Presidents had turned over their tax returns before, but was shot down as Trump insisted that this was just the work of Democrats who want to “demean and hurt as much as possible” in order for their candidate to win the next Presidential election.

Trump tells acting Chief of Staff Mick Mulvaney to leave the room for coughing during his interview with @GStephanopoulos. pic.twitter.com/PugvdfssMs