DONALD TRUMP’S application to construct a protective wall around his Doonbeg golf resort has been rejected by planning authorities in Ireland.

The President had been hoping to get plans for a protective wall approved amid concerns that the 18-hole, 4.5 kilometre golf course would be left exposed to storms and erosion.

However, Ireland's planning appeals authority An Bord Pleanála has now moved to overturn that decision, citing concerns about the potential impact the construction of the walls would have on the areas natural coastal sand dunes.

The inspector’s report states: "The main element of the development comprises the construction of two new coastal protection structures at the strand side of the dunes, one located at the southern end of the site and a second smaller structure to be located at the northern end.”

"The Board is not satisfied that the proposed development would not result in adverse effects on the physical structure, functionality and sediment supply of dune habitat.” 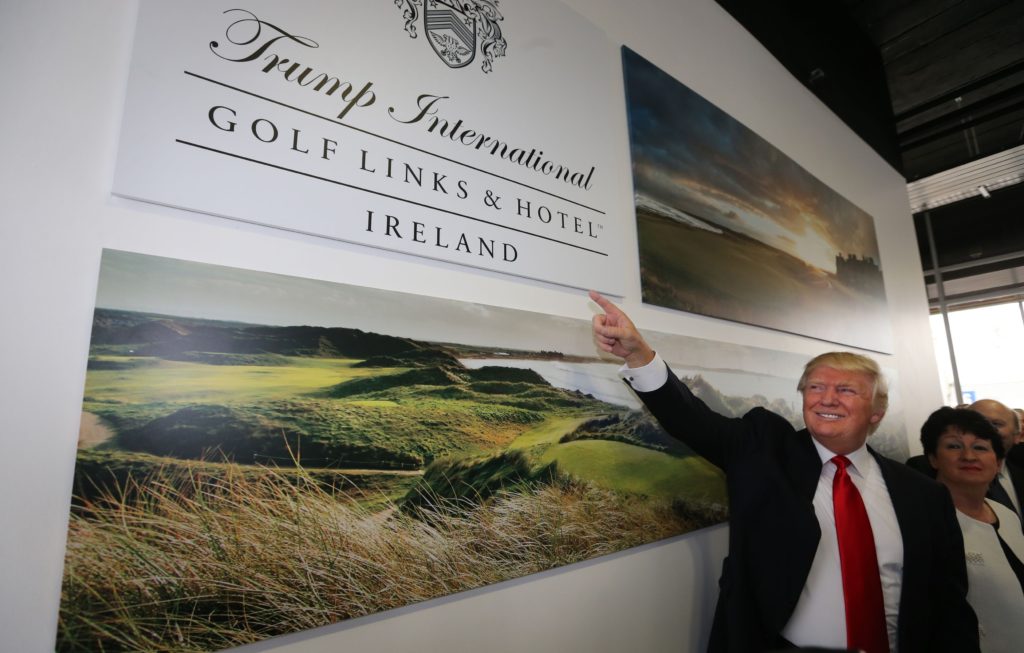 The decision marks a major victory for environmental and conservation groups, who argued the construction of the two walls would have a negative impact on natural coastal dynamics.

Commenting on the decision, Tony Lowes, Director of Friends of the Irish Environment (FIE) said:

“What was most rewarding was that the Appeals Board followed the scientific advice and set a precedent that will help to protect the long term natural evolution of all of Ireland’s remaining great sand dune systems against even the most powerful development interests.”

FIE collaborated closely with the charity Save The Waves to oppose the plans.

The #NatureTrumpsWalls campaign was then launched in 2016 to raise international awareness and incite action, leading to 100K petition signatures on Change.org and the signing of over 700 letters of objection.