BARRON TRUMP, the 14-year-old son of US President Donald Trump has tested positive for Covid-19.

First Lady Melania Trump revealed the news on Wednesday via a personal statement detailing her experience with the virus.

She admitted that Barron has now recovered and has subsequently tested negative.

"Luckily he is a strong teenager and exhibited no symptoms," she said.

Last month, both the President and the First Lady were diagnosed with Covid-19. Mr Trump spent just three days in hospital before returning to the White House following treatment that allegedly included a cocktail of largely untested drugs. 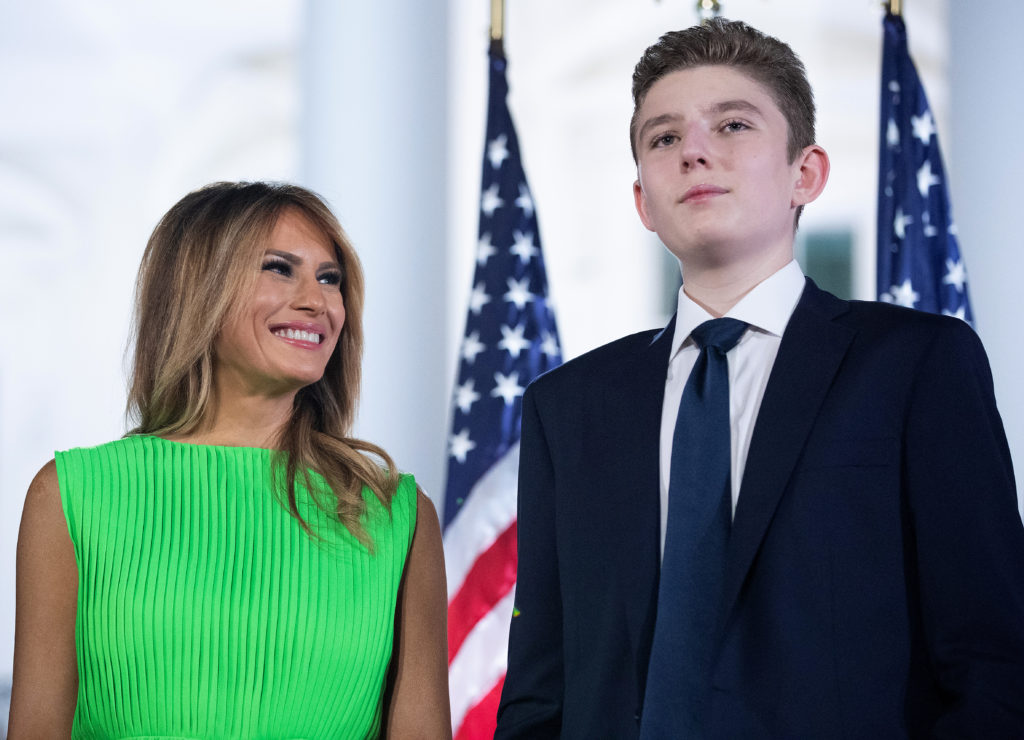 Melania meanwhile admitted that she only experienced mild symptoms; body aches, a cough, headaches and fatigue.

"In one way I was glad the three of us went through this at the same time so we could take care of one another and spend time together," she added.

During a rally in Des Moines, Iowa, President Trump said: "He [Barron] had it for such a short period of time.

"I don't even think he knew he had it because they're young and their immune systems are strong and they fight it off."

He added: "Barron is beautiful and he is free."

The president cited his son's recovery as a reason why American schools should reopen as soon as possible, a move opposed by teachers' unions who fear their members could be infected by students.

He told the crowd: "Barron's tested positive. Within, like, two seconds it was Barron is just fine now. He's tested negative, right?

"Because it happens. People have it and it goes. Get the kids back to school."

Barron Trump is the President's fifth child, and only child with current wife Melania.