'DON'T cry, we're going to die together' - were the words a mother heard from her daughter's mouth as their house was ripped apart by floodwater.

The woman, who spoke anonymously, lived in the German town of Schuld, which has been utterly devastated by the recent flooding.

She miraculously escaped with her life, along with the rest of her family, but was left dumbstruck by her daughter's touchingly poignant words.

"I say to myself, I should be happy we're alive ... but my children don't have a home anymore. What will I do now? I don't know," the woman said outside the ruins of her former home on Sunday.

At least 180 people are confirmed to have lost their lives during what is fast becoming Europe's most destructive series of floods in modern memory, and with hundreds of home destroyed and thousands of residents still unaccounted for, the dear toll is expected to keep climbing.

The floods were triggered by torrential downpours which dumped three months of rain across parts of Germany, Belgium, the Netherlands and Luxembourg last week. 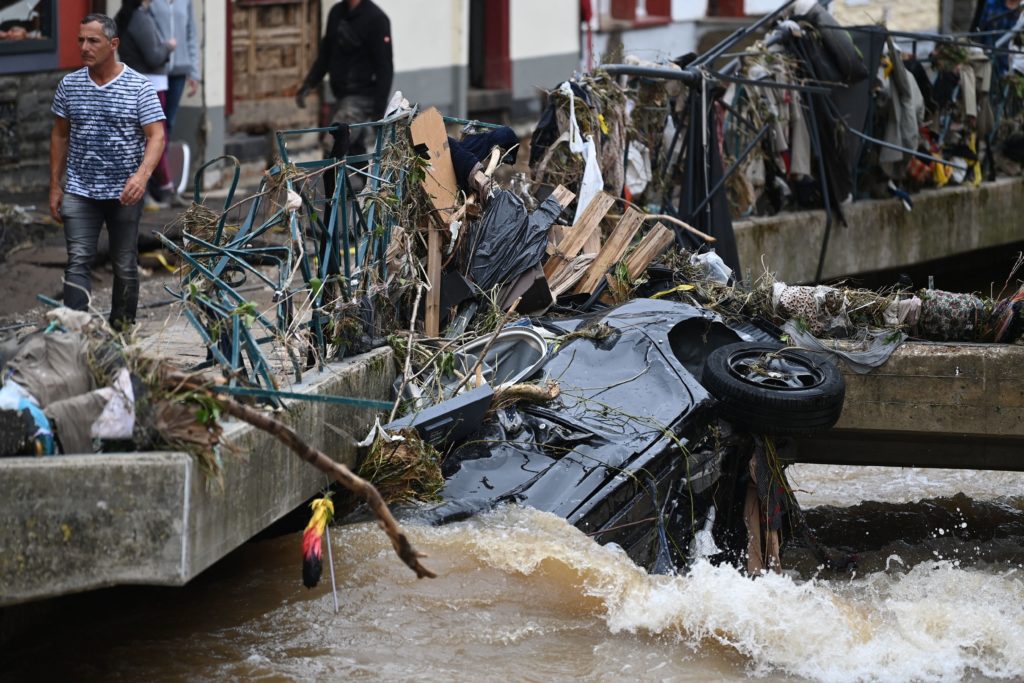 A man walks past a car stuck in the channel, on July 16, 2021, in the pedestrian area of Bad Muenstereifel, western Germany, after heavy rain hit parts of the country, causing widespread flooding. 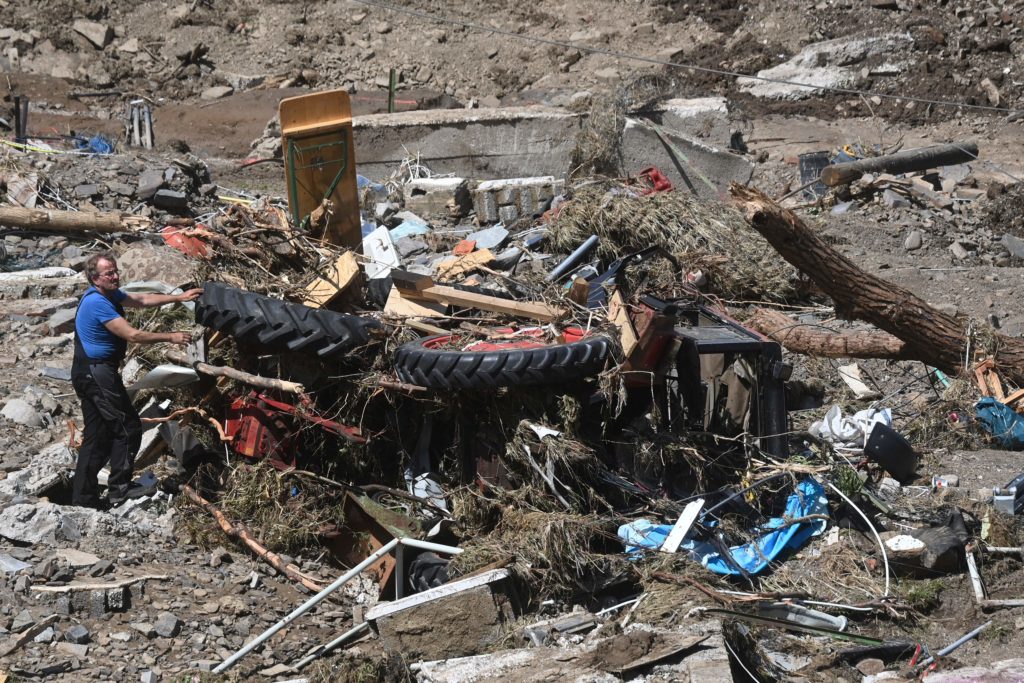 An aerial view shows a man near a truck covered in debris after the floods caused major damage in Schuld near Bad Neuenahr-Ahrweiler, western Germany, on July 18, 2021 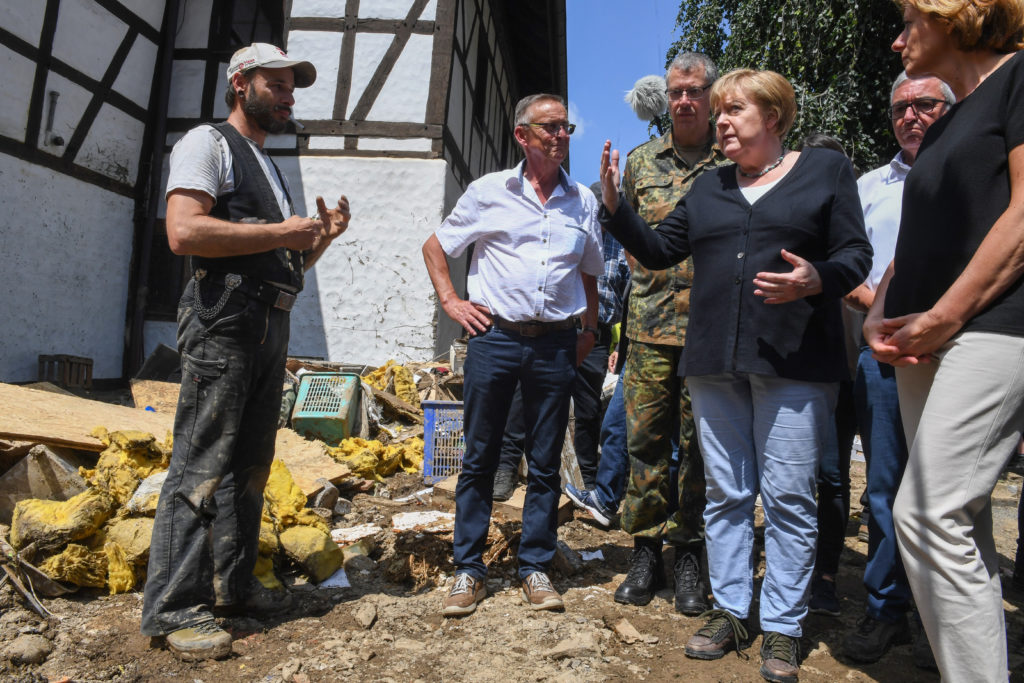 The rains have thankfully now ceased, but homes, businesses and infrastructure across huge swathes of countryside have been destroyed and will now need to be rebuilt.

Germany's finance minister indicated the repair costs will likely be in the "billions".

Visiting the town of Schuld on Sunday, German Chancellor Angela Merkel struggled to find words to describe the scene that greeted her.

Merkel said she came away from the town with "a real picture of, I must say, the surreal, ghostly situation."

"It is shocking - I would almost say that the German language barely has words for the devastation that has been wreaked," she added.

By: James Conor Patterson  -  2 months ago