A DESPERATELY ill Irish boy is set to have his dream made true after being chosen as a mascot for his favourite team Manchester United.

Eight-year-old Charlie Lynch, from Tullamore in Co. Offaly, suffers from a condition called biliary atresia and is in serious need of a liver transplant.

Charlie recently moved to Wales with his mum Helen, 27, and older brother Daniel, 9, in hopes of finding a donor in Britain.

He was not able to be treated in Ireland as the country does not have child transplant facilities such as those available in Britain.

Now, brave Charlie is set to meet the likes of Wayne Rooney, Marcus Rashford and Paul Pogba when he steps out on the pitch for United’s match against Swansea on August 19.

Mum Helen told The Irish Post: “He gets to walk out onto the pitch with the team, gets a signed full kit and also gets to take a penalty against the Swansea goalkeeper.

“He just can’t wait. He especially wants to meet Wayne Rooney and that’s who Charlie has been paired up with so he couldn’t be more excited.”

The family are currently living in Pontypridd, just outside of Cardiff.

The trip to the match in Swansea was arranged by one of Charlie’s teachers at a local school there, who happened to know someone at the charity that arranges mascot packages for children.

But Charlie’s dream trip was almost put off when his hospital said he wouldn’t be able to make the journey. 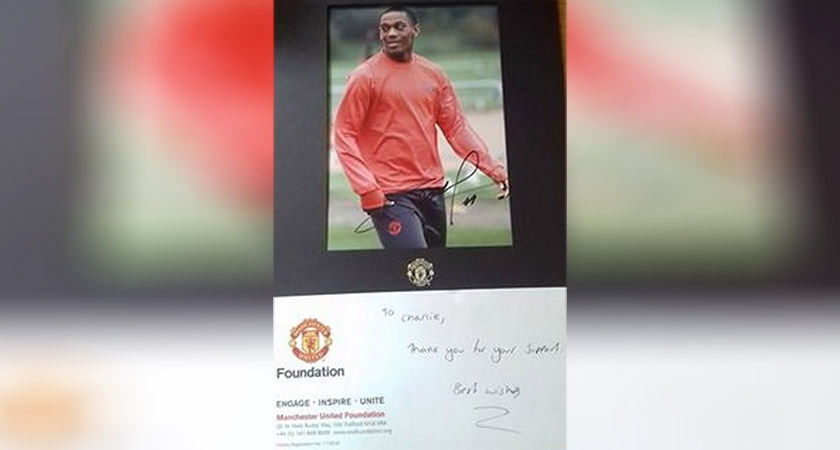 Helen added: “His hospital thought he wouldn’t be healthy enough to travel so they turned it down at first.

“Luckily we went to King's Hospital in London, and the doctors there said if Charlie could travel from Ireland to England he could travel to Swansea.”

Care in Britain is 'a different planet'

Charlie was placed on the transplant list in November 2014 but is yet to be matched with a suitable donor.

Biliary atresia is a rare disease affecting both the liver and the bile ducts, and Charlie’s condition has recently begun to deteriorate considerably.

His condition causes a severe build up of fluid in his belly, leg and ankles, to the point where his stomach is completely bloated and needs to be drained on a constant basis.

Though Charlie was born with the disease, it wasn’t detected until he was a month old.

“All the doctors and nurses told me it was just a common case of newborn jaundice, but one day he became so bloated he couldn’t eat at all and he turned completely yellow," said Helen.

“I took him to the hospital and they told me if I hadn’t then he would have died that night.” 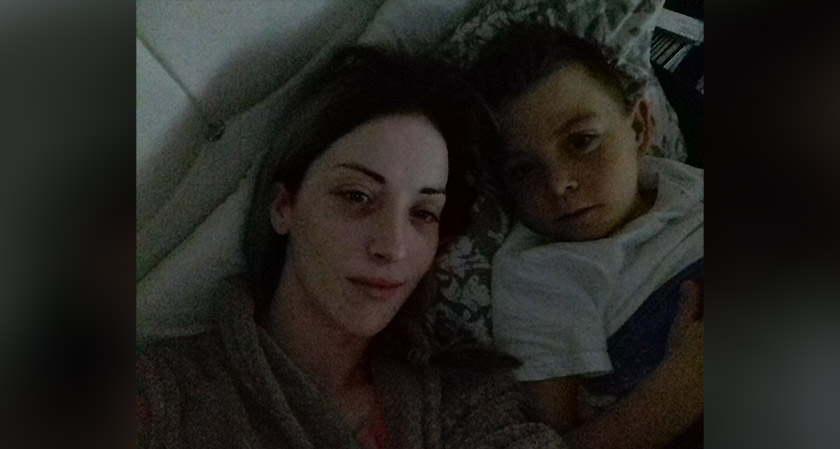 Helen chose to move to Wales because citizens there must opt-out of being a donor rather than opt-in, meaning Charlie has a much better chance of getting a new liver there.

“It’s mind-blowing over here compared to Ireland – the support you get from other families and from doctors,” Helen said.

“In Ireland they gave me just 24 hours to get over here and access the NHS. No one helped me arrange flights or anything and my government assistance was cut off after six weeks even though this isn’t a permanent move.

“It’s a different planet over here compared to back home.”

Helen says she hopes that she can get Charlie’s story out there to encourage more people to become organ donors.

She said: “I’m trying to make people aware of the transplant situation and Charlie’s story to get more people to opt-in as donors.

“Charlie’s story has been ongoing for nearly nine years and he’s the longest living patient of his kind without a transplant. Time is running out for him.

“We’re hoping the more people hear about Charlie’s story, the greater chance he has of getting help.”