THE PERFECT job has popped up for anyone with a love of Ireland, the great outdoors and goats.

Fingal County Council in Dublin has just posted a job advert for a goatherder.

Not just any goatherder though. In this instance, the successful applicant will be working on a groundbreaking conservation grazing project in collaboration with the Old Irish Goat Society.

The society is dedicated to the breeding and maintenance of this most treasured of Irish animals as part of a concerted effort to keep rare native breeds like the Old Irish Goat alive and thriving.

Whoever gets the job of goatherder will be entrusted with a flock of some 25 goats.

They will then be tasked with guiding them over the hills of Howth, in the suburbs of Dublin, on an important mission to keep gorse, heather and other flammable plant life down.

In days gone by Howth Head was a popular grazing spot for livestock and, in particular goats.

Unfortunately a byproduct of the decline in traditional grazing has been an increase in the number of wildfires witnessed in these areas.

Additionally, gorse and bracken has been allowed to grow and expand without animal interference resulting in a reduction in the diversity and quality of life in these picturesque heathlands.

Goatherders need not worry too much about anyone straying from the flock either, with the job set to utilise the Norwegian “no-fence” system which utilises state-of-the-art GPS tracking to monitor the animals.

It’s just as well too, because the successful candidate will be handling some VIGs for sure – that's Very Important Goats, if anyone was wondering. 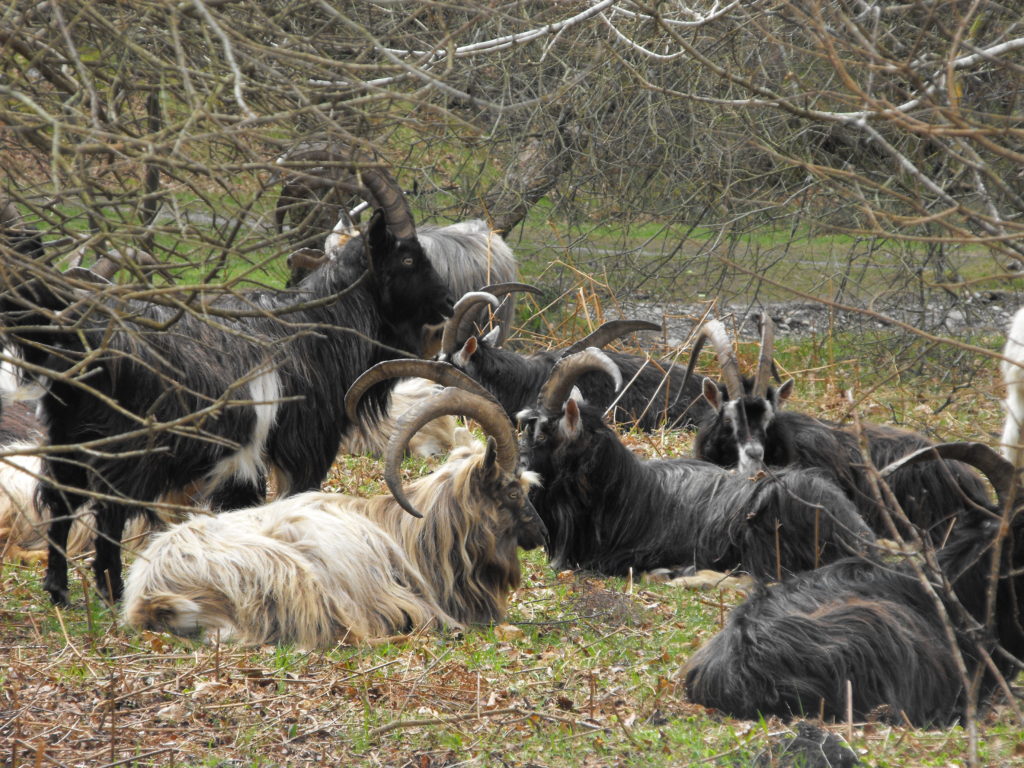 This particular group will come from the national herd of Old Irish Goats in Mayo.

Recognised as Ireland’s indigenous landrace breed of goat, these animals are increasingly rare and are currently categorised as critically endangered.

Having first arrived in the Neolithic age some 5,000 years ago, these goats were quick to adapt to the Irish countryside where they became known for stocky stature and distinctive horns.

Today only a handful roam free within feral herds, occasionally found in remote mountain ranges by those with the time and patience to track them.

The role of goatherder does come with a few prerequisites, of course.

For example, some experience in goat or hill-sheep farming is a must though the job description promises that the role will "include training in short courses and a full year of hands-on work experience, which will support career development in nature conservation/farming."

It certainly sounds appealing when you consider that the position comes with a salary of €45,000.

Now if that isn’t enough to convince someone to take up goat farming, nothing is.

Anyone wishing to throw their hat into the ring for the role can apply here.

You herd it here first!