Dublin , Ireland - 18 July 2021; Cormac Costello of Dublin shoots to score his side's first goal from a penalty during the Leinster GAA Senior Football Championship Semi-Final match between Dublin and Meath at Croke Park in Dublin. (Photo By Eóin Noonan/Sportsfile via Getty Images)

DUBLIN AND All Ireland winner Cormac Costello has said that he acted in self defence in order to remove himself from a melee that broke out on the sideline at a match 2 years ago. Costello was accused of assaulting a player.

Costello (27) was a spectator at a game. When he is alleged to have hit Aodan Fee, the Naomh Mearnog player, with one punch in the mouth after a sideline tackle crossed over into the spectators.

Costello, who has been a vital member of Dublin's six All Ireland titles in a row , denied the allegation. He has denied assaulting the Naomh Mearnog player in Portmarnock on July 6, 2019.

A resident of Lorcan Crescent in Santry, claimed he acted in the act of self defence to get out of the melee after he stated that Mr Fee struck him during the melee that broke out between Naomh Mearnog and Whitehall Colmcille in a Division 2 match.

Cormac Costello (27) is alleged to have left Aodan Fee with a broken tooth and a "shredded" mouthhttps://t.co/7wclCEcmPv

Mr Fee told Swords District Court that while he and Whitehall player Luke McCarthy were battling for the ball they went at speed across the sideline into the crowd of spectators.

Fee claimed that Costello started to pull out of him and jostled him.

He then claimed Mr Costello struck him on the face, leaving his front tooth chipped, and his “mouth was shredded”.

“It was a very, very solid punch. It was very, very painful,” Mr Fee said, claiming he had never been struck as hard before.

Mr Fee claimed he was “very scared for my safety” because it was not normal for a spectator to touch a player. 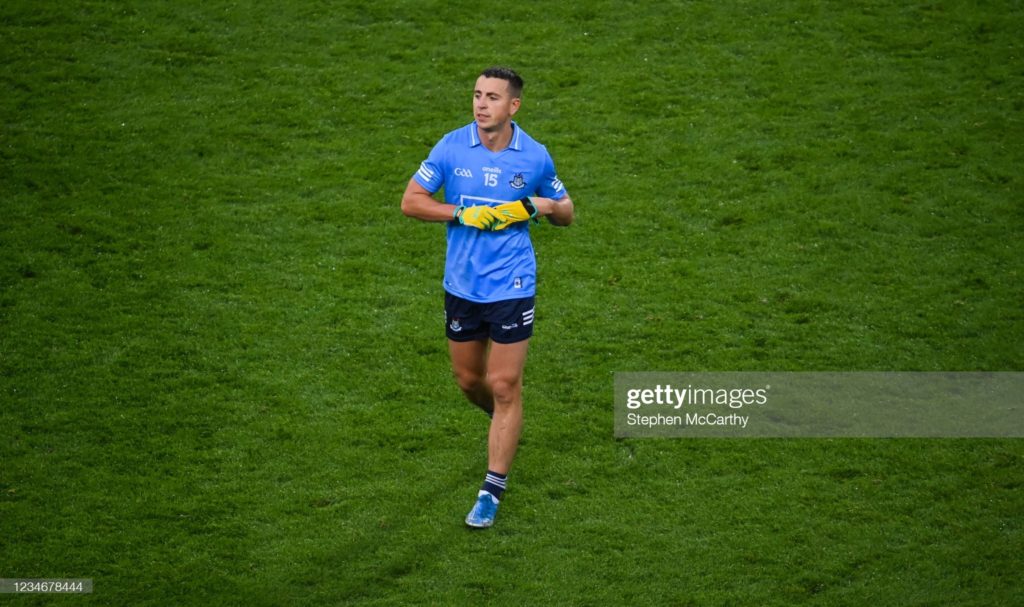 Mr Costello, who plays for Whitehall Colmcille but was a spectator at the match because he had commitments with the Dublin senior team the following week, claimed the two players, Mr Fee and Mr McCarthy, “came at speed towards me”, and he put his two hands up to push them back.

“Then the three of us ended up tangled together. I tried to separate the two players and Mr Fee grabbed me and I grabbed him. He drove his head into my chest and swung at me, clipping the side of my head,” Mr Costello, who works as a school teacher, claimed.

“I got punched in the side of the head. I was afraid. I pushed away to break from his hold,” Mr Costello said.

“I didn’t want to be there. I felt under attack. He pulled me down. I couldn’t break away. He was swinging at me and attacking me. I was scared.”

He claimed he pushed Mr Fee away with force and that he did not mean to cause harm to anyone.

“I was trying to remove myself from the situation,” he said.

Mr Costello denied punching Mr Fee in the mouth, claiming “they came into me”.

“I was in the wrong place at the wrong time. The only way to get out was to push.

“My action was a push. I know what I did. I pushed away as hard as I could,” said Mr Costello.

Video footage of the match, which was described as being of poor quality, was played for Judge David King, showing the melee taking place on the far side of the pitch.

After hearing all of the evidence, Judge King adjourned the case until Thursday when he will give his verdict.