DUBLIN'S TRINITY College plans to examine its past links with slavery and colonialism.

The university, founded in 1592 and the first to be established in Ireland, has vowed to 'face up' to its colonial past with a two-year investigation titled the Colonial Legacies Project.

The project will be led by Dr Ciaran O'Neill and Dr Patrick Walsh of the School of Histories and Humanities and will examine the college's connection to slavery and the British empire which may change the ways in which the College presents its history to the public in the future".

In a statement from Trinity, a spokesperson said the college had in the past built a curriculum "to meet the demands of the British Empire", and its long history was "bound up within wider narratives about colonialism,plantation and imperialism at home and abroad".

Trinity College admitted that it had benefited from the British colonialism and plantation of Ireland in the 16th and 17th centuries by bein granted land, and this will be examined in the project.

"By the mid-19th Century it had evolved into an exporter of colonial ideologies and servants," the statement continued. 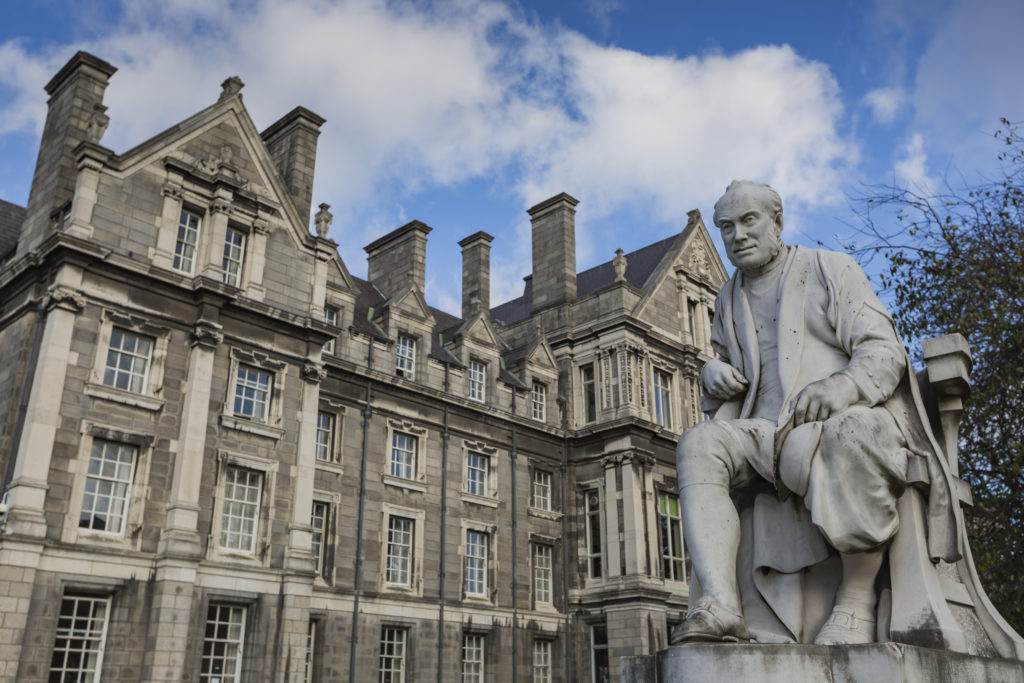 "Connections have been established between college departments and imperial activities in India, Africa and East Asia involving current and former departments ranging from anatomy to zoology, from divinity to engineering", and the college still houses collections of artefacts from those times.

Trinity's Berkely Library is named after Bishop George Berkely, a philosopher one of the college's most famous alumni-- however he was himself a slaveowner.

The Colonial Legacies Project will also be overseen by former president Mary McAleese, the current chancellor of Trinity College, who will sit on the project's advisory board.

Tricky Sell: Historian tours US to repair the reputation of ‘America’s last king’