A NINETEEN-YEAR-OLD MAN has been arrested after allegedly kicking a duck to death in Waterworks Park in Belfast.

The incident occurred on Saturday morning and was reported to police around 10.20am.

The man was arrested at the scene after he was found to be in possession of a Class B controlled drug.

Inspector Robert McMurran said: “We received a report around 10.20am this morning, that two young men, believed to be intoxicated, were kicking ducks and swans in the park.

“It was reported that one duck was, shockingly, kicked to death,” he added. 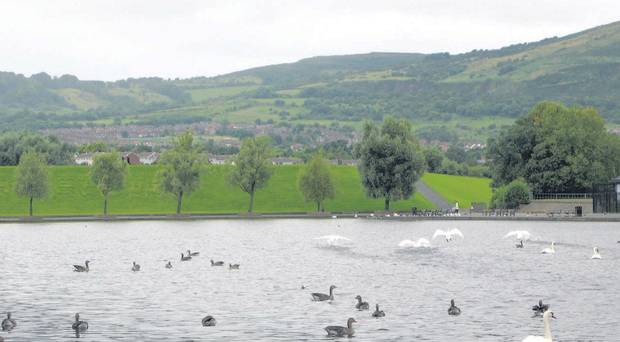 A group of runners who frequent the park found the dead duck and told reporters that they saw a couple of young men drinking alcohol, throwing beer cans and generally causing a public nuisance.

“The park run is a weekly event and we are down at the Waterworks every Saturday morning from 9.30am,” said local runner Damian McNairney.

“We witnessed anti-social behaviour on a few occasions but it is becoming more of a feature - and today was by far among the worst.

“One of our young female runners came past after completing her first lap and drew our attention to two youths drinking at the bottom of the park.

“We couldn’t really do anything about it so we kept an eye on it to make sure nothing happened, then one of our young guys came up to us and said they had [thrown] a tin of beer at him, hitting him on the side and were being verbally abusive - so we called the police."

SDLP councillor Paul McCusker said he was “disgusted” by the incident.

He said: “I am disgusted to hear today that an animal has been killed in the Waterworks and regular park runners were attacked.

“All parks and open spaces should be areas where everyone can feel safe at all times. The Waterworks Park is a popular park used by many families and hundreds of local people each day and is an amazing asset to North Belfast including the animals and wildlife that are a huge feature to the park and they need to be protected."