One dog had red raw skin, another was underweight with matted hair and a discharge, while a third had no hair on its tail (Image: ISPCA)

A TIPPERARY woman who subjected three dogs to 'unnecessary suffering' has been banned from keeping dogs for 10 years.

At Nenagh District Court on Thursday, May 12, 2022, Judge Elizabeth McGrath refused the woman's request to have the dogs returned, fearing they may be 'traumatised'.

The woman, from Puckaun, Nenagh, Co. Tipperary, pleaded guilty to seven offences under the Animal Health and Welfare Act 2013 and was fined €2,000.

The court heard how Inspector Carroll called to the woman's property on February 2, 2019, following a complaint.

She told the court that the accused was 'hostile and uncooperative', at one point threatening to close the electric gate to the property with Inspector Carroll inside.

Inspector Carroll persisted and, after examining a number of other dogs, discovered three — two Maltese and a poodle — in a small cage behind a trailer which caused her concern. 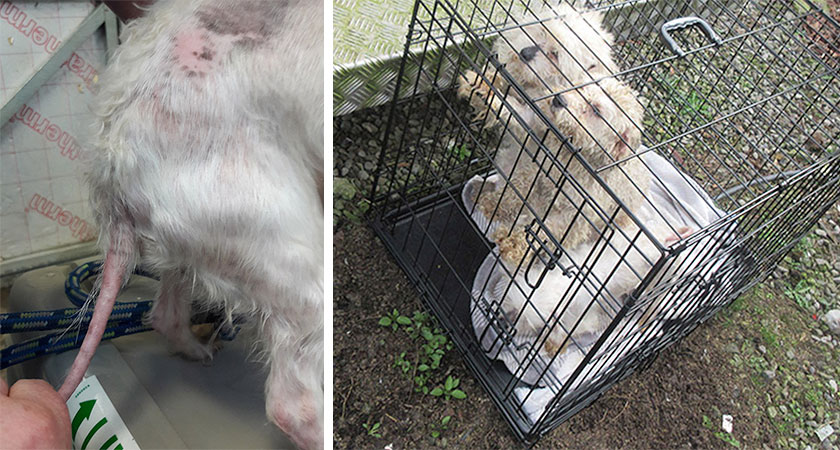 The woman initially denied the dogs were hers (Image: ISPCA)

One had red raw skin, another was underweight with matted hair and a discharge, while a third had no hair on its tail and 'looked like a little piglet'.

The accused denied knowing anything about the dogs, which were immediately seized and transported to a vet for an assessment before being taken into the care of the ISPCA.

The woman subsequently made contact a month later admitting the dogs were hers and wanting them returned.

She refused to surrender them to the ISPCA, meaning they had to be detained for over three years while the case went to court.

At court, the woman continued to seek the return of the dogs, with her solicitor saying their forfeiture was 'severe for a first offence'.

However, Judge McGrath ordered their forfeiture to the ISPCA, saying: "I don't want the three dogs to be traumatised."

The accused was fined a total of €2,000, while Judge McGrath said she would accept €5,000 in compensation in lieu of awarding costs against her. 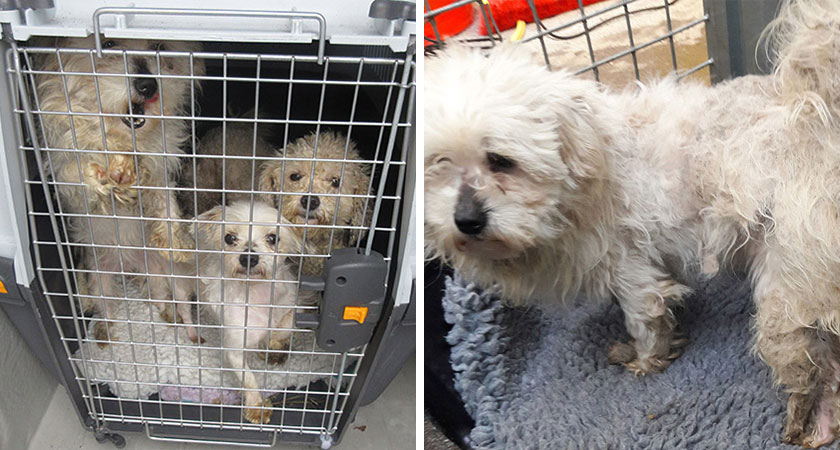 The dogs were assessed by a vet before being taken into the care of the ISPCA (Image: ISPCA)

The woman was also disqualified from owning, keeping or breeding any dog — other than two Great Danes already in her possession — for 10 years.

Judge McGrath fixed recognisance in the woman's own bond of €250.

"The owner responsible for them failed to do anything to alleviate their suffering, or safeguard their welfare, which resulted in many issues, including malnourishment and untreated skin conditions. 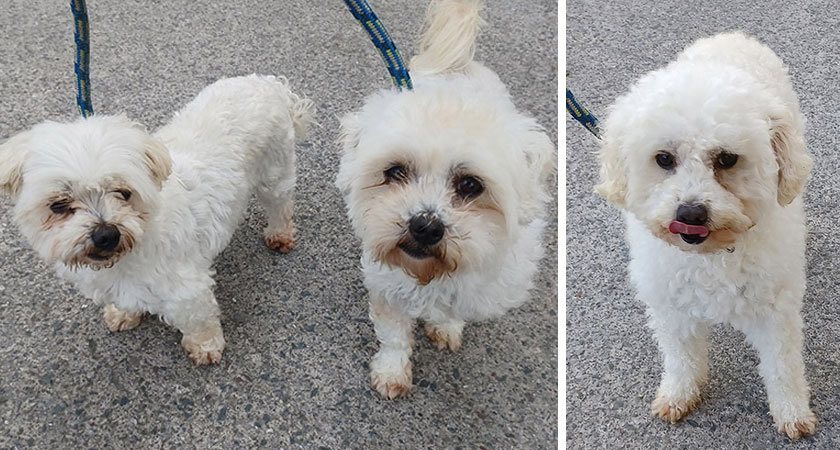 From left, Dolce, Milly and Adam have now secured homes after being in ISPCA care for their years due to legal proceedings (Images: ISPCA)