Eamonn Campbell: Hundreds turn out for funeral of legendary Dubliners musician in Ireland

HUNDREDS of mourners turned out to say a final goodbye to the late Dubliners guitarist Eamonn Campbell at his Dublin funeral today.

Campbell, 70, passed away last week in a Dutch hospital following a short illness.

The Drogheda native’s body was flown back to Dublin for his funeral on Thursday, attended by his beloved wife Noreen as well as Irish singer Imelda May.

The father-of-six’s children Paddy, Eamon, Franky, Emma-Jane, Niamh and Ciara were also in the Irish capital as a lone piper lead the procession to St Agnes’ Church in Crumlin.

Following the funeral mass at 11.30am his body was taken to Newland’s Cross Crematorium. 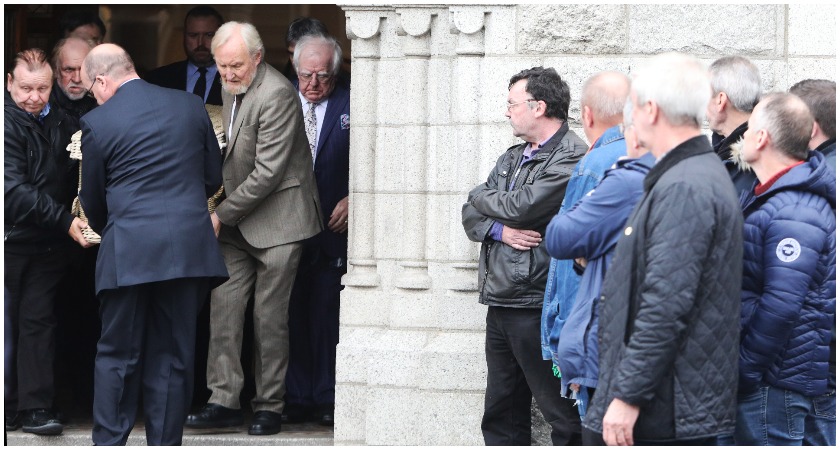 The Dubliners guitarist passed away last week in the Netherlands following a short illness (Picture: RollingNews.ie)

Every contribution donated by the hundreds of well-wishers was kindly gifted to the Kevin Bell Repatriation Trust, which helps repatriate the bodies of Irish people who die abroad.

Talented Eamonn – who began performing as a musician in the 1960s – was a full time members of The Dubliners from 1987 until his death.

While the band retired in 2012, Mr Campbell joined a number of the surviving members in forming The Dublin Legends. 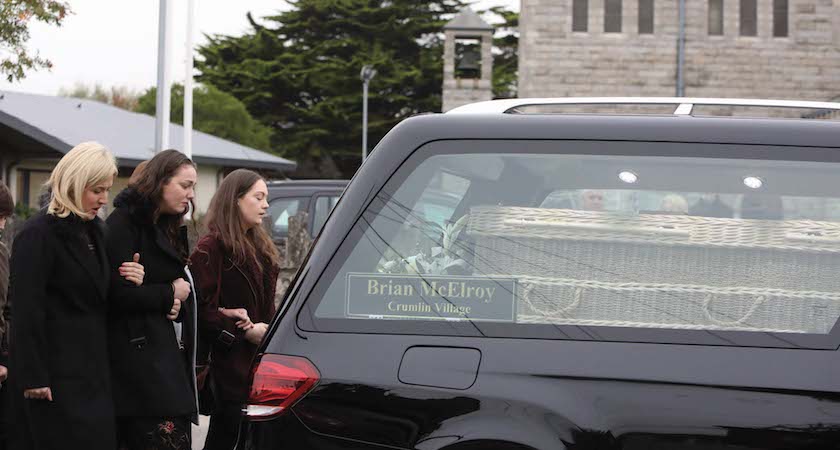 The father of six's children were also in attendance to say goodbye to their talented father (Picture: RollingNews.ie)

He was also a renowned record producer working with acts such as Paddy Reilly, Foster and Allen and Philomena Begley.

Announcing his passing last week, the band described their former member as a “true legend and brilliant guitar player.”

They added: “He will be greatly missed by all his friends and fans around the world.

“We are heartbroken and we thank you all for your thoughts and prayers at this time.”