AN EIGHT-YEAR-OLD BOY has died after he and his mother were deliberately shoved onto a railway line at a train station in Frankfurt, Germany.

They had been standing on a busy platford “full of children” when they were pushed into the path of the locomotive.

The mother managed to roll to safety by lying in a gap between the tracks, but her son was hit by the train, which was pulling into the station, and suffered fatal injuries. 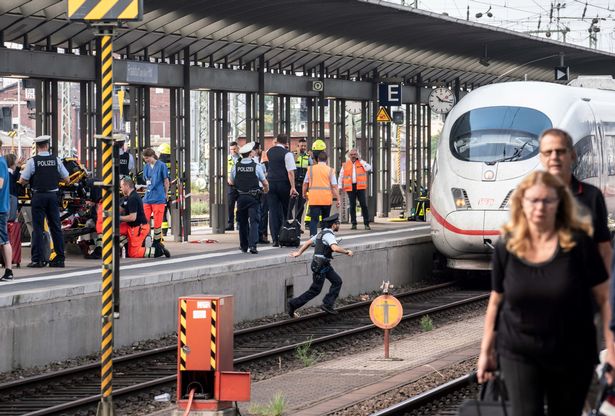 The ICE train, travelling from Dusseldorf to Munich, ran over and killed the boy at around 10am local time on Monday morning.

Commuters watched on in horror and some “collapsed howling” during the incident before the suspect fled the scene.

Passers-by gave chase and police later arrested a 40-year-old Eritrean man in connection to the incident. They’re treating the incident as a suspected homicide.

Police say the motive is unclear and that it appears the suspect has no connection to the victims.

Isabell Neumann, a police spokeswoman said: “According to witness reports, a 40-year-old man pushed the boy and his mother onto the track just as the ICE was arriving.

“The mother, thank God, was able to save herself.

“Unfortunately, the eight-year-old boy was over by the ICE. He suffered fatal injuries.

“The man concerned … fled the station after the crime. Passer-by took up the chase and the man was detained near the station.” 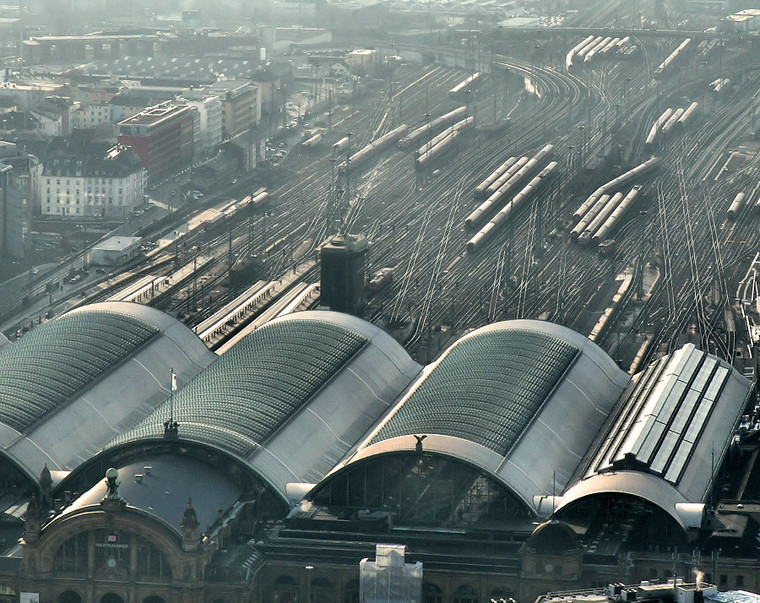 450,000 people come in and out of Frankfurt's Hauptbahnhof station every day.

Witnesses on the platform and on the train were treated for shock.

Police also said that the man had attempted to push a third person onto the tracks, but failed.

Frankfurt’s Hauptbahnhof station, which has bee closed since the incident occurred, is one of the busiest in the country and in Europe, with 450,000 people travelling through it every day.