CANDIDATES in the Labour Party leadership contest have pledged their support for the Irish community in Britain – claiming it must be “supported, valued and maintained”.

The leadership hopefuls have answered questions relating to their experience of the Irish community in Britain and support for its interests posed by the Labour Party Irish Society (LPIS).

As one of the Party’s independent socialist societies, the LPIS has the power to nominate a candidate for each position and will meet tomorrow (Tuesday, February 11) to make its nomination for the next Leader and Deputy Leader of the Labour Party.

Ahead of that they quizzed leadership contenders Rebecca Long-Bailey, Lisa Nandy, Keir Starmer and Emily Thornberry on their Irish connections, as well as Dr Rosena Allin-Khan, Dawn Butler, Ian Murray and Angela Rayner, who are all vying for the Deputy Leader title.

Confirming her own Irish heritage, Ms Long-Bailey, a former solicitor elected the MP for Salford and Eccles in 2015, insisted if she was made Labour leader she would work to “make sure we never return to the days in which Irish communities were viewed with suspicion or mistrust”.

Fellow frontrunner Keir Starmer, MP for Holborn and St Pancras since 2015, told the LPIS that he values the “huge contribution to our way of life” made by the Irish community in Britain.

Regarding the responses from all of the candidates (which you can read in full below), a spokesperson for the Labour Party Irish Society Executive Committee told The Irish Post: “This is the most Irish line-up for a Leader and Deputy Leader contest in the history of the Labour Party. We’ve got candidates with Irish parents, others who’ve lived and worked in Ireland, and so many who’ve visited and engaged with politicians and community leaders across the island of Ireland.”

On their commitment to the Irish community, he added: “All candidates have worked hard to support the Irish community in their constituencies, and supported the votes led by Labour MPs Conor McGinn and Stella Creasy in Parliament which secured the historic changes in Northern Ireland.

“It has been a difficult few years for the Irish in Britain, especially with all the issues surrounding Brexit. You don’t stop being Irish when you get on a plane – we all care about our communities and families back home and the threat of a hard border on the island of Ireland was one our group mobilised strongly against. We will not forget those politicians who stood side by side with the Irish at home and abroad to help prevent that.

“Regardless of who is nominated on Tuesday, we want to thank all candidates, their campaign teams and volunteers for their engagement and support.”

The leadership contest will end with Labour Party members voting for their preferred candidates between February 21 and April 2.

The winners of both the leadership and deputy leadership elections will be announced on April 4.

The leadership candidates’ responses in full: 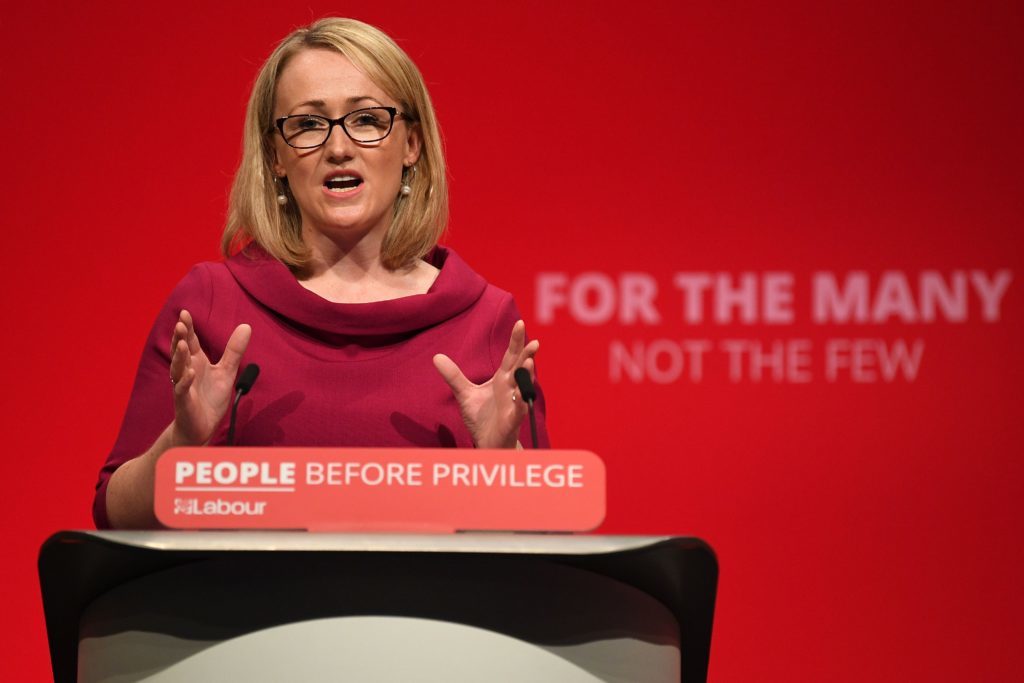 "Having grown up in an Irish family, as part of Manchester’s Irish community, I have great pride in the heritage and contribution of Irish migration to Britain, but also first-hand knowledge of the marginalisation Irish communities in Britain have historically experienced.

I want to make sure we never return to the days in which Irish communities were viewed with suspicion or mistrust, and that is why I support groups like Irish in Britain, at whose AGM I recently spoke, to celebrate the cultural and economic contribution of Irish communities and organisations across Britain." 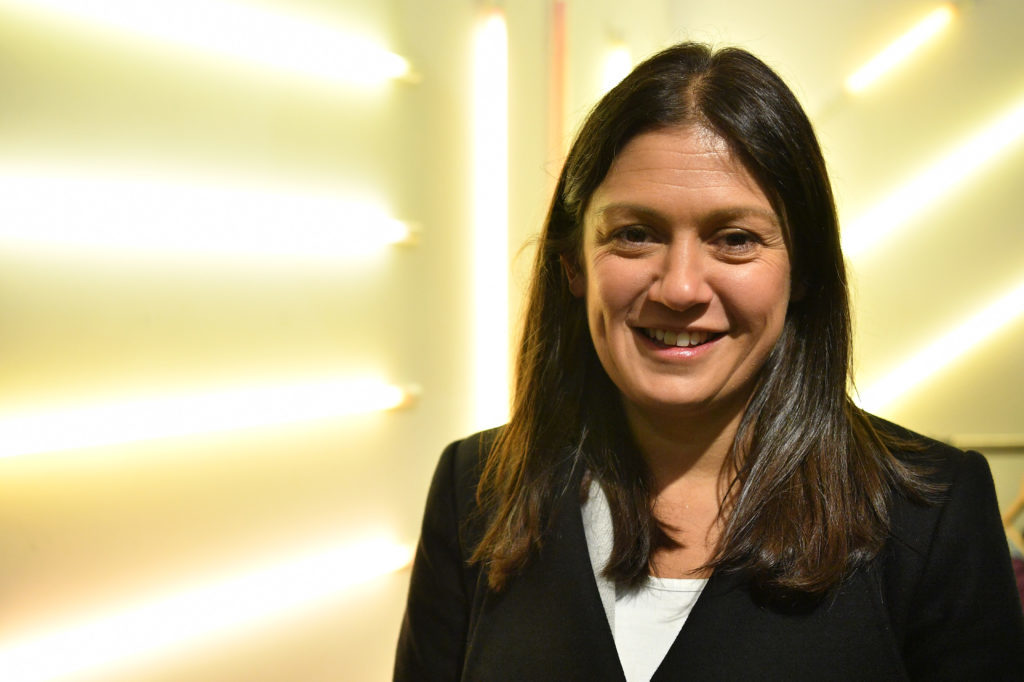 "Firstly, it is important to recognise the historic achievements of Labour Governments in negotiating the Good Friday Agreement and the Paisley/McGuiness power sharing self-government of 2007. It was one of the most important and consequential acts and it allowed a new Northern Ireland to be born based on the principle of cooperation and shared institutions.

Throughout the debate over the Brexit Withdrawal Agreement, my priorities were two-fold; a deal that protected rights and standards and one that respected the Good Friday Agreement, including no hard border on the island of Ireland.

The Irish diaspora in Britain has contributed so much to Labour politics and history. It is one part of the extremely rich ties between our two countries which bring us closer together and it must be valued and maintained." 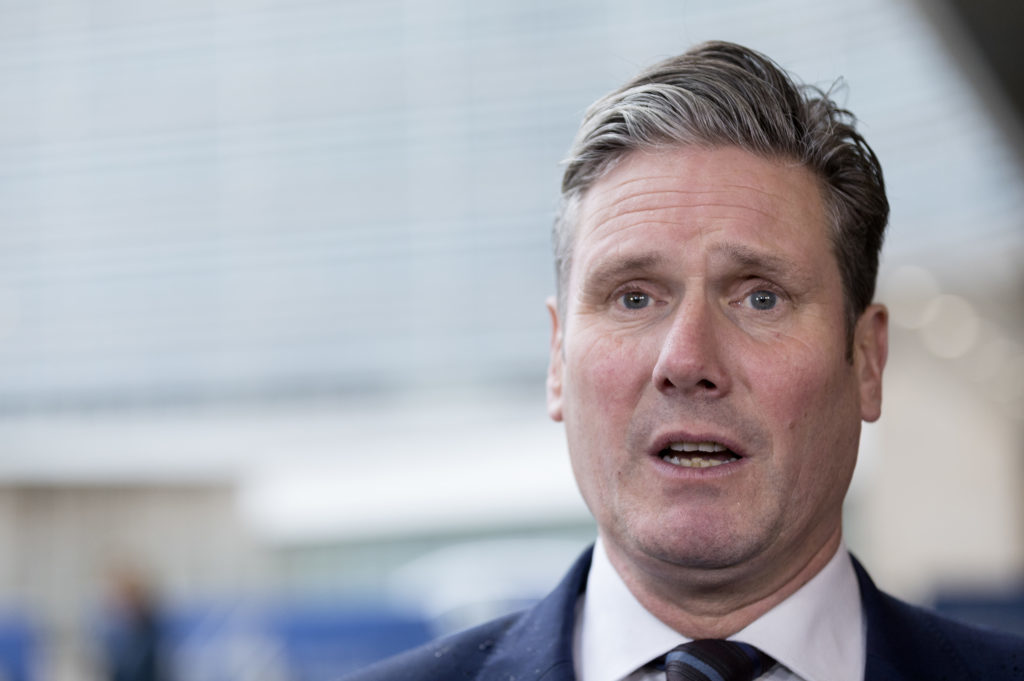 "The Irish community in Britain have always and continues to make a huge contribution to our way of life. I know this from my work as MP for Holborn & St Pancras, which has the fifth highest constituency in Britain for the Irish-born population. I see the contribution that the Irish community make every day in our local schools, hospitals and other vital services. I am proud to have worked to support them in return.

This has included work with the London Irish Centre, a charity and community hub in my constituency which I have supported for years. I’ve held advice surgeries there and engaged with community organisations who use the centre. The Irish diaspora have a strong sense of identity and attachment to their families and communities in Ireland and have enriched communities throughout Britain.

It’s why so many raised concerns with me over the impact that Brexit could have on UK-Irish relations and about the potential of a hard border on the island of Ireland. As Shadow Brexit Secretary I worked closely with the Irish government over the last three years and met regularly with businesses, trade unions and political parties on both sides of the border. I was always clear I would not accept any Brexit deal that led to a hard border or put the Good Friday Agreement at risk." 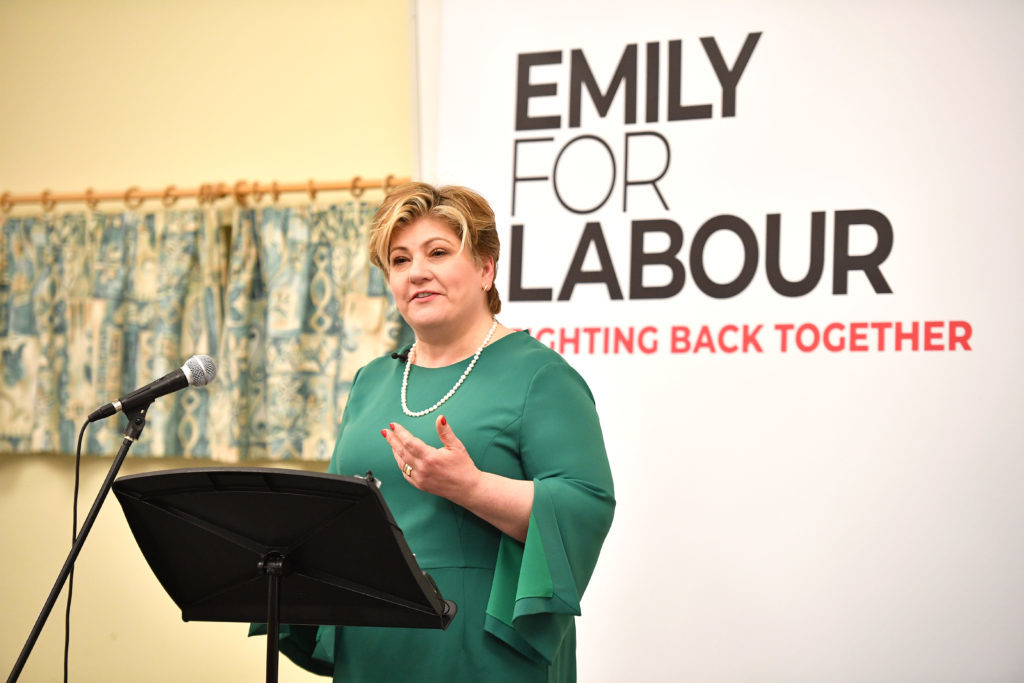 "My Nan was from Belfast, and because her formative years came between Partition and The Troubles, and her only religious passions were feminism, socialism and knitting, she never became polarised in her views. Her husband, my grandad, was proud to be the headmaster of one of the first religiously-integrated schools. Nan would always tell me ‘I’m British and I’m Irish’, and that’s how I’ve always felt too since I was a child. And representing half of Holloway and all of Clerkenwell, with their historic and vibrant Irish communities, I still get that feeling of having a foot in both countries.

That’s why I was such a passionate campaigner for decades – alongside Irish and Northern Irish women in London – to ensure that women weren’t forced to come here to exercise the freedom to control their own bodies, the same way any woman should be able to, two victories we’ve finally won in the past two years. And it’s also the reason I campaigned so passionately for the public to have the final say on any Brexit deal and argued that Labour should campaign unequivocally to Remain, so we could expose the myth that a borderless future in Ireland is possible under the Tory plans, with all the risks that poses, from trade to terrorism. When I first stood in at PMQs in December 2016 – every politician’s dream – I could have raised any issue, but I raised the border issue, because I never want the UK and Ireland to be divided again." 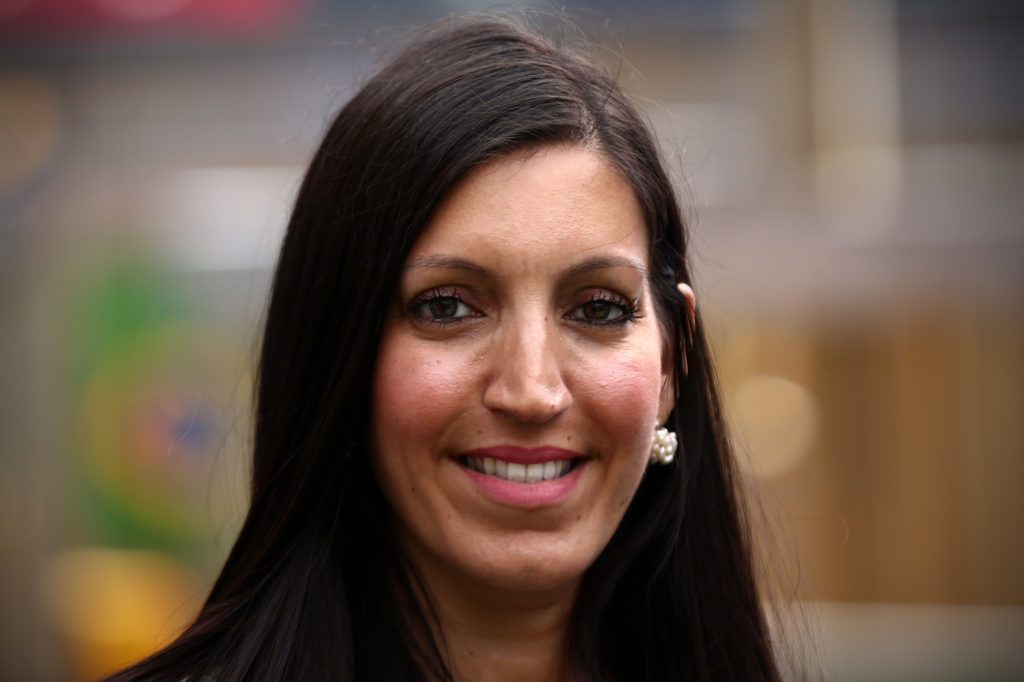 "My constituency of Tooting has a large Irish community who add so much to the area. I meet regularly with Irish citizens living in the area, through my regular casework surgeries and through events hosted by the wonderful Irish businesses spread throughout Tooting.

The uncertainty of Brexit has been a major issue for the Irish community in Tooting, and it has been the thing that comes up most for me since my election in 2016. The strong Irish voice in Tooting helped shape my Brexit position and I shared the feeling that the Conservative government did not think of the island of Ireland whatsoever when they gambled with the EU referendum. There was no contingency plan, and almost four years on since the poll, there is still no certainty with regards to trade and travel in Ireland. I have been supporting Irish nationals with advice on Brexit and wider immigration advice throughout my time as a Member of Parliament. I have always listened to the Irish community before crucial Brexit votes, leading me to vote against triggering Article 50, and against May and Johnson’s deals.

I have also supported many Irish small businesses in Tooting. We have an abundance of wonderful independent Irish pubs which I have represented to the council whenever they have an issue. I have hosted numerous events in Irish businesses and I look forward to continuing supporting the community if I am elected Deputy Leader." 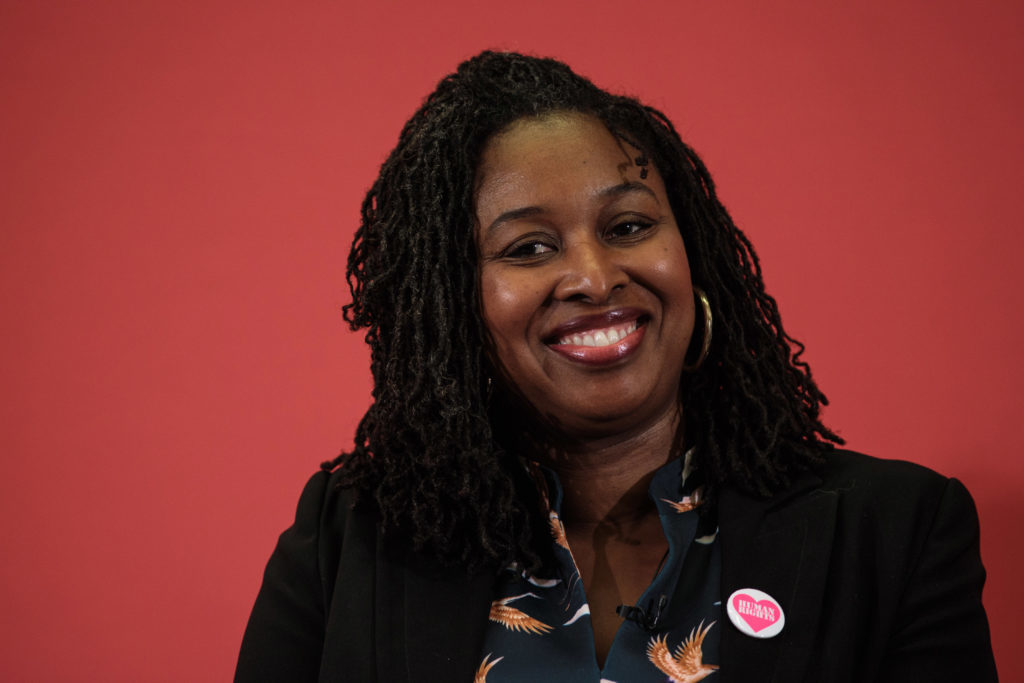 "I’m proud that my constituency of Brent Central has a large Irish community. I have been pleased to work closely with the local community on issues that matter to them and I help Irish people in Brent with their specific needs and challenges through my casework, working along with Irish Elders and other organisations. I also make sure that I mark St Patricks Day every year in my constituency, which is always celebrated with great pride in Brent.
The Irish community is especially important to me because when my family first came from Jamaica to the UK, there was a strong tie between the two communities due to the persecution faced by both the Irish and African Caribbean communities. I will never ever forget the disgusting ‘No blacks, no dogs, no Irish’ signs that so many had to endure.
As Shadow Secretary of State for Women and Equalities, I have also campaigned in support of extending same-sex marriage and abortion rights." 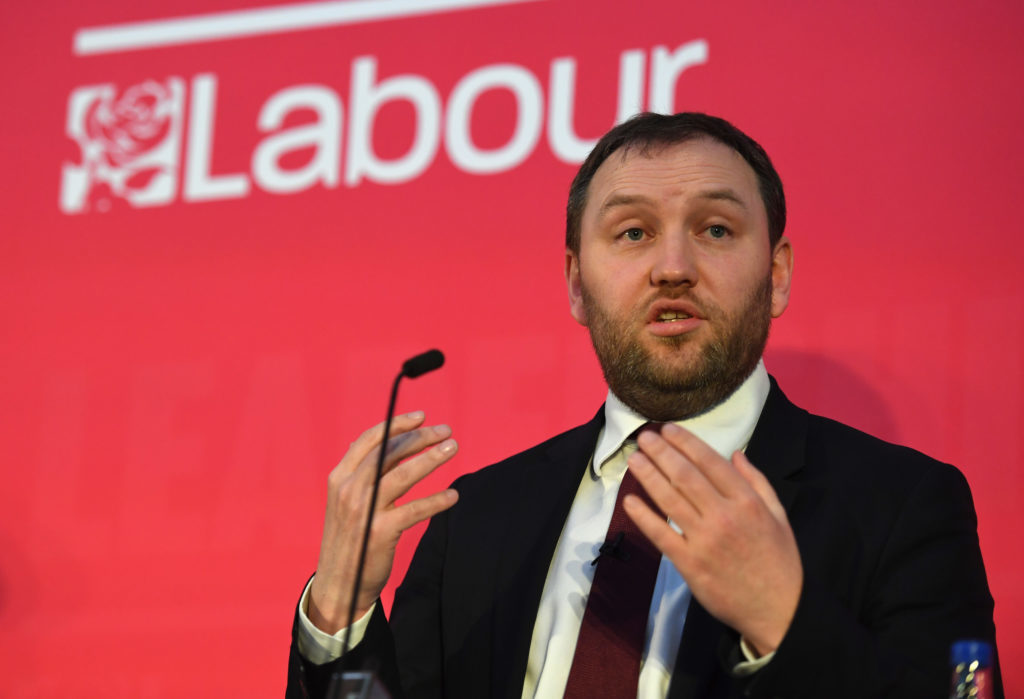 "The Irish community has a special place in Britain and in the Labour movement and, in recent years, the voice of Ireland in the Brexit debate has been particularly important in reminding the Tory Government of the reality of the Brexit process and its wider consequences.

In the last Parliament, I worked extensively with people in Britain’s Irish community as part of the Brexit process. I was a founder of the People’s Vote campaign and a leading campaigner against Brexit, which I still believe to be one of the greatest mistakes our country has made in a generation. As well as engaging the Irish community in Britain, I also travelled to Stormont and the Dail to meet with politicians and community leaders, including in border communities, to better understand the potential effect of Brexit on Ireland.

I was also proud to support Connor McGinn’s efforts to legalise same sex marriage and abortion in Northern Ireland. It was wrong that Northern Ireland has had to wait so long to win these rights. The change in the law in the Republic of Ireland made Northern Ireland’s position on these issues unsustainable and I’m pleased that, after many years of campaigning by people in Northern Ireland, we were able to make this a reality." 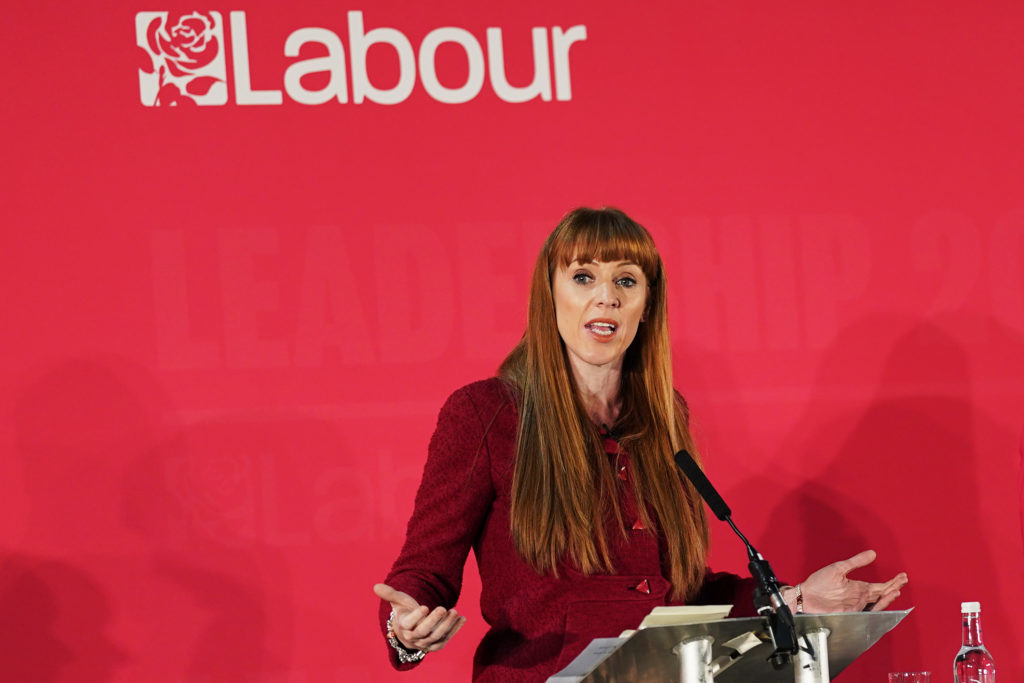 "The Irish community make an incredible contribution in Britain; as I’ve seen for myself as an MP in Greater Manchester. We are rightly proud of our Irish diaspora and history. Second generation Irish in Greater Manchester include Anna Friel, Caroline Ahern, Steve Coogan and most of Oasis – people who have quite literally helped us laugh, sing and enjoy life.

I am immensely proud to have always supported Irish diaspora and community groups. As a community organiser and Trade Union activist, and now as an MP, for example working with local Labour councillors on events around St Patrick’s Day.

I was extremely pleased and proud to see the Irish people vote to end the ban on abortion and to extend civil marriage rights to same sex couples by referendum, the only country in the world to have done so. I supported both campaigns and am very pleased at the impact these decisions will have on the lives of women and LGBT+ people."