AN Irish £10 banknote from the iconic Ploughman series has sold for £22,320 at auction.

The lot was sold by Dix Noonan Webb in their auction of British, Irish and World Banknotes on Wednesday,  held in Mayfair, London on February 24.

The extremely rare Northern Bank Ltd note, dated from May 6, 1929, was described by the auction house as “a very fine specimen” and had great historical value.

The Ploughman series notes were issued as part of an arrangement to get Ireland’s banks to withdraw their previous individual banknote issues. 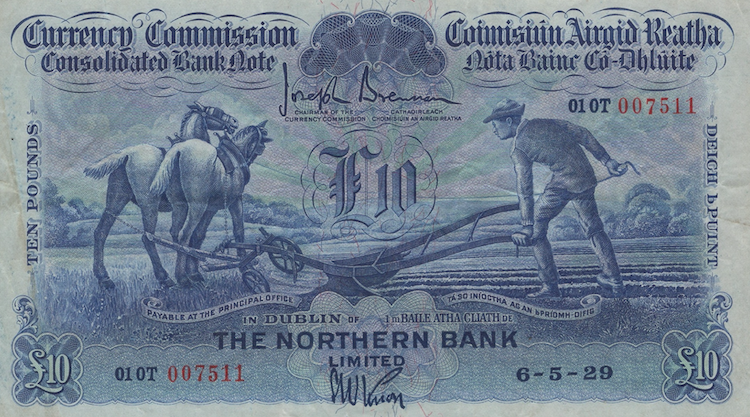 The notes were referred to as the Ploughman series because of the pastoral image of a horse drawn plough — intended as to have a resonance with Ireland’s rural economy.

Other Irish notes that sold well included the only known example of a £50 note from the Belfast Banking Company Limited, dating from December 7, 1917. 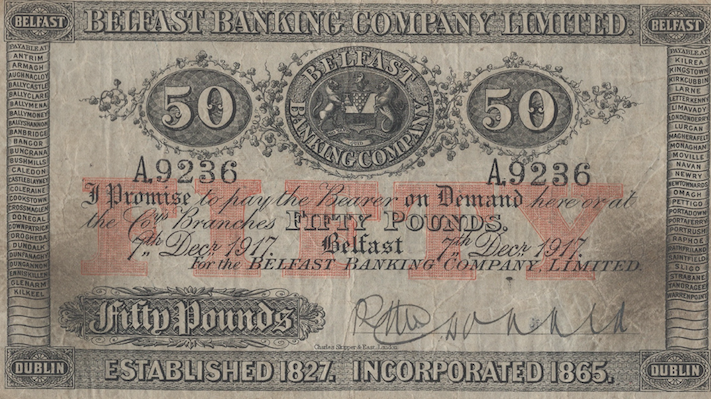 After fierce competition between two long-term private collectors, it went to a European bidder.

The same bidder purchased an extremely rare £1 note from the Bank of Ireland (Dublin and Westport) dating from 1838, which sold for £11,780. 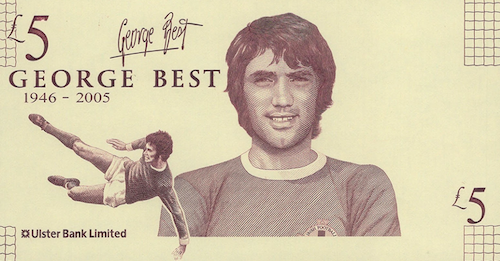 At the other end of the scale an Ulster Bank Limited £5 note featuring George Best sold for £360.