A letter is left amongst candles during a candlelit vigil at Trafalgar Square. (Picture: Carl Court/Getty Images)

JUST days before thousands of people of all nationalities has gathered at London's Trafalgar Square to celebrate the best of Irish culture, food, music, arts and dance.

In a city so full of diversity and vibrancy, Ireland's culture and identity was to the fore in one of the city's most iconic locations for the annual St Patrick's Day celebrations on March 19.

That Sunday, London Mayor Sadiq Khan had urged those enjoying the festivities to embrace the resilient spirit of the Irish when facing the challenges of post-Brexit Britain in the months and years to come.

Little could he have imagined that just four days later he would again be addressing crowds in the square in the wake of a devastating attack on the city.

If ever there was a time for resilience, this was it.

Last night Trafalgar Square filled once more - this time there was no dancing, no music and no celebrating.

The city and its people, with stoicism, were in mourning. 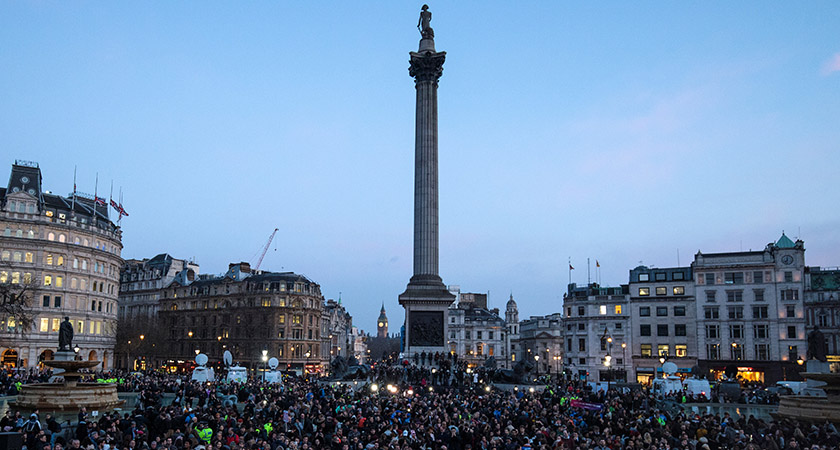 People of all faiths, nationalities and cultures - the Irish among them - had gathered to remember the victims of the March 22 Westminster attack.

An attack, carried out by one man, that claimed four innocent lives and injured dozens more.

As the cordoned-off streets around Trafalgar Square lay eerily and respectfully quiet, among those lighting candles in the plaza was an Irish nurse who told The Irish Post she had come to the vigil to show solidarity.

"The vigil is in solidarity with everything that happened," Emma from Co. Meath said. "It's not just national but nationwide.

"I think we're all one person when it comes to any tragedy that happens, and [we have to] reconcile with everyone to say this is not right, we don't agree with it and we want peace."

Standing before the crowds, Mayor of London Sadiq Khan spoke of how in the face of adversity, Londoners always pull together.

"We stand up for our values and we show the world we are the greatest city in the world," he said. 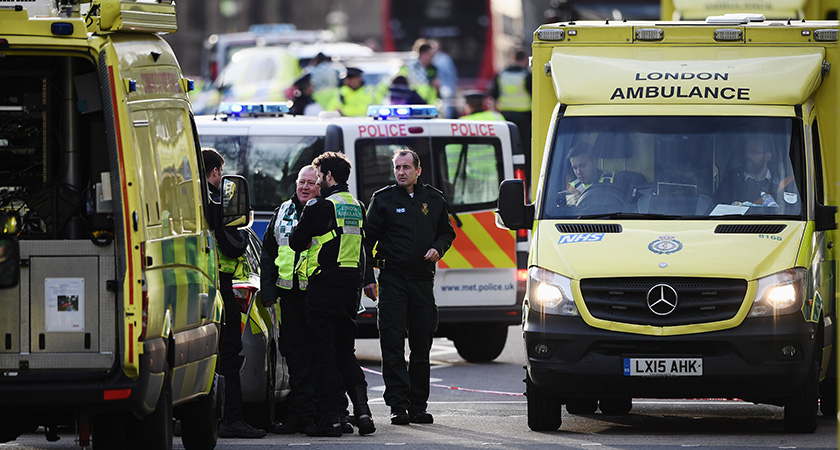 An Irish citizen also among the 50 people injured. 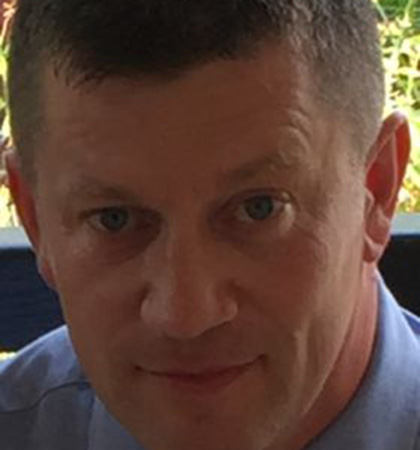 PC Keith Palmer died after he was attacked by the terrorist in Westminster Palace. (Picture: Met Police)

Yesterday as political figures showered the public with reassuring words, those living in Londoners - both by birth and by decision - came together as a community in grief and solidarity.

In silence with signs of 'London is United' and 'We Are Not Afraid', the congregation stood with their heads bowed as the sun set remembering what had taken place just 24 hours before.

On that ordinary Wednesday afternoon, in an act that lasted no more than 15 minutes, scores of lives were devastated at Westminster - the home of Government as well as many of the city's most popular tourist attractions.

Driving over the bridge, the attacker - Khalid Masood - left a devastating trail of death and carnage in his wake, as those lucky enough to escape with their lives could only watch in horror before rushing to help those who had been injured.

As Masood's car crashed, he continued on foot towards the Palace of Westminster, stabbing unarmed PC Keith Palmer who had attempted to apprehend him.

The officer, a married father who had served with the Met Police for 15 years, succumbed to his injuries and died the same day, having fulfilled his duty to protect the public to his last breath.

The rampage only stops when Kent-born Masood is shot and killed by armed officers. 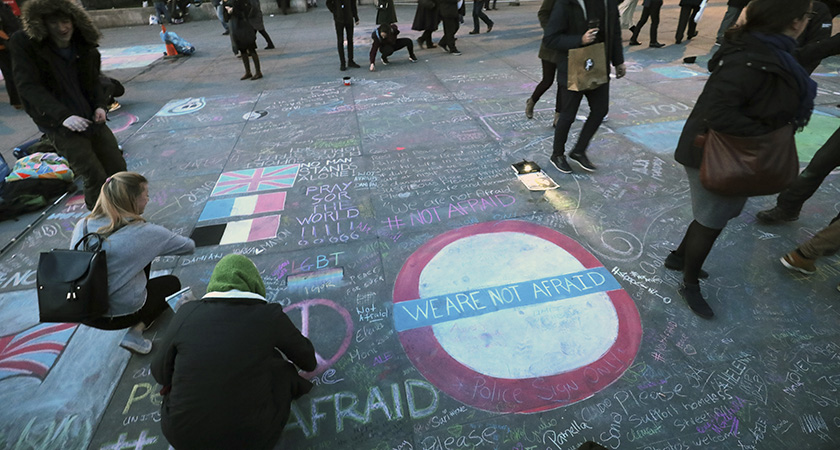 People write messages of support on the ground during a candlelit vigil at Trafalgar Square. (Picture: Jack Taylor/Getty Images)

At Trafalgar Square the crowd, armed with candles flickering in the dimming light, moved slowly and quietly.

Police officers look on, grieving the loss of a colleague. 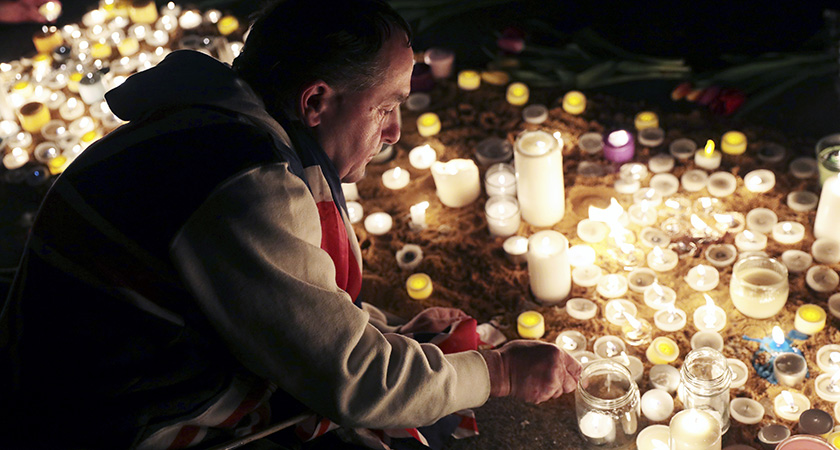 A man lights a candle during a candlelit vigil at Trafalgar Square. (Picture: Jack Taylor/Getty Images)

On this cold March night, dignitaries, politicians, religious leaders, journalists, tourists, and Londoners from every walk of life all stand together in solidarity.

Grief can be a unifying force and last night while still reeling from this horrific attack, this city, this London community, stood strong as it began a slow yet resilient unfurl back to life.