BONO has jokingly revealed that he's "not happy at all" about his friend Matt Damon gaining Irish cult-hero status.

Damon spent a few months in Dalkey, Co. Dublin at the start of the pandemic last year, and quickly endeared himself to stunned locals after being spotted shopping at SuperValu and posing for photos.

As a Dalkey resident himself, Bono says he's annoyed that The Martian actor is now popular than he is there.

"I've lived in this village, or next to this village, for 30 years - this f***** is there for three months and they make him the king of Dalkey! I mean, it's unbelievable," the Irish singer told GQ magazine.

"He's caught in some kind of local photoshoot with a SuperValu plastic bag, and the rumour that he's carrying cans, and suddenly he's got all this credibility that some of us just are incapable of ever achieving.

"He’s beloved! I mean, there’ll be a statue of him there. I don’t know what it was, and what he did. But I’m very annoyed about it. I’m not happy at all."

Bono says he thinks Damon's popularity stems largely from his ability not to take himself too seriously - something the singer admits he doesn't do as well.

"For a man who looks in the mirror for a living, he's not even a little bit self-conscious, I've found," Bono added.

"I mean, I've got freedom, but I'm self-conscious. When I walk into a newsagents, I can see myself walking into the newsagents, do you know what I mean? 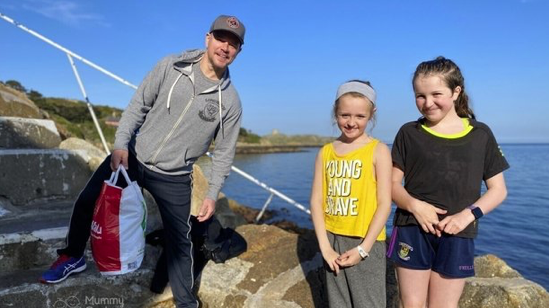 Bono and Damon have been friends since 2006 when they collaborated on some charity work.

Damon got stranded in Ireland while filming scenes for his upcoming film The Last Duel, just as the first lockdown hit back in March 2020.

The 50-year-old later revealed he's considering moving to Ireland at some point, describing his stay as "so f***ing great".

"When we did the lockdown, we started the lockdown in Ireland because we were shooting this movie. We loved it there so much and I was kind of in the back of my head, 'I could move here. I could live here.' It's beautiful," Damon said during an appearance on Marc Macron's WTF podcast in July.