MATT DAMON has revealed he's thinking about moving to Ireland after spending a few months in Dalkey last year.

The Hollywood star was shooting scenes for his upcoming movie The Last Duel just as the Covid-19 pandemic hit the Emerald Isle back in March 2020.

Many of the crew managed to scramble back to the States, but Damon stayed and spent the next three months enjoying a regular country-Irish life.

Dalkey residents spotted him shopping at SuperValu and embracing local culture, and Damon says he enjoyed his time there so much that he's thinking about coming back, permanently.

"It was so f*****g great," he said during an appearance on Marc Macron's WTF podcast this week.

"When we did the lockdown, we started the lockdown in Ireland because we were shooting this movie. We loved it there so much and I was kind of in the back of my head, 'I could move here. I could live here.' It's beautiful!

The 50-year-old actor was asked about Dalkey, where he spent the first lockdown.

"It's about 45 minutes outside Dublin, it's this beautiful seaside town.

"I got very lucky. We were shooting this movie that's going to come out later in the year called The Last Duel and half of it we shot in France and half in Ireland. 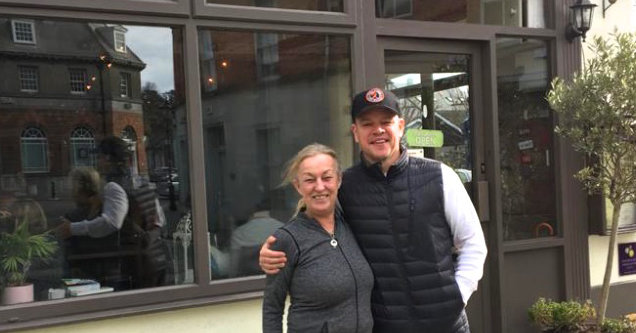 "We finished [shooting in France] and then the crew travelled to Ireland. Landed in Ireland and shut down.

"We stayed for three months, because we got there and we'd rented all of these houses in this town, it was about a 15-minute drive to the studio.

"So everybody, the actors and director Ridley Scott, rented a place.

"Everybody left. We had a few people in our little group and we were like, 'well we've got all these houses for three months' so we just moved into these houses and just kind of took it over and had just the best time."