Supporters and former soldiers march from Hyde Park Barracks to demand justice for those who died in a 1982 IRA bomb attack in London on July 22, 2017. Relatives of some of those killed in the Hyde Park attack 35 years ago have launched a campaign in a bid to raise funds to bring a private court action against John Downey, who had been accused in relation to the bombing. / AFP PHOTO / Tolga Akmen (Photo credit should read TOLGA AKMEN/AFP/Getty Images)

RELATIVES of victims of the Hyde Park bomb attack 35 years ago have held a march in London to seek public support in their quest for justice.

Four soldiers were killed on July 20, 1982 after an IRA nail bomb hidden in a parked car exploded as they made their way to a Changing of the Guard ceremony at Horse Guards Parade.

Suspected bomber John Downey stood trial in 2014, but the case collapsed after it was revealed he had received an assurance from former Prime Minister Tony Blair that he was no longer wanted, as part of the controversial On The Runs (OTR) scheme.

Families of the victims continued their campaign with a march from Hyde Park Barracks to Wellington Arch in Hyde Park on Saturday.

They hope to keep their cause in the public spotlight to help raise £620,000 to fund a civil prosecution of Mr Downey, who is originally from Co. Donegal.

Mark Tipper, whose teenage brother Trooper Simon Tipper died that day, told the Press Association: “My brother had only been married a week, it was his first duty back after honeymoon, he was just 19 – nobody could imagine what that poor bride felt like, and 35 years on I know she (widow Louise) still hurts. 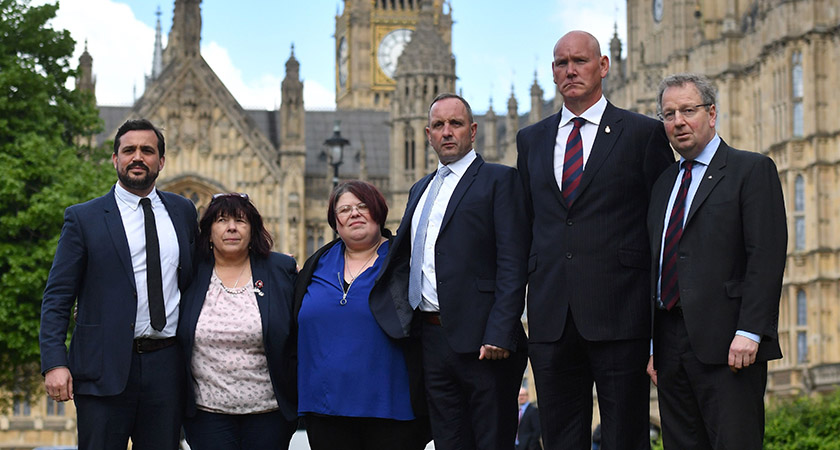 “Back then it wasn’t like today – when we lose soldiers so horrifically in Iraq and Afghanistan there’s a little help now, back then it was just ‘get on with it and sort your lives out’.

“According to our solicitor we need to raise £620,000 – it sounds one hell of a lot of money, but not for soldiers’ lives.

“I know that if our Prime Minister looked at her coffers there is special funding for cases like this, but we get no response to letters. The only people who can help us is Joe Public.”

Supporters have so far raised £67,000, but say they have received no help from the governments of Britain or Ireland.

Their anger has only been made more acute by recent revelations that Mr Downey received £50,000 in legal aid for his defence in the criminal trial, while the families have been denied such assistance. 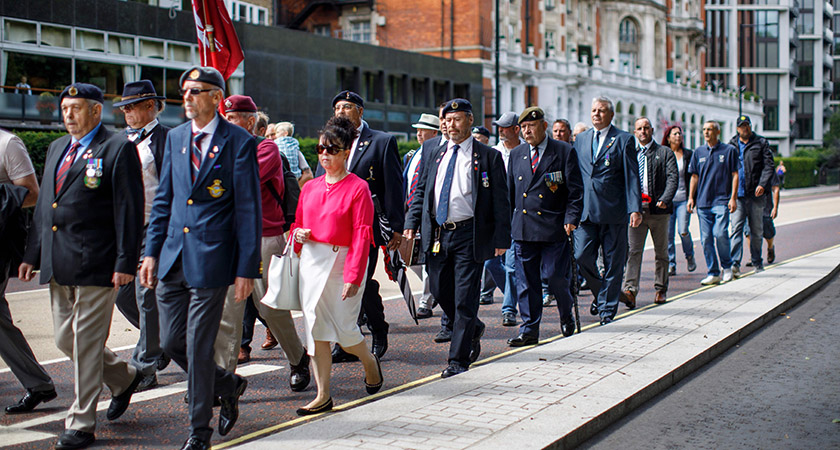 The families have been angered by a recent revelation that suspect John Downey has received thousands in legal aid (Picture: Getty)

Mr Tipper, 57, added: “If that (OTRs) letter had not have gone to Downey that trial would have continued and he would have been found either guilty or not guilty.

“We as families were never given that chance. All we want to know is that if this man did it, he will be brought to justice.”

Thirty-one others were injured while seven horses also died in the blast.

Mr Downey has continually denied any involvement in the bombing.