THE family of Joseph O'Hanlon have paid tribute to him after a man was jailed for his murder yesterday at Manchester Crown Court.

Anthony Bennett, 43, of no fixed abode, was sentenced to life in prison for the murder of 61-year-old Joseph O'Hanlon. 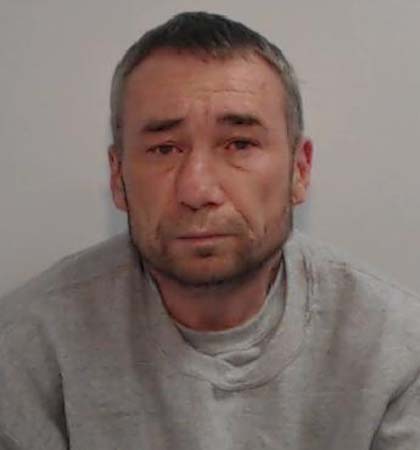 Bennett pleaded guilty and will serve a minimum of 21 years.

Greater Manchester Police (GMP) were called to a flat in Town Mill Brow, College Bank Way, Rochdale on Monday afternoon (May 2) after reports that a body had been discovered.

They later confirmed the death of Joseph O’Hanlon and arrested a 45-year-old man on suspicion of murder.

A post-mortem examination by the Home Office revealed that Mr O'Hanlon had sustained over 80 separate injuries which led to his death.

Mr O'Hanlon's wife Linda and Linda’s son Francis, who he brought up from the age of seven, paid tribute to him.

“Joe was a wonderful man who had a heart of gold and often went out of his way to help others. He was much loved by those closest to him," read a family statement.

“Joe was taken from us in April in completely unnecessary circumstances. We believe it was his kindness and vulnerability that put him in a position of danger.

“We cannot express how devastated we are that his life has been stolen from him. We miss Joe every minute of every day.

“His killer has now been sentenced, and justice has been served.

“We can try to repair our heartache although no matter how long the sentence is, it will not bring Joe back or make our loss any easier.

“We need to attempt to move on and hopefully today will now provide closure for our pain over the last six months, however, we will never forget Joe or the many memories he has given us.”

“This was a senseless killing of a kind and generous, vulnerable man. The injuries inflicted upon Joe by Bennett were sadistic and unnecessary.

“Joseph’s family now have to pick up the pieces and get on with their lives."