DAVID DRUMM, the former chief executive of Anglo Irish Bank, is facing jail after being convicted of fraud.

Drumm, 51, was found guilty of conspiracy to defraud and of false accounting at the Criminal Courts of Justice in Dublin today.

His actions precipitated Ireland’s economic downturn in 2008 and the ultimate nationalisation of Anglo in 2009.

During the 87-day trial the jury heard how Drumm and his co-conspirators had made their total end-of-year deposits look healthier than they were to maintain investor confidence.

To achieve this, Anglo placed €1.2billion with Irish Life and Permanent (ILP), which then used its non-banking subsidiary, Irish Life Assurance, to transfer the money back to Anglo.

This was done several times over three days to a total of €7.2billion, and was timed in such as way that the deposits would be recorded rather than cancel each other out. 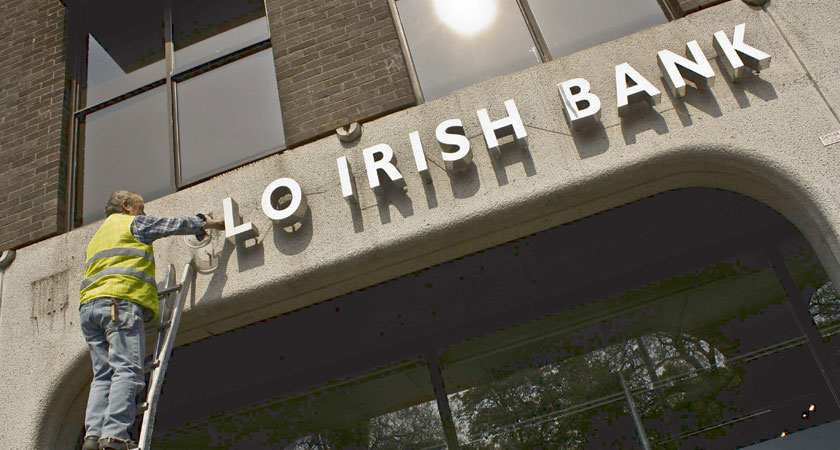 The bank was nationalised in 2009 (Image: RollingNews.ie)

The figure of €7.2million was included as part of an annual customer deposits total of €51.5billion, making the bank’s preliminary year-end balance sheet look healthier than it was.

He did this dishonestly and deliberately, the jury found, to induce people to lodge money or leave money in Anglo, even when he and others knew the bank was struggling.

Lawyers for Drumm said the transactions were not dishonest and were legitimate balance sheet management carried out openly and transparently while trying to protect the bank.

Judge Karen O'Connor released him on bail on condition that he sign on daily at Balbriggan Garda Station and agree not to apply for a new passport.

Drumm, who faces an unlimited maximum potential jail term on one charge and 10 years in prison on the other, will be sentenced on June 20.