GARDAÍ HAVE recommenced checks on motorists in three counties as lockdown restrictions were reintroduced following a spike in cases.

Laois, Offaly and Kildare have been sent back into lockdown-- or LOKdown-- after a surge in cases linked to outbreaks in meat and food processing factories.

While most of the cases can be traced to workers at the factories, there are fears of a high risk of community transmission as the workers live, shop and eat in the towns and villages within the counties.

'Operation Fanacht' has now been put back into play in the three counties, with Gardaí patrolling to ensure the public are complying with the new restrictions, which include not leaving their counties except in 'exceptional circumstances'.

Restaurants, cinemas and museums have been closed again, team sports have been suspended, and the number of visitors to a person's home has been reduced to no more than six people.

Deputy Commissioner for Policing and Security, John Twomey, said in a statement that the heavy garda presence "is designed to support the restrictions that are being implemented locally in these three counties in an effort to stop the spread of Covid-19."

As was seen during the nationwide lockdown in March and April, Garda checkpoints have been set up to engage with motorists and ask the reason for their journeys. 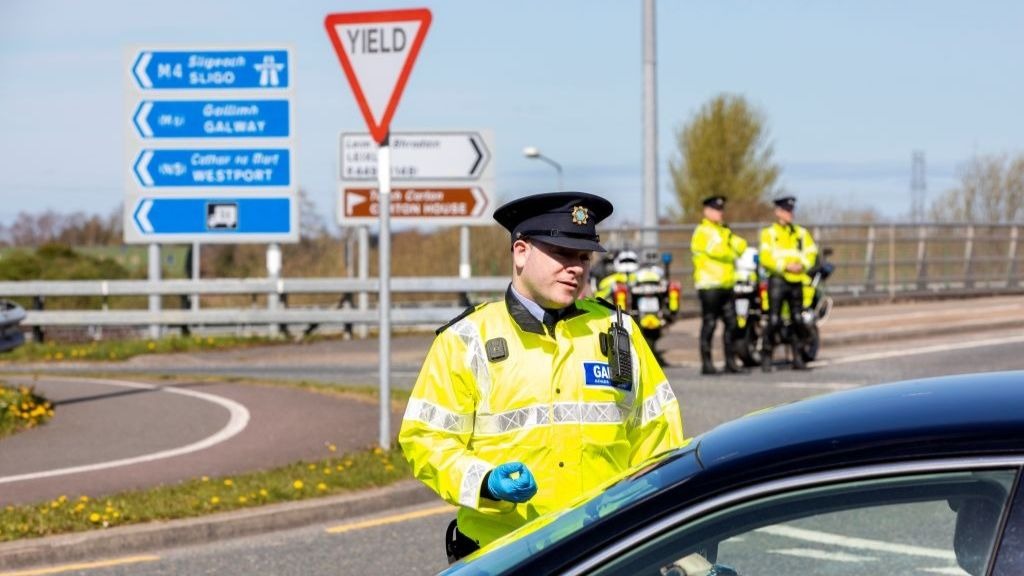 Garda checkpoints have been reintroduced in Laois, Kildare and Offaly to ensure compliance with newly imposed restrictions to curb the spread of Covid-19

Motorists would be asked not to travel beyond the borders of their own counties, however a statement released by An Garda Síochána says these rules would be encouraged rather than enforced.

People from outside the three locked down counties are asked not to visit Laois, Kildare or Offaly, and not to stop if passing through.

The local lockdowns will continue for at least two weeks, but Acting Chief Medical Officer, Ronan Glynn, has admitted there is a possibility of the restrictions being extended further after the fortnight has passed.

Depending on the numbers of new cases and the areas in which outbreaks are identified, further local lockdowns could be extended to other counties, the National Public Health Emergency Team have warned.

68 new cases were confirmed in Ireland as of yesterday evening, bringing Ireland's total to 26,712.

There were no further deaths reported.