THE resignation of Garda Commissioner Martin Callinan because he refused to withdraw a comment that two whistleblowers were “disgusting” signified far more than a political storm.

Martin Callinan could not countenance the fact that a serving garda sergeant and a recently retired garda had released details of a scandal that the Justice Minister had seen fit to ignore when it had come across his desk.

In his defence the Commissioner was then dragged in to a political row he was evidently ill-equipped to deal with.

Martin Callinan, though, essentially walked away from his job because, for him, the old codes of deference and subservience to power were being broken and that was not something he could countenance.

The intricacies of what the two whistleblowers were reporting are, overall, incidental.

They were providing evidence of the fact that certain people seemed to be able to get their traffic offences squashed on the basis of who they knew with the unwritten assumption being that these people might well have been those with access to wealth and power.

This wasn’t a garda telling someone to cop themselves on and giving them an earful instead of a ticket. This was the old Irish adage of who you know and, of course, the unsaid Irish adage that the more powerful you are the more useful the people you know will be.

However you look at it though, it would not rank high on a league table of outrageous examples of corruption.

That it should bring down the highest ranked policeman in the country seems almost comical.

Yet such bodies as the Road Safety Authority were supportive of the two whistleblowers and applauded their courage in speaking out and it is hard to believe that Martin Callinan himself would not have approved of anything that supposedly made the roads safer.

What Callinan couldn’t stomach though was that someone had broken rank. 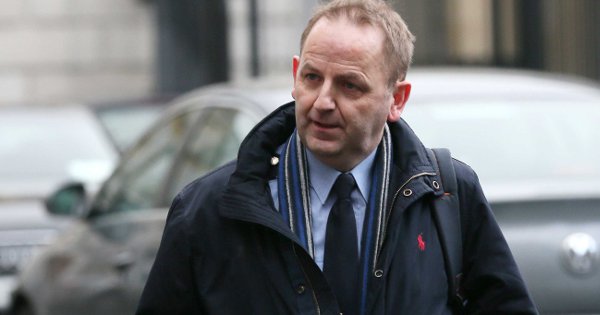 Sergeant Maurice McCabe is one of two garda whistleblowers

Back in December of last year the Smithwick Tribunal, investigating the killing of two senior RUC men in 1989, concluded that the Gardai valued loyalty to the force over loyalty to the truth.

The Commissioner was outraged by this and refused to accept the judgement.

Unfortunately for him, though, it is hard to draw any other conclusion from his reaction to the two whistleblowers than that their prioritising the truth over the force “disgusted” him.

They had put the truth before the force, before loyalty to the organisation. Commissioner Callinan couldn’t stomach that and over a relatively mundane issue he ended up sacrificing his career.

That the abuse of road ticket cancellations was too much for these two serving garda might hint at more behind the story of how power is used in the Gardai and the fact that, on the same day as Callinan resigned, the Government announced an investigation in to garda phone tapping suggests there may yet be a disturbing darkness behind how the police force of Ireland works.

Hopefully, the truth of it all will come out.

For now, though, the really disturbing part of this story is the reaction of Commissioner Callinan.

In our naivety we may have thought we had come into another age here in Ireland. We may have thought that, after the revelations of abuse in the Church, in Magdalene Laundries, in Industrial Schools, hell, even the abuses of power that stemmed out of Charlie Haughey’s Fianna Fail and into Bertie Ahern’s, that we had learnt the dangers of power.

That we had learnt that tipping our hats to authority and glancing downwards and away was dangerous – that it was not good enough.

That being intimidated by a clerical collar, a starched apron or a bigger hat was not the way to run a proper society.

We might have thought that claiming not to have known what was going on just left everyone feeling and looking guilty.

The actions of Martin Callinan suggest that the old attitude is still entrenched in one of the corners of society where we all most need it not to be and that the attitudes of the past still hold sway today.

Sadly for Martin Callinan, after a 41 year career, after reaching the height of his profession he has been undone by an attitude that should have disappeared at least four decades ago.