Gardaí seized the drugs as part of Operation Tara (Image: An Garda Síochána)

GARDAÍ have made a major drug seizure following a raid on a property in Co. Dublin on Friday.

Approximately €358,000 of suspected cocaine and a large quantity of suspected mixing agent were discovered in the search yesterday morning.

Five vehicles worth a combined €300,000 were also seized in the raid, part of the gardaí’s recently launched anti-drugs strategy, Operation Tara. 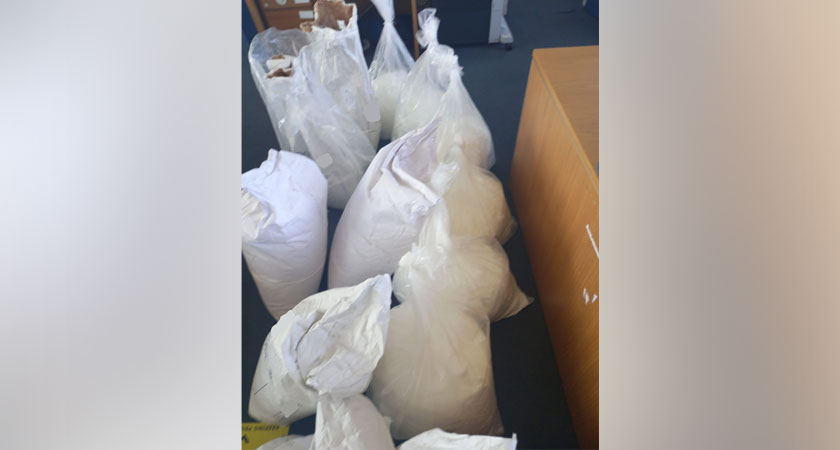 No arrests have been made but investigations are ongoing.

It will see individuals and groups involved in the drug trade targeted by enforcement activity based on intelligence and the latest crime trends.

Speaking at last month’s launch, Garda Commissioner Drew Harris said: "The term 'recreational' drug use is a dangerous misnomer that hides the irreparable damage that illegal and dangerous drugs cause to individuals and society.

"A current generation is suffering from and will be lost to the menace of this illegal drug use."

He added: "Under Operation Tara there will be a particular focus on street-level dealing.

"Not only is this dealing devastating for the individual buying the drugs and their loved ones, it is also corrosive for local communities to have to witness it.

"It is no longer the case that such dealing is confined to our cities and urban areas, it is now happening in towns and villages around the country. Operation Tara will tackle this scourge."