SERGEANTS AND inspectors in An Garda Síochána will wear a new uniform beginning today, in what is only the third time the uniform has been changed in the force's 100-year history.

The uniform will also feature the An Garda Síochána crest for the first time.

The new uniforms were delivered to stations all over the Republic of Ireland in February.

Gardaí will no longer wear shirts and ties, except on formal occasions, but will still continue to wear the distinctive peaked cap.

The uniform for senior officers, from Superintendent up to Commissioner, remains the same.

A new garda uniform was a key recommendation outlined in the Commission on the Future of Policing in Ireland Report, 'A Police Service For Our Future'. 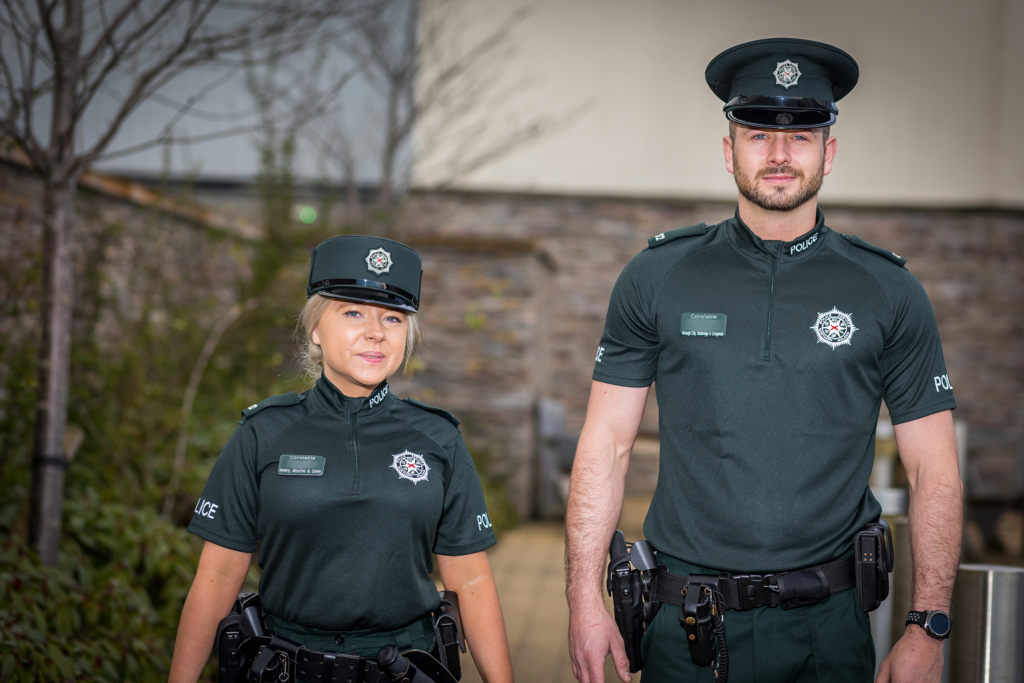 The new PSNI uniform, which is replacing the original uniform that has been in place for 20 years.

It was the first time the police uniform has changed since the PSNI was officially formed in 2001.