The Giant's Causeway has been named among the top 100 most important geological sites in the world (Image: Andrea Pistolesi / Getty Images)

CO. ANTRIM'S famous Giant's Causeway has been named among the most important geological sites in the world.

The famous landmark was selected alongside other natural wonders such as the Grand Canyon in America, Brazil's Sugar Loaf Mountain and Mount Everest in Nepal.

The list was compiled by the International Union of Geological Sciences (IUGS).

It selected sites based on their scientific value and contribution to the development of geological sciences, as well as their iconic status. 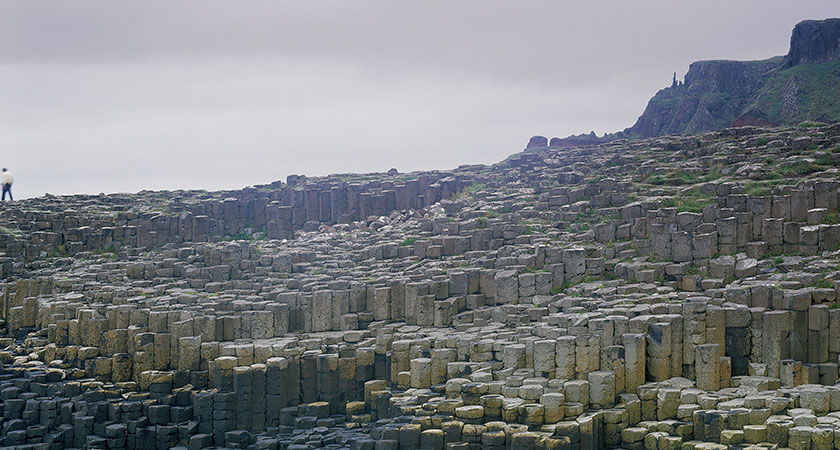 "I am delighted that the International Union of Geological Sciences, an organisation representing over one million geoscientists globally has selected Giant's Causeway as one of the world's top 100 Global Geosites," said Northern Ireland Economy Minister Gordon Lyons.

"The Giant's Causeway already plays a major role in attracting visitors to Northern Ireland and this announcement can only help increase the level of attraction."

The distinctive landmark is thought to have been formed as molten basalt cooled following a volcanic eruption.

However, legend says it was created by Irish giant Fionn mac Cumhaill as he attempted to build a causeway across the sea to fight Scottish rival Benandonner. 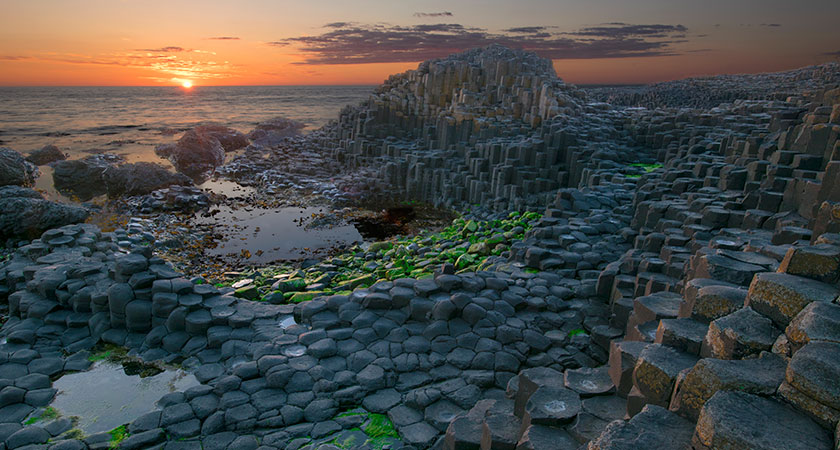 The famous natural landmark on the north coast of Northern Ireland was selected primarily for its role in the development of geology as a science, representing a key site in proving the origin of volcanic rocks during the 18th century.

It was nominated jointly by the Department for the Economy's Geological Survey of Northern Ireland (GSNI), the Northern Ireland Environment Agency and Trinity College Dublin due to its importance.

Many of the sites chosen have helped to develop the science of geology, whilst others are the world's best examples of geological features and processes.

The identification of the top 100 sites was part of a project that involved more than 200 specialists from almost 40 nations and 10 international organisations.

The IUGS hopes that the initiative to recognise geological heritage sites of high international importance will boost recognition, conservation, geo-tourism and educational activities.