(L-R) Jack Chambers, Pippa Hackett and Hildegarde Naughton will receive the 16,000 boost to their 124,000 salaries.

THE IRISH Government have voted in favour of giving three junior ministers a €16,000 pay rise.

Fianna Fáil, Fine Gael and Green Party TDs voted over the weekend to give three 'super junior' ministers a €16,000 earnings boost on top of their €124,000 salary for serving as a Minister of State.

Usually, only two 'super junior' ministers are entitled to the massive pay rise, however the three-party coalition will have three junior ministers. 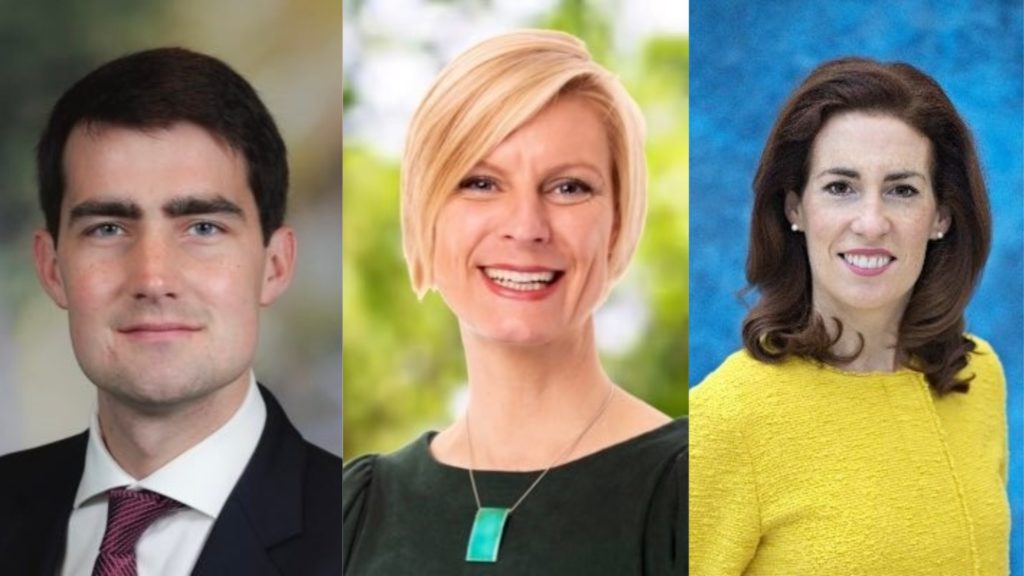 The laws, which have now been passed, drew anger from the public and opposition parties, with Sinn Féin's Pearse Doherty describing the pay rise as "obscene" while many of Ireland's citizens are struggling due to the coronavirus pandemic.

Speaking in the Dáil on Friday, Mr Doherty pointed out that a frontline nurse would have to work every day for seven months to receive the earnings boost which have been given to the three ministers.

"I think it's obscene, I think it is wrong, I think the pay of TDs of Senators, of office holders should actually be cut, not increased," Mr Doherty said.

"If ever there was a time-- in the middle of a pandemic, this is the time to be taking decreases not increases in pay," Mr Doherty said.

"I presume Sinn Féin ministers will be marching in to Stormont on Monday and rushing through legislation to reduce the pay of ministers," Mr Harris said.

People Before Profit leader Richard Boyd-Barrett took to the floor in the Dáil on Friday where he suggested that the people of Ireland should give the three super junior ministers a round of applause rather than a pay increase, as was given to those on the front line throughout the height of the pandemic.

Rather than giving the three 'super' junior ministers another €16,000 on top of their €124,000 - @RBoydBarrett suggests giving them a round of applause like they gave healthcare workers on the frontline #Dail #corruptkip pic.twitter.com/FYoEnhzBse

Sinn Féin spokesperson for Housing, Eoin Ó Broin, shared an image of the vote on Twitter and asked "Is this the change you voted for?"

Frontline workers are literally putting their lives on the line in the fight against Covid-19.

Meaanwhile FF, FG and Green Party TDs vote for a €16,000 bonus for Super Junior Ministers. Is this the change you voted for?! pic.twitter.com/AmYms5RVyd

Social Democrats co-leader Róisín Shortall said the pay rise was "a real slap in the face for the people who have had a really hard time over the last five months".

"People who have lost their livelihoods, their incomes and in some cases their homes being in danger.

"It is a slap in the face for the business community who are struggling to survive."