Have you seen Jorja? Gardaí 'concerned for welfare' of missing 13-year-old girl

AN GARDA Síochána have issued an alert to the public for their assistance in locating a young teenager missing from Dublin.

Jorja O'Keefe,w ho is just 13 years of age, was reported missing yesterday morning, Monday 13 September, at around 9am.

The young teenager vanished from her home in the Clondalkin area and has not been seen since.

Gardaí have said they are concerned for Jorja's welfare and are hoping to locate the teenage girl as soon as possible.

In a missing person's report from An Garda Síochána, Jorja is described as being approximately 5 foot 4 inches in height, with a thin build, long brown hair, and blue eyes.

A photograph of the missing girl, released by Gardaí via Jorja's family, can be seen below. 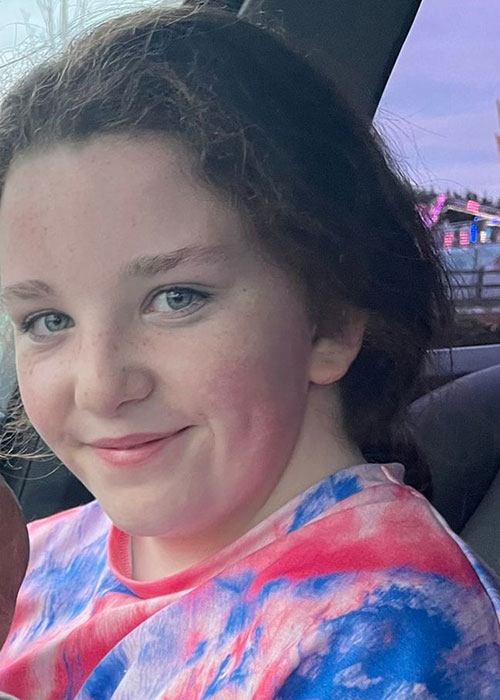 Jorja is described as being approximately 5 foot 4 inches in height, with a thin build, long brown hair, and blue eyes.

When last seen on Monday morning, Jorja was wearing a a bright coloured top, black cycling shorts, and white runners. She was also carrying a blue rucksack and her hair was tied up.

Gardaí have appealed for anyone with any information-- no matter how insignificant-- on Jorja's whereabouts to get in touch, stating that both Gardaí  and Jorja's family "are concerned for her welfare".

Anyone with information which could locate Jorja is asked to contact Clondalkin Garda Station on (01) 666 7600, the Garda Confidential Line on 1800 666 111, or any Garda Station.