PRESIDENT JOE Biden has led a nationwide moment of silence from the White House as the country passes the grim milestone of 500,000 dead.

Yesterday evening, President Biden and his wife, Dr Jill Biden, as well as Vice President Kamala Harris and second gentleman Doug Emhoff stood with their heads bowed outside the White House to mark a moment's silence as the Covid-19 death toll grew to over half a million.

At around 6.15pm local time, the sombre televised moment also showed 500 lit candles lining the steps of the White House to commemorate those who had lost their lives, and  the White House military band performed 'Amazing Grace'. 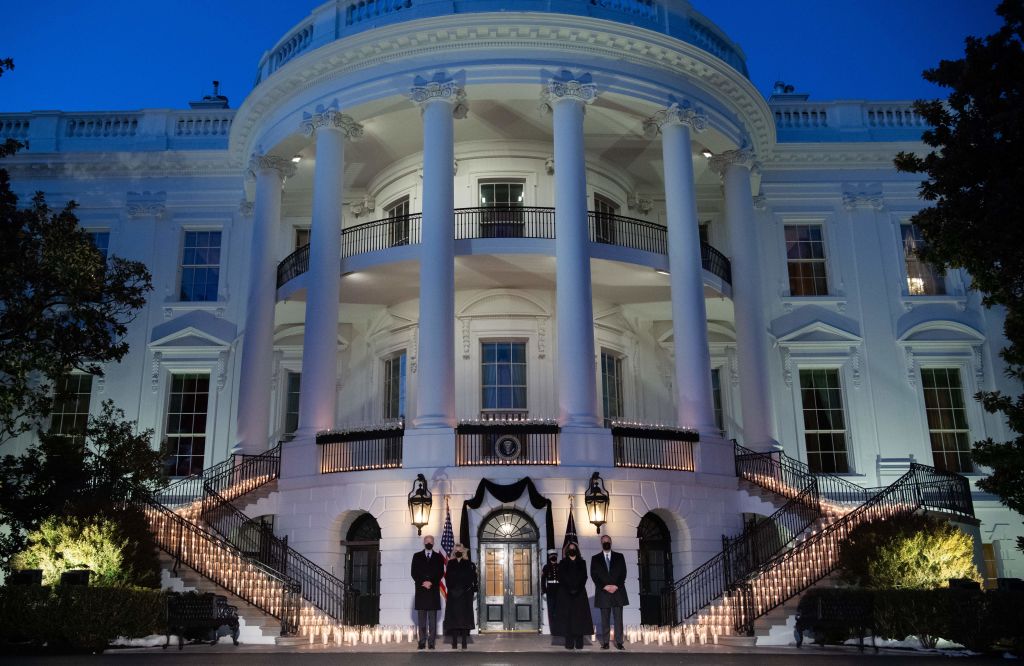 US President Joe Biden, First Lady Jill Biden, US Vice President Kamala Harris and her husband, Doug Emhoff, hold a moment of silence and candelight ceremony in honor of those who lost their lives to Coronavirus (Photo by SAUL LOEB/AFP via Getty Images)

Speaking before the moment's silence was held, a 'heartbroken' Mr Biden urged people to set aside their differences and come together to fight the common enemy, the Covid-19 virus.

"But as we acknowledge the scale of this mass death in America, we remember each person and the life they lived. They’re people we knew.”

Mr Biden used his own grief to remind Americans he knows how it feels to lose a loved one, saying he knows the pain "all too well".

"That black hole in your chest.  You feel like you're being sucked into it. The survivor's remorse. The anger. The questions of faith in your soul." 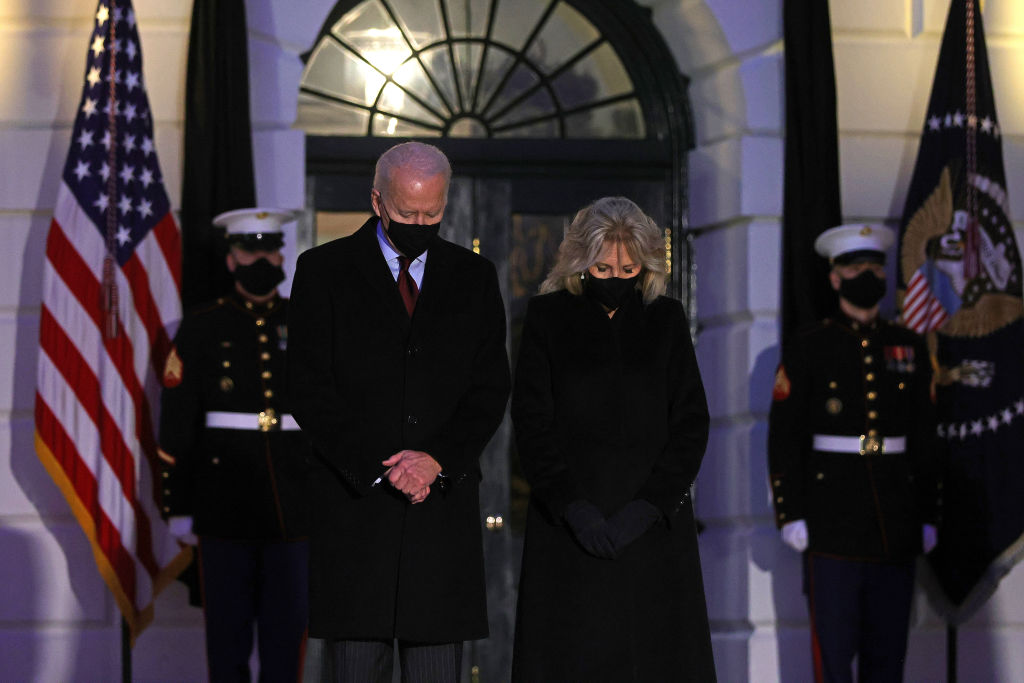 He continued: "We must end the politics and misinformation that has divided families, communities and the country, and has cost too many lives already. It’s not Democrats and Republicans who are dying from the virus. It’s our fellow Americans.

"We have to fight this together as one people, as the United States of America."

All flags on federal properties and military facilities in the US and at embassies across the world will be lowered to half-mast until sunset on Friday as a mark of respect for the dead, Mr Biden has ordered.