A DOG OWNER from Dublin was left devastated after her dog Teddy was viciously savaged in front of her eyes.

Deidre Daly was walking Teddy, a Bichon Frise, on Dollymount Strand when he was attacked by two bigger dogs who emerged from the sand dunes.

Teddy was rushed to nearby veterinary centre, but due to the severity of his injuries, Deidre and her family decided the best thing to do would be to put him down.

Speaking to 98FM this morning, Deidre spoke of how she tried to fend off the attacking dogs with a stick as Teddy yelped in distress. 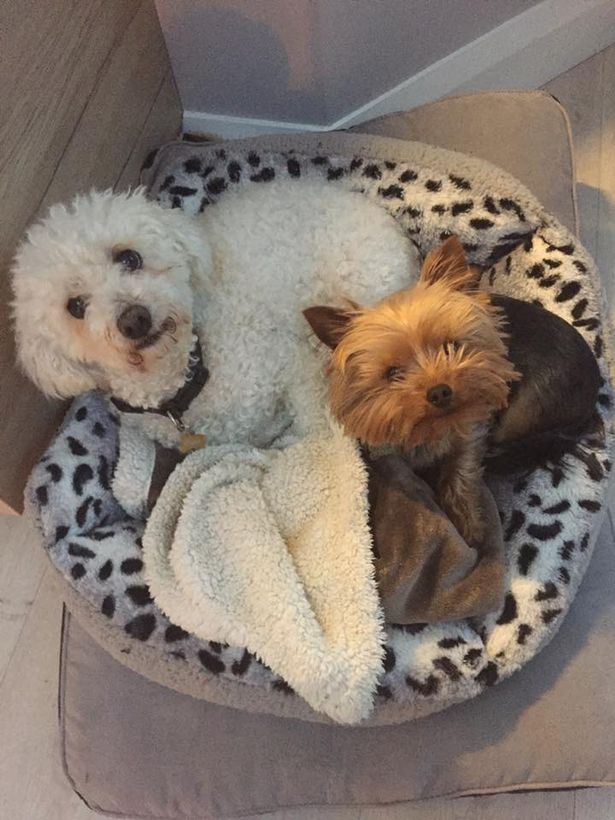 Teedy [left] and Amber [right] were attacked by two pitfall mastiffs on a beach in Dublin
She had her other dog, Amber, a Teacup Terrier, in her arms to keep her away from the larger dogs which were believed to be Pitbull Mastiffs.

“I tried to beat the dogs off but it had no effect, my big stick broke on its head and I feared for my own life and for little Amber who I was holding tightly,” she said.

The Mastiffs’s leashes were hanging off their collars, something Deidre felt showed total irresponsibility on behalf of the owners, who were nowhere to be seen during the incident.

Deidre said she cried out for help, assuming whoever owned the pitbulls would be nearby, but no one came.

“I was screaming for help but the owner stayed hidden in the sand dunes.

“Eventually Teddy fell like a rag doll, they thought he was dead and they sauntered off into the dunes to their owner.” 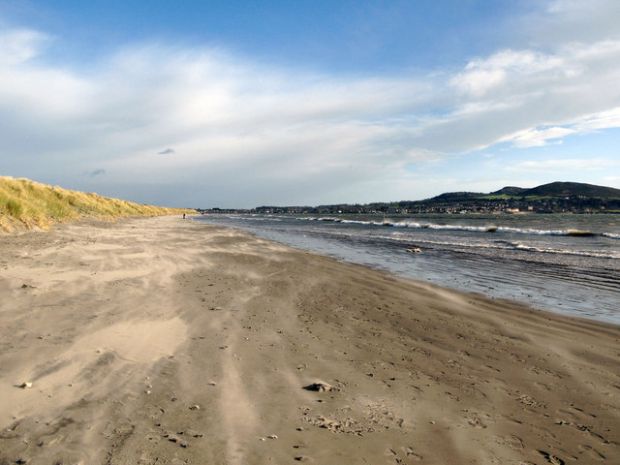 Another passing group of dog walkers rushed over to help Deidre, and after wrapping Teddy in a sweater, took him to get treated. Teddy sadly didn’t survive.

“The vets said they hadn’t seen such horrific injuries and that there was little hope,” she added.

Deidre posted of photo of Teddy’s injuries to Facebook in an attempt to warn others about walking their dogs, and indeed their small children, on Dollymount Strand, but also to force the owners to come forward and accept responsibility for the attack.

“They [the owners] must have heard me screaming. They must have,” she added.

She went on to say that the owners would have seen their dogs return to them “covered in blood” and would know “without a doubt” that their pitbulls caused this horrific incident.