A DUBLIN Councillor has suggested that people who took part in the anti-racism protests in Dublin should have their €350 Covid-19 payments cut.

Fine Gael Councillor David McManus told 98FM's Dublin Talks that the "reckless" protesters should have their weekly payments removed "as their actions are a blatant breach of public health guidelines".

While he expressed his condolences to the loved ones of George Floyd, and said that racism should not be tolerated, he said that the protests were meant to show solidarity, and asked "but where was the solidarity with our frontline workers?".

He suggested that anyone who took part in the mass gatherings should have their weekly pandemic payments removed if they are in receipt of it. 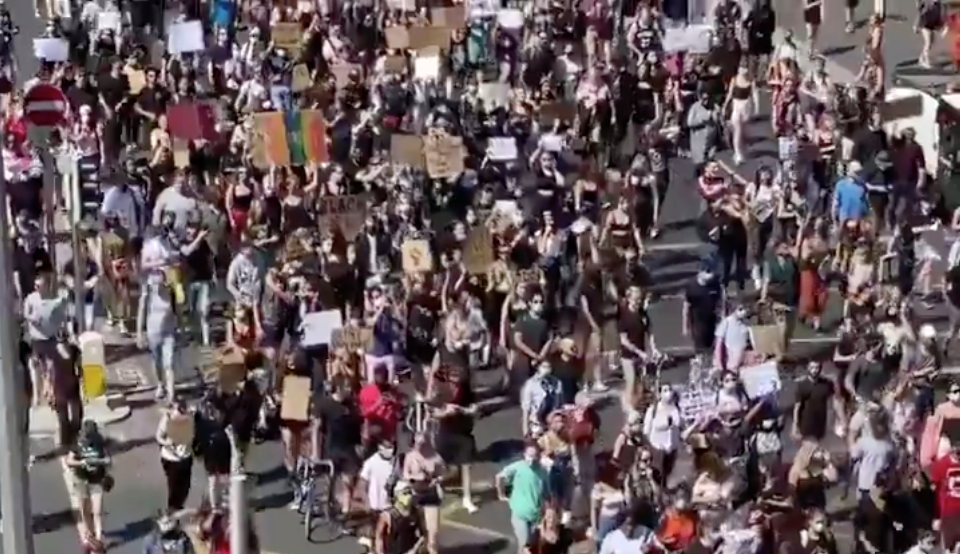 Up to 5,000 people took to the streets of Dublin in solidarity with the Black Lives Matter movement on 1 June

"I believe that George Floyd was murdered and we need to show solidarity", he said, "but we are in the middle of the biggest public health crisis our country has ever faced".

Cllr McManus stressed that it was not just the anti-racism protesters who should have their payments removed, but "anyone caught breaking the guidelines", referencing earlier protests against the introduction of the lockdown, and a protest which took place last weekend against 5G.

The latest Black Lives Matter protest which took place in Dublin last Saturday was a "blatant" breach, he said. 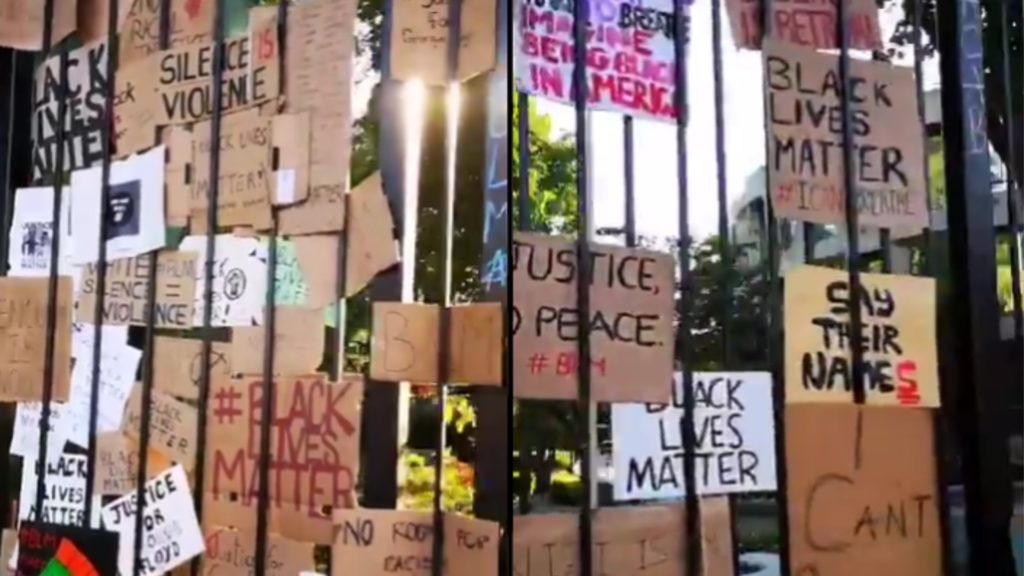 "They had clear warnings from the Department of Health... they knew the risk they were taking, they knew the restrictions were in place, and they chose to ignore them.

"For the vast majority of Irish people who are following the lockdown rules, I think it's a slap in the face."

"Solidarity is a two-way street," he said. "It works both ways."

He said that Police in Belfast were taking details and handing out on-the-spot fines to protesters caught breaching guidelines over the weekend, and suggested that Gardaí could do the same here.

Mr McManus' comments drew callers from both sides of the debate, with one woman, Anne, saying "Thank God that Councillor stood up".

"There's no consequence for breaking [restrictions]," she said. "We're not supposed to have mass gatherings.

"It's blatantly putting two fingers up to our frontline workers and the rest of us that are [abiding by the restrictions]".

Another woman, Rena, who is mixed race, said she had attended both Black Lives Matter protests and stated "we have to show our support".

Organisers for last Saturday's protests had put 2-metre distancing markers on the ground and were handing out PPE such as gloves, masks and hand sanitiser in order to make the protests as safe as possible, she said.

The protests were necessary, she said, to allow people to "show our support, and showing that change needs to happen".

You can listen to the full discussion on 98FM's website here.