A HELMET and lifejacket believed to have belonged to the crew of tragic Irish Coast Guard helicopter Rescue 116 have been recovered near Achill Island.

The objects were discovered by a fisherman around one nautical mile off the Co. Mayo island last Thursday, Gardaí confirmed.

It is understood that the items became tangled in the fisherman's nets before he handed them in at Belmullet Garda Station, where they are now being closely examined.

It comes more than a year after the crew of R116 died when their Sikorsky S92 helicopter crashed into Blackrock Island off the Mayo coast in the early hours of March 14, 2017.

It is believed that the tail of the aircraft struck rocks on the western end of the island as it returned from supporting a rescue mission to refuel at nearby Blacksod. 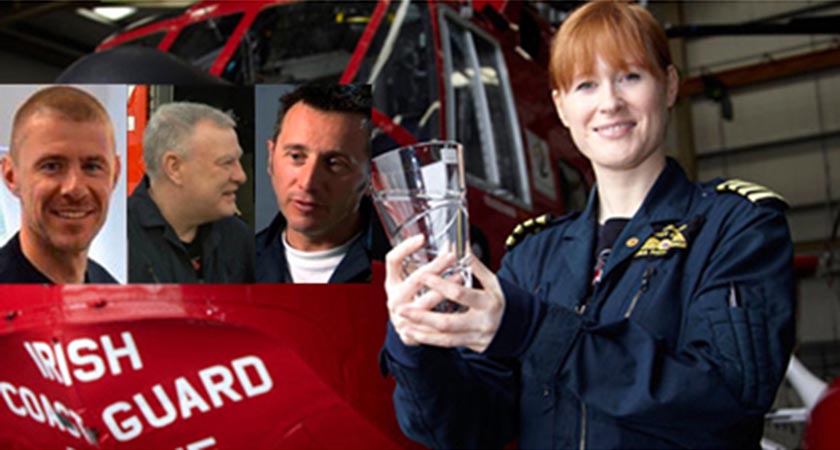 The bodies of Captain Dara Fitzpatrick and Captain Mark Duffy were recovered in the days and weeks following the tragedy.

However, the remains of winch operator Paul Ormsby and winchman Ciarán Smith remain lost at sea.

Last October, a helmet and lifejacket found north of Achill Island at Elly, near Clogher, were identified as having belonged to Smith.

The items discovered off Achill on Thursday were found about 12km south of the crash site on Blackrock.

A Garda spokesman confirmed the objects had been handed to Gardaí in Belmullet.

"A fisherman found a life jacket and helmet about one nautical mile north Achill Island on the evening of the July 12, the items have been handed to Gardai in Belmullet who have taken possession of the items," they said.

"It is believed the items are from Rescue 116 helicopter that crashed off Mayo in 2017."