Private Joseph Prosser, from Moneygall in Co. Offaly, won a Victoria Cross for his bravery during the Crimean War of 1853 - 1856 (Image: Royal Scots)

WITH his shy smile and impressive moustache, Joseph Prosser’s fading image provides few clues to the high drama which would mark him out as a national hero.

Yet a solitary clue emerges in the four-pronged shape and dull grey colour of the medal that hangs on the left breast of his resplendent Royal Scots dress uniform.

For that highly recognisable chunk of bronze is Britain’s ultimate award ‘For Valour’, the Victoria Cross, which the young Irishman received for two displays of near-reckless courage in the face of the enemy.

It was amid the horrors of the Crimean War, over 160 years ago, that the 27-year-old private soldier emerged from the shadows to carve his place in military history.

First he dived from cover into withering crossfire to haul back a fellow soldier who was crossing no-man’s land in an attempt to defect to the enemy.

Then, just under two months later, Prosser again leapt from a forward trench and - once again under a hail of bullets - helped carry a badly injured fellow soldier back to his lines.

It was to be another 18 months of hard fighting, together with disease and deprivation, before the soldier from the small southern Offaly town of Moneygall was to become its most famous citizen when the VC was pinned to his chest in a ceremony in his new base in Gibraltar. 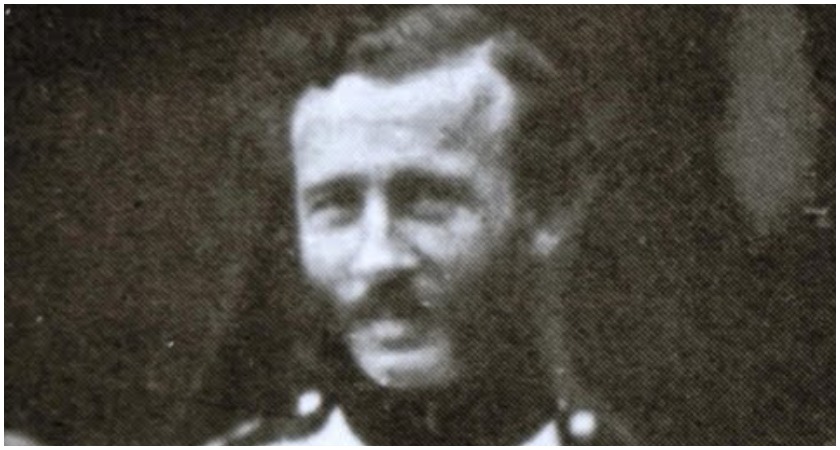 Despite his heroism, Private Prosser died in poverty in Liverpool aged just 39 in 1867 (Image: Royal Scots)

Soon after, Prosser left the army and settled in Liverpool, where little is known of his remaining years except that he had a wife and at least two children and died aged just 39 at his home in Birchfield Street, Liverpool, in 1867. He was buried in a pauper’s grave in the city’s Anfield Cemetery.

His heroic legacy did not, however, die with him: in 1995, his grave was renovated with a new headstone and his VC and campaign medals are now on display in the Royal Scots Regimental Museum in Edinburgh Castle.

It is in that city that the Irishman, who was driven by the Famine and poverty to leave his homeland and join the British Army, will be honoured once again in a ceremony on March 11 at The Royal Scots Club in Edinburgh.

Prosser and the seven other VC winners (the rest are Scottish and English) will be commemorated by the unveiling of eight specially designed entrance stones in Edinburgh bearing their names and key details.

It will be a moment to savour for Moneygall, which, a decade ago, celebrated another famous ‘son’, Falmouth (Falmuth) Kearney, the great-great-great grandfather of former US President Barack Obama.

Private Prosser was one of the first recipients of the then relatively new Victoria Cross award, which was introduced by Queen Victoria in 1856 to honour acts of valour ‘in the presence of the enemy’ during the Crimean War.

The distinctive crosses were struck originally from the bronze of Russian cannon captured during the siege of Sevastapol – the long and bitter conflict in which Prosser undertook the two acts of heroism recorded in his medal citation.