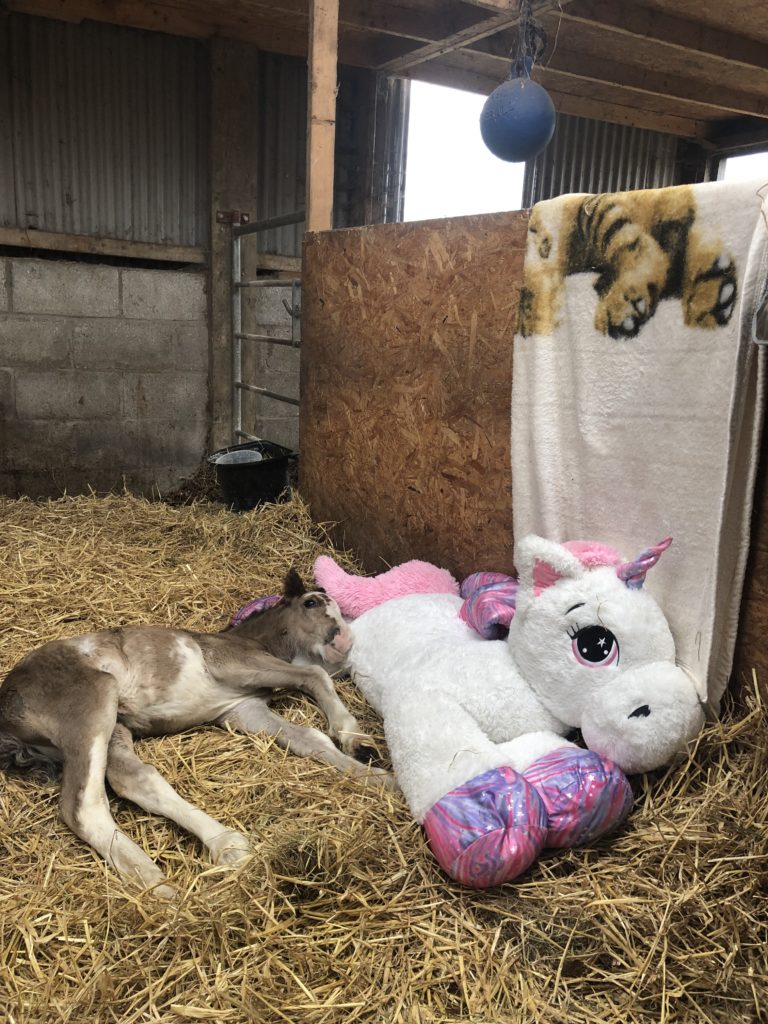 George with his cuddly toy

At Hilltop Sanctuary in Co. Clare this summer two orphaned foals were taken in — both in trouble as their mothers had died.

Now named George and Daniel, George was the first to arrive after his owner surrendered him due to his poor condition — so weakened that he had to be carried from the horse box. Catriona Lowry, who runs the sanctuary, told The Irish Post, “He was no bigger than a labrador dog. And he was covered in wounds, probably from bigger horses stepping on him as he slept.

“With no mother to protect him or feed him, he was at risk of dying. It was around the clock feeding for the first few days.”

Catriona soon found that another essential was needed: “Big teddies – big teddies for company. We put out a social media call-out, and we soon had furry companions for George, even a unicorn! Bigger than him but the perfect companion for a foal just a few days old. He immediately cuddled into the toys.”

Shortly after the arrival of George, Daniel arrived. He had been found in a field with his deceased mother. She had been dead for a few days and he had apparently never left her side.

Catriona told The Irish Post, “From the moment Daniel walked out of the horse box, what was evident was his grief, his eyes were so sad, and he was afraid of everything. But George who is half his size took him ‘under his wing’ and, like the stuff of fairytales, encouraged him to come to us and to feed - teaching him how to survive as an orphan. He also showered him with affection.” 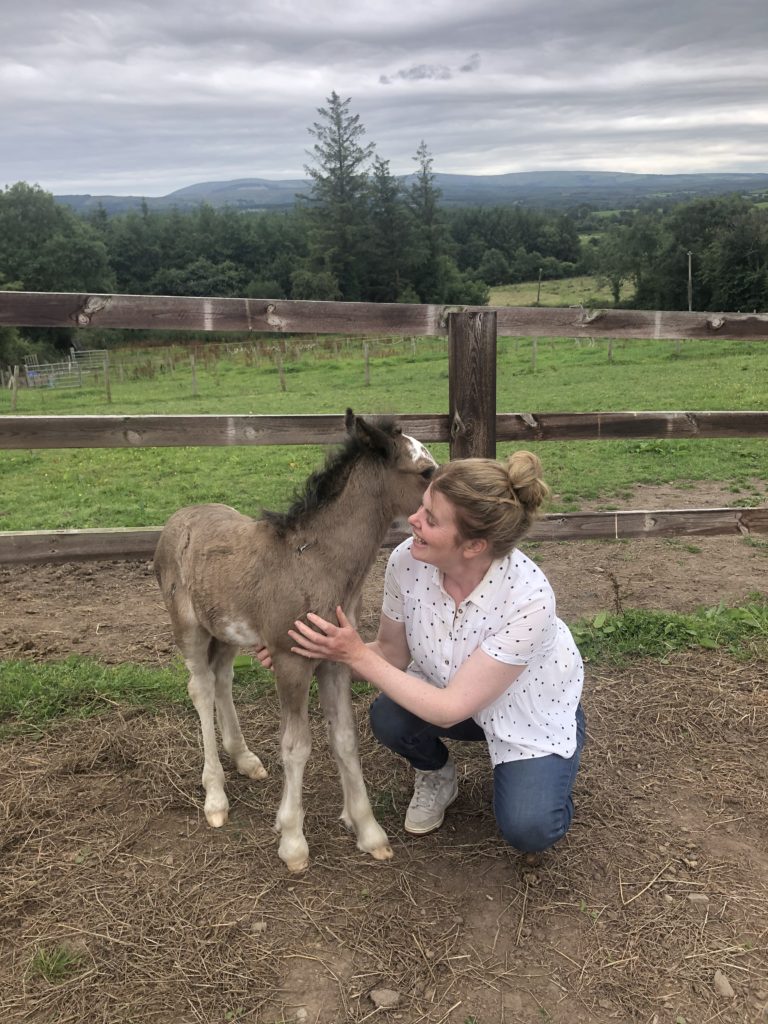 Catriona with a recovering George

George ultimately had to have an operation. “It was definitely Daniel who got him through recovery and today they are truly rescue brothers. A few months in the world and yet have faced so much alone and together. Yes, the unicorns are still in their stables but as long as they have each other, nothing else matters to Daniel and George,” says Catriona.

If you want to help the sanctuary, go to https://gofund.me/f003bbda

They have calendars for next year in already! 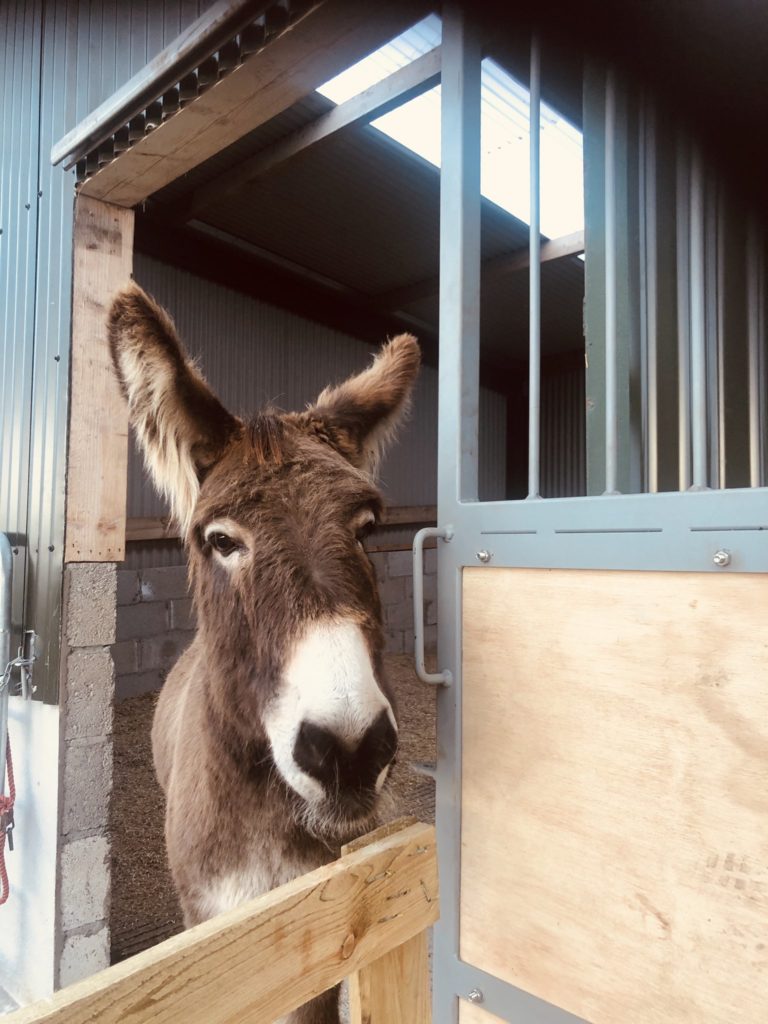