A HOLLYWOOD actor has pledged to play one half of the Irish Olympian rowing brothers the O'Donovans in a film adaptation of their silver medal success.

Scottish actor James McAvoy, who previously played Rory O'Shea in Irish film Inside I'm Dancing, said he was 'mesmerised' by the brothers.

Gary and Paul O'Donovan from Skibbereen, west Cork became viral sensations overnight for their post-race interviews during the Rio Olympics in 2016, most notably for coining the phrase: "Close your eyes and pull like a dog."

The brothers went on to claim silver behind France in the lightweight double sculls in Rio, the first rowing medal won by Ireland in the Olympics.

Now, Glasgow native McAvoy has said he and Irish actor Michael Fassbender are the perfect choice to play the brothers, after the actors and athletes met on The Graham Norton Show in December 2016. 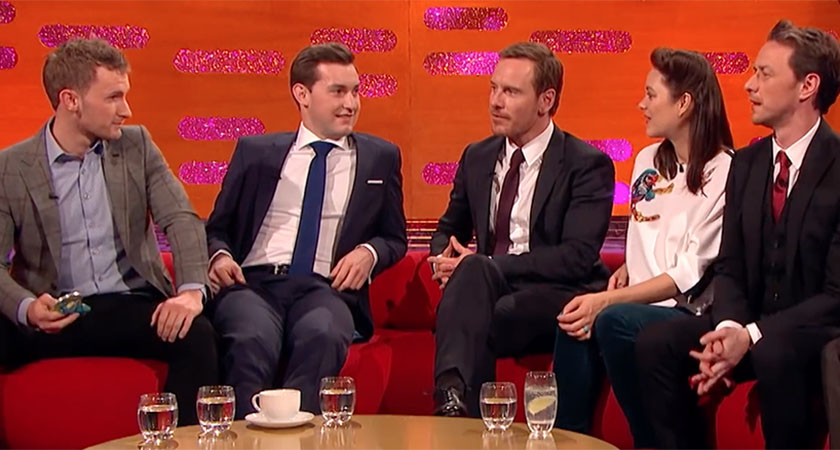 The foursome, pictured above with actress Marion Cotillard, met on The Graham Norton Show. (Picture: BBC)

Speaking to The Sun, McAvoy said: “We’ve been looking to do something else together that has heart, has action, has suspense, has comedy. Has Olympic medals. It’s a no-brainer.

“I was just mesmerised by the O’Donovans. They sat on that couch and commanded focus.

“They were the funniest, coolest guys and just by being themselves, they sort of won over the world.

“And even though yes, they are much younger than us, that’s what make-up and CGI magic is for.”

However, while Kerry native Fassbender may have an advantage in replicating the brothers' thick Cork brogue, McAvoy isn't daunted, saying: “They’re of the same family of Celtic sounds. Michael has the upper hand but I could handle it.”

James McAvoy appears in Atomic Blonde with Charlize Theron which will be out later this month.