'I was raped in a classroom, no one said sorry' - Irishman in Britain wants State apology for horrific school abuse

AN IRISHMAN in London wants an apology from the Irish Government for the horrific abuse he suffered as a child in a State-run school.

Daniel Cronin, 30, will meet with Fianna Fáil leader Micheál Martin next week to push for an apology and enquiry into the abuse inflicted upon him as an 11-year-old boy by a teacher at a Christian Brothers school in Co. Cork in the late 1990s.

Mr Cronin, now a trained carpenter and construction site manager in London, says teacher Denis O'Shea - who he attended one-on-one classes with for dyslexia - recognised him as vulnerable.

“I felt straight away that there was something creepy about him,” Mr Cronin told The Irish Post.

"When he’d bend over my shoulder to correct my work, I would get that awful stale musty smell and putrid breath that still haunts me today.”

“He recognised that I was vulnerable," he added. "And paid me more attention, plying me with Mars bars from his ‘treat cupboard’ when I did well.

"When he bent over me I felt something hard, digging into my back. I didn’t realise it then, but he had an erection.” 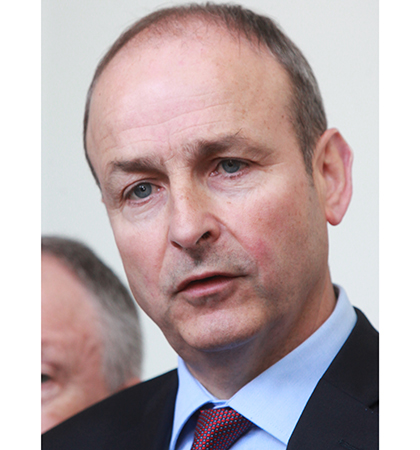 Daniel Cronin will meet with Micheál Martin next week to seek an apology and an enquiry for the abuse he suffered while in a State-run school. (Picture: RollingNews.ie)

Mr Cronin finally disclosed the abuse to his mother and after a 13-day trial in 2000, Denis O'Shea was jailed for 10 years for the rape of the then 11-year-old pupil.

O'Shea died in 2012 having served six-and-a-half years in prison. His identity was initially withheld for legal reaons but after a campaign by Daniel Cronin's mother his anonymity was waived in court.

Now almost 20 years later and having suffered with depression and an eating disorder, Mr Cronin wants an apology for the abuse he endured at Midleton Christian Brothers National School.

"I'm not holding my breath that anything is going to happen but I'm hopeful that there will be some recognition for what happened to me," he said.

"I left school without qualifications, as I found it very hard to be in a school environment, and I did go back to college as an adult, but it brought back a lot of past demons and the memories of my childhood," he added.

"A child can fall over in a playground and get compensated, but I was raped in a classroom and I never got as much as an apology."

As for his outlook on life now, Mr Cronin has said he's open about what happened, and accepted it's part of his life.

"A lot of people say how traumatic it was, but for me it's like falling over and getting a scar on your knee; it's with you for life," he said.

"I'm open about it because I've now gotten to a point in my life where I know I'm not to blame, and it wasn't through anything I did because I was the victim, and I accept that." 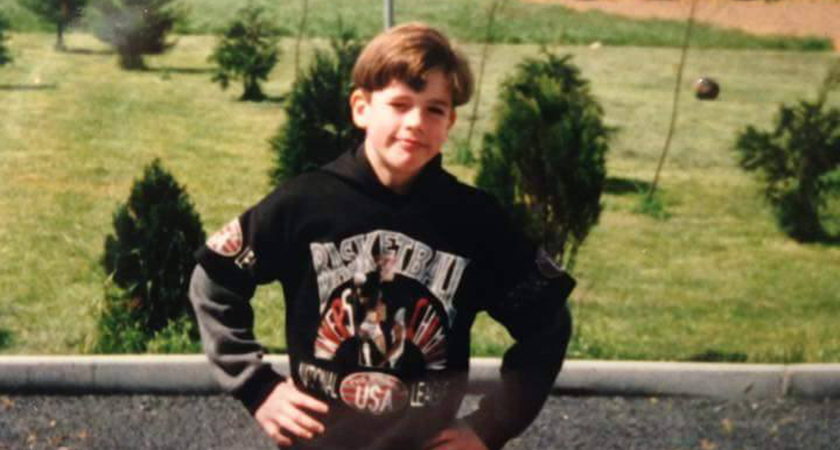 Daniel Cronin as a child

Mr Cronin has never received or pursued financial compensation for the abuse he suffered - he says he only wants answers as to why it was allowed to happen.

"After the offence had taken place and he had been sentenced, I never heard from the Department of Education, or the school board - no one contacted me to say sorry.

"I've never received an apology, and I'm pushing for that now as an adult," Mr Cronin told The Irish Post.

"Why was that allowed to happen in 1999? This wasn't historical abuse, it was only 20 years ago.

"It's still modern day abuse and I've never had any answers as to why this had taken place, or what has been implemented to stop it happening in the future."

Next week Mr Cronin will return to Ireland to meet with Micheál Martin, who was Minister for Eduction at the time of the abuse, and said he wants to put pressure on the Irish Government to answer questions.

"Questions need to be answered, and I hope Micheál Martin pushes for an enquiry to take place," Mr Cronin said.

If you have been affected by this story you can call Connect who provide professional telephone based counselling and support at freephone 1800 477 477 from the Republic of Ireland and 00800 477 477 77 from Northern Ireland and Britain.