A CHARITY offering counselling support to the Irish community across Britain will extend its services in Birmingham this month.

The West Midlands branch of the Immigrant Counselling & Psychotherapy (ICAP) service launches its new outreach initiative in conjunction with the Birmingham Irish Association on May 14.

They hope to help members of the Irish community overcome barriers that stop them seeking mental health care, by targeting people with “surface” issues such as anxiety and depression.

“This new service will bring us out into the community doing outreach with the Irish in and around Birmingham,” Maureen Slattery-Marsh, ICAP’s Clinical Manager for the West Midlands, told The Irish Post. 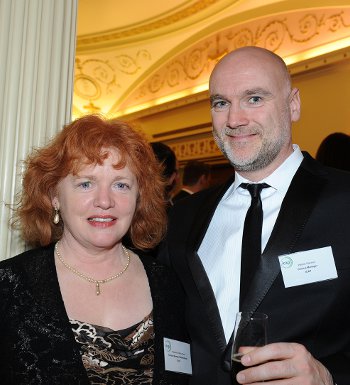 “We will base the sessions at the Birmingham Irish Association offices and offer free shorter term therapy and different mental health and wellbeing taster sessions for anyone who feels they might benefit from it,” she added.

“That may be someone who wants to address issues of hidden anxiety or a common range of emotional problems – such as anger management issues, depression or the feeling of having no one to turn to. Or they may be having relational conflicts or experiencing grief, loss or bereavement,” the psychotherapist, who has been with the ICAP charity since 2007, explained.

The programme, which begins on Thursday, May 14, will run in addition to the regular service offered at ICAP’s office in Birmingham – which provides counselling therapy to those with mental health needs, those facing emotional challenges and difficulties and institutional abuse survivors among the Irish community in the West Midlands.

Regarding the outreach project – which offers a six-session course of therapy with ICAP therapists at the BIA offices in Digbeth - Ms Slattery-Marsh is hopeful it will allow people to feel more confident about asking for help.

“Sometimes people find it difficult to think about a deeper need they might have, buy they can think of what’s happening on the surface, the symptoms or their presenting need, and as they work on that and get over the anxiety of coming for therapy those referrals may end up turning into other services or longer term sessions,” she explained.

“Some people need more than just a couple of sessions, they need something more substantial and if that arises in these sessions we can provide that.

“But the sessions will also be about teaching ways of managing their emotional wellbeing. So they can come along and we will do some one-to-one work, but we'll also offer some groups on mindfulness, stress management, finding meaning and belonging in life and making connections with life through other mediums – such as music and poetry therapy.”

She added: “Ultimately, one of the ongoing issues we deal with at ICAP is helping people overcome the barrier of admitting to any mental health issue or emotional need. It’s still seen as a sign of weakness and it’s a pattern of people who have emigrated that you put on your brave face and you don’t let your weaknesses be seen, but that can mitigate against your needs. We are working hard to tackle that issue.”

For further information about the ICAP charity, which also has a branch in London, and its services click here